Chandler Smith Continues To Impress With Runner-Up Finish in No. 51 iBUYPOWER Tundra at Bristol Motor Speedway 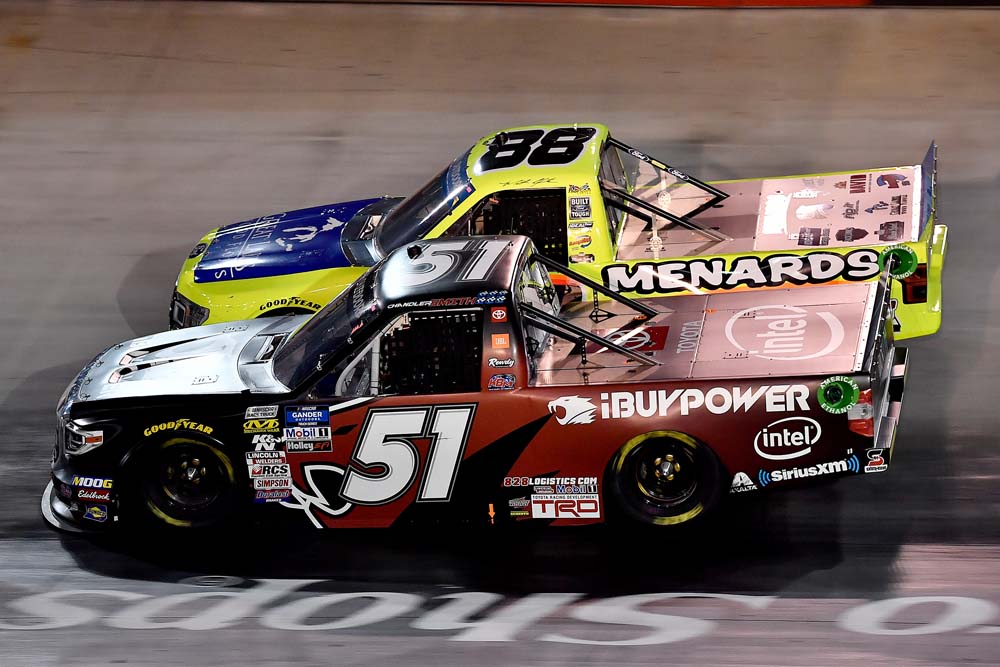 Chandler Smith continued to make an impression in the NASCAR Gander Outdoors Truck Series with a runner-up finish at Bristol Motor Speedway in just his third series start. On Thursday morning, Smith was 11th-fastest in both Gander Trucks practices. Under the hot sun on Thursday afternoon, Smith earned the seventh starting spot in one round of single-truck qualifying on the legendary, high-banked half-mile.

The green flag for the UNOH 200 flew under the lights on Thursday evening, and Smith began the race in seventh. Within 26 laps, the talented teenager had moved into the top five, where he remained, only falling back momentarily following a four-tire pit stop. Smith aggressively pursued the lead in the closing laps through several caution periods and restarts, but came up just short to eventual winner Brett Moffitt.

Chandler Smith, driver of the No. 51 iBUYPOWER Tundra for Kyle Busch Motorsports:

What would it have taken to get the win?

“He (Brett Moffitt) was just better all day. We fought back early in the race. We got up to the 45 (Ross Chastain) and Brett (Moffitt). We needed just a little bit more to sit where he is right now. I can’t thank Rudy (Fugle, crew chief), I can’t thank KBM (Kyle Busch Motorsports), iBUYPOWER, Toyota enough for this incredible opportunity. We’ve definitely made the most of it.”

Todd Gilliland, driver of the No. 4 Toyota Tundra, finished ninth

Harrison Burton, driver of the No. 18 Toyota Tundra, finished 23rd

Raphael Lessard, driver of the No. 46 Toyota Tundra, finished 12th

The No. 51 team leaves the 17th race of the season ranked third in the NASCAR Gander Outdoors Truck Series Owner’s Playoff Standings. The No. 51 has earned six wins, 10 top-five finishes and 12 top-10 finishes in 2019.

Alex Tagliani will pilot the No. 51 Tundra next week at Canadian Tire Motorsport Park, on Sunday, Aug. 25. Live coverage of the event begins at 2:30 p.m. EST on FS1.