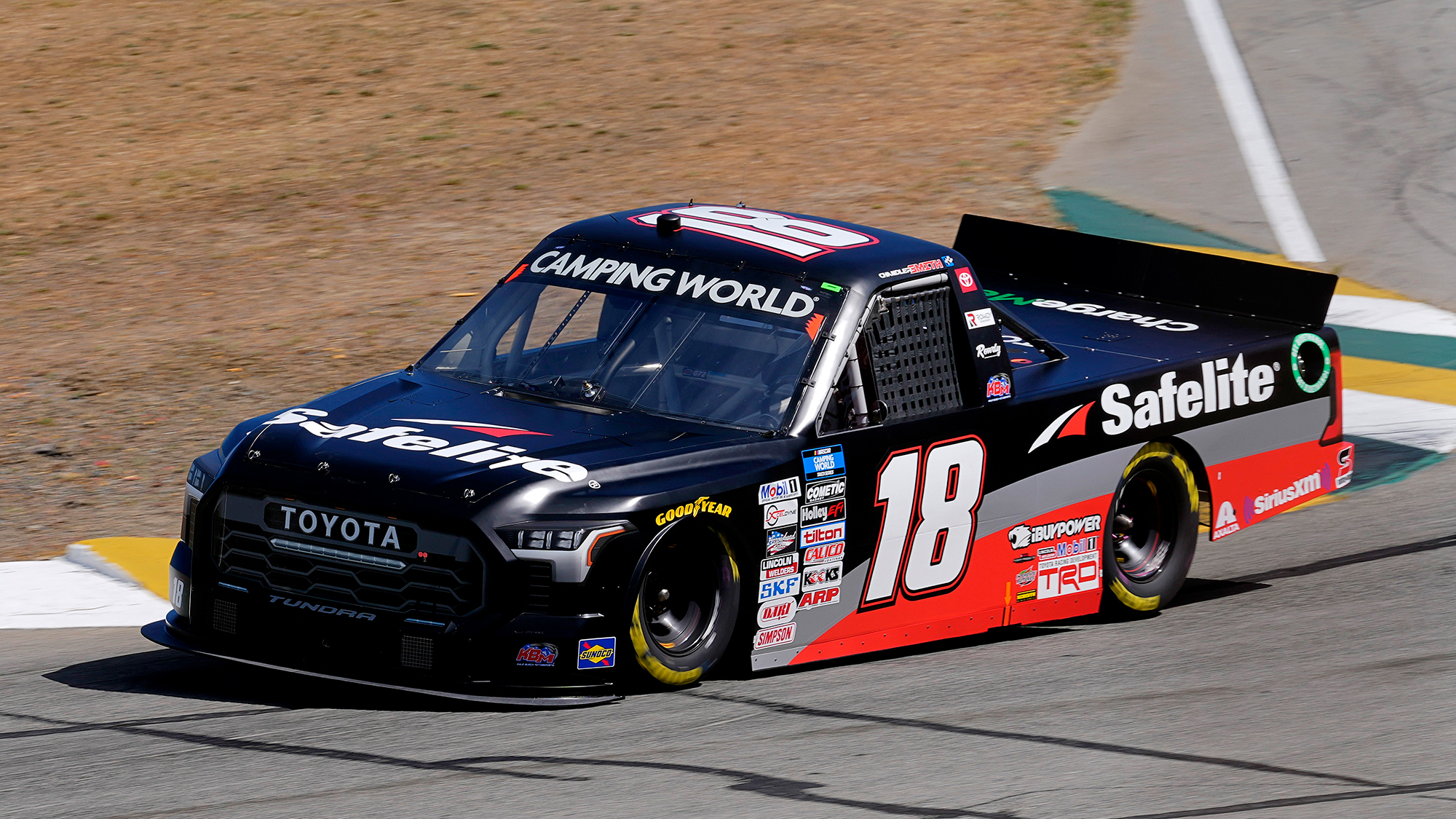 With a fifth-place finish at Sonoma on Saturday in the DoorDash 250, Chandler Smith closed the gap on reigning Truck Series champion Ben Rhodes to just five points with four races remaining to decide the regular season champion.

Smith’s fifth-place finish was his fifth consecutive top-10 finish and eighth overall across 12 starts in 2022.

Can you walk me through those last two laps?

“I made way too many mistakes honestly. I spun the tires like no tomorrow. We got clear and then the 38 (Zane Smith) got inside. Honestly, the race was so long at the very end – that green, white-checkered, when you got to the frontstretch, all the way to (turn) four, you couldn’t see at all and that threw me off so bad. Everybody was in the same boat, but I couldn’t literally see anything whatsoever. It threw me off really bad honestly, but I’m really happy. It was a really good big, picture day for my Safelite AutoGlass Toyota Tundra. With that being sad, happy for everybody at KBM (Kyle Busch Motorsports). Looking forward to going to play in some dirt.”

Next Race: Smith will be behind the wheel of the No. 18 Charge Me Tundra TRD Pro when the NASCAR Camping World Truck Series resumes action Saturday, June 18th at Knoxville (Tenn.) Raceway. Live coverage of the Clean Harbor 150 will be on FS1, Motor Racing Network and SiriusXM at 9 p.m. ET.