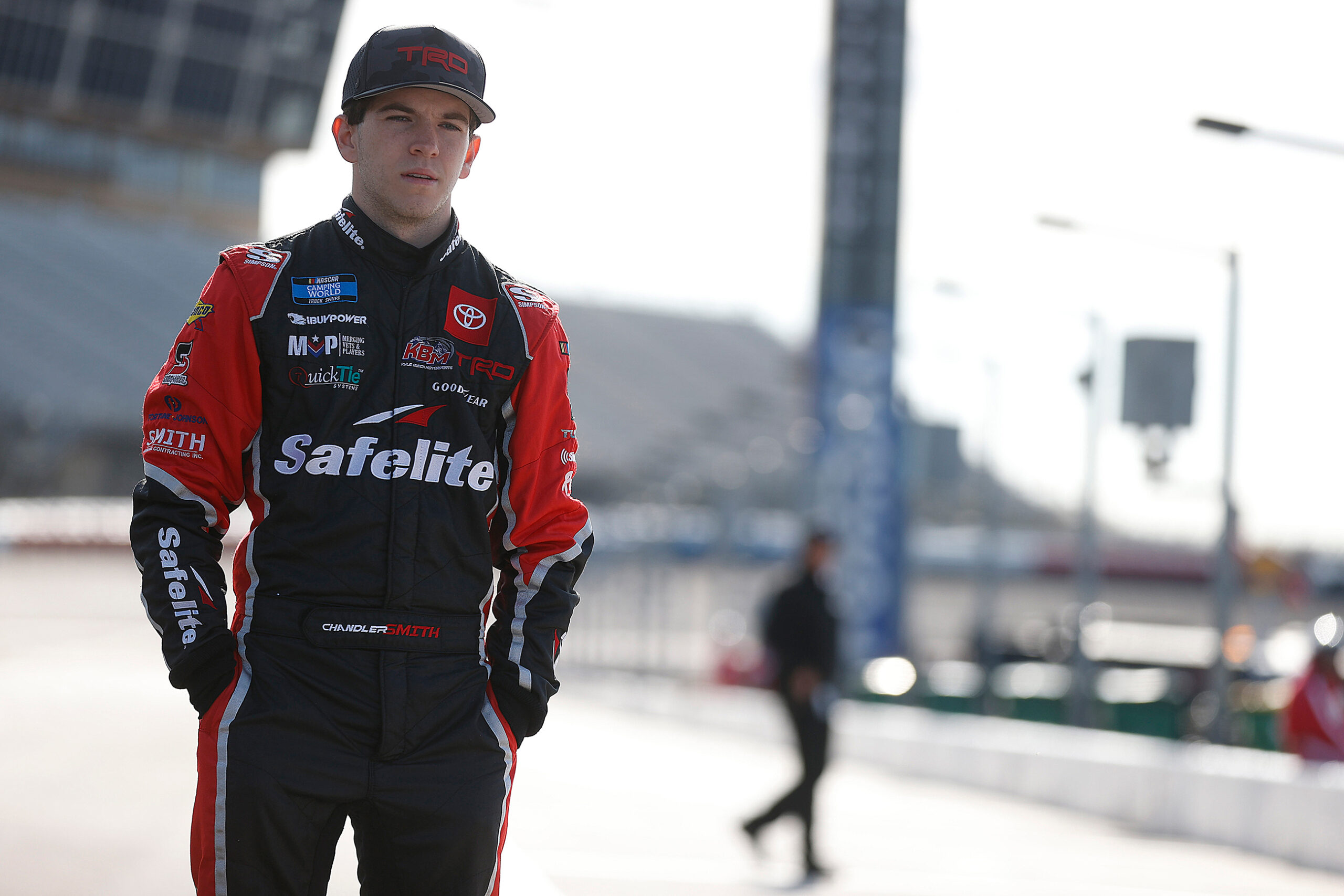 How do you prepare for one of the newest tracks on the schedule?

“I actually was at COTA not too long ago in a Trans Am car, kind of testing and getting some laps overall. I’ve only been to COTA, this will be my fourth time overall, I’ve been in a TA2 car, I’ve been there in a truck, and I’ve also went and done some driving experience just to get overall laps there. I honestly love the track. Before it rained at the Truck Series race, we were really good, but it took a little while for me to catch up in the rain. Hopefully, it stays dry, and we should have a good showing in our Safelite Tundra.”

Does leading the points after three races give you confidence looking forward?

“Yeah, for sure, every little bit helps. Having a cushion, having a buffer, always helps for a rainy day, so I’m glad overall that we had a solid points day at Atlanta.”

You were able to beat Kyle at Las Vegas. Are you looking forward to racing against him again this weekend?

KBM-72: The No. 18 Safelite team will unload KBM-72 for Saturday’s race at COTA. In its lone start last year at Watkins Glen (N.Y.) International, Smith crossed the finish line in the 18th position but was credited with a 40th-place finish after his Tundra failed the height requirement in post-race inspection.