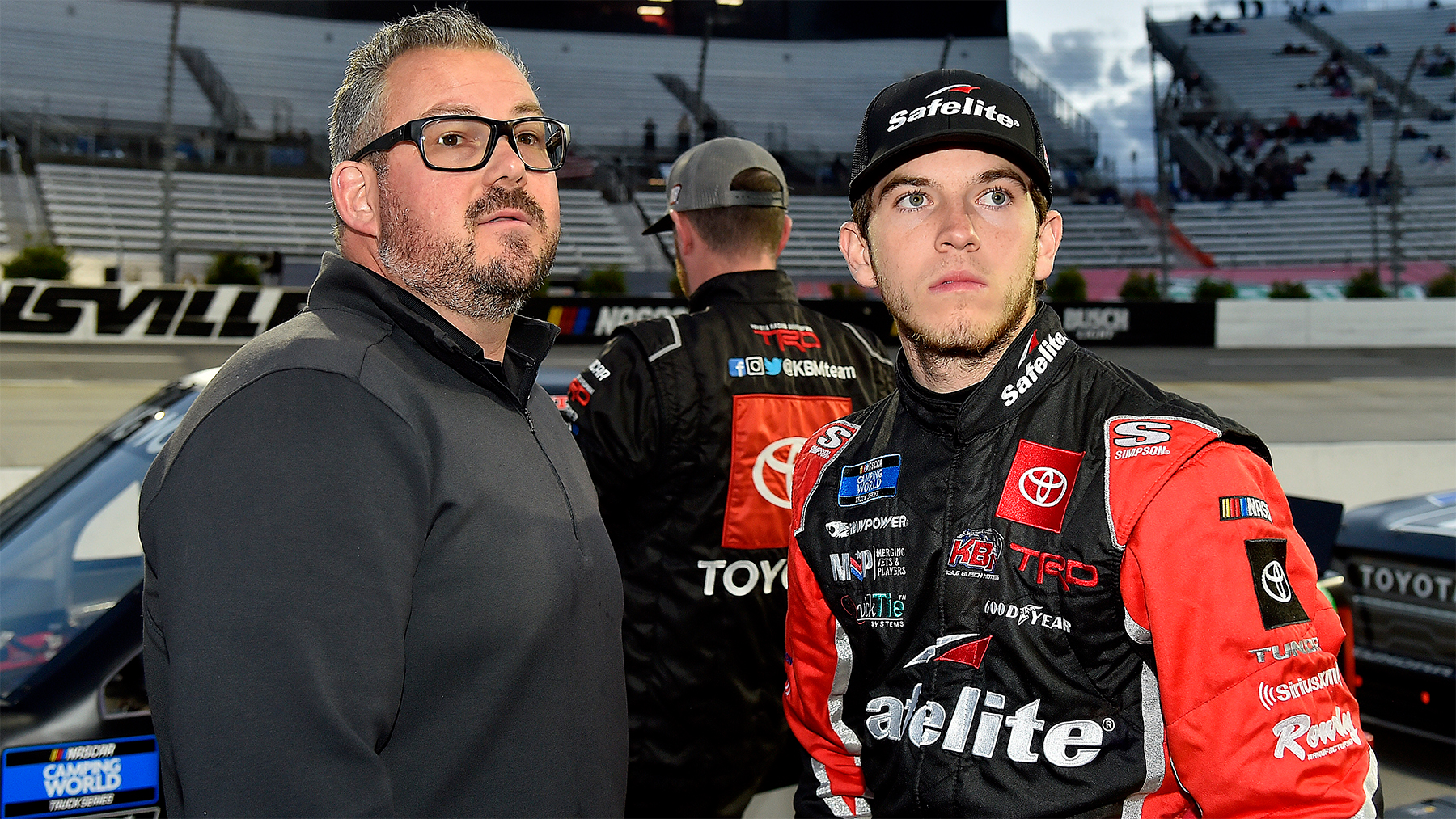 Are you looking forward to going back to race on dirt at Bristol?

“We had a lot of speed at the Bristol dirt race last year but got taken out early on and didn’t get to showcase what we were made of. This is going to be the first race for Charge Me being the primary sponsor of the truck. It’s going to be really exciting for them to be on my truck for Bristol dirt as it’s a good track for myself.”

What’s been the key to having four straight top-10 finishes?

Are you excited to have Charge Me as a new primary sponsor this week?

“We have a few races lined up with them this year – it’s really exciting. They are a really great company and have a lot of good things coming as a company and getting involved in the NASCAR world. I’m really excited to be a little part of their journey.”

KBM-52: The No. 18 Charge Me team will unload KBM-52 for Saturday’s race at the Bristol Dirt Track. It is the same Toyota that Smith picked up his first career Truck Series victory with last September on the concrete track at Bristol. The win was the first for KBM-52 across its 12 career starts, prior to that the best result for that chassis was a runner-up finish with Kyle Busch in its debut at Kansas Speedway in 2018.