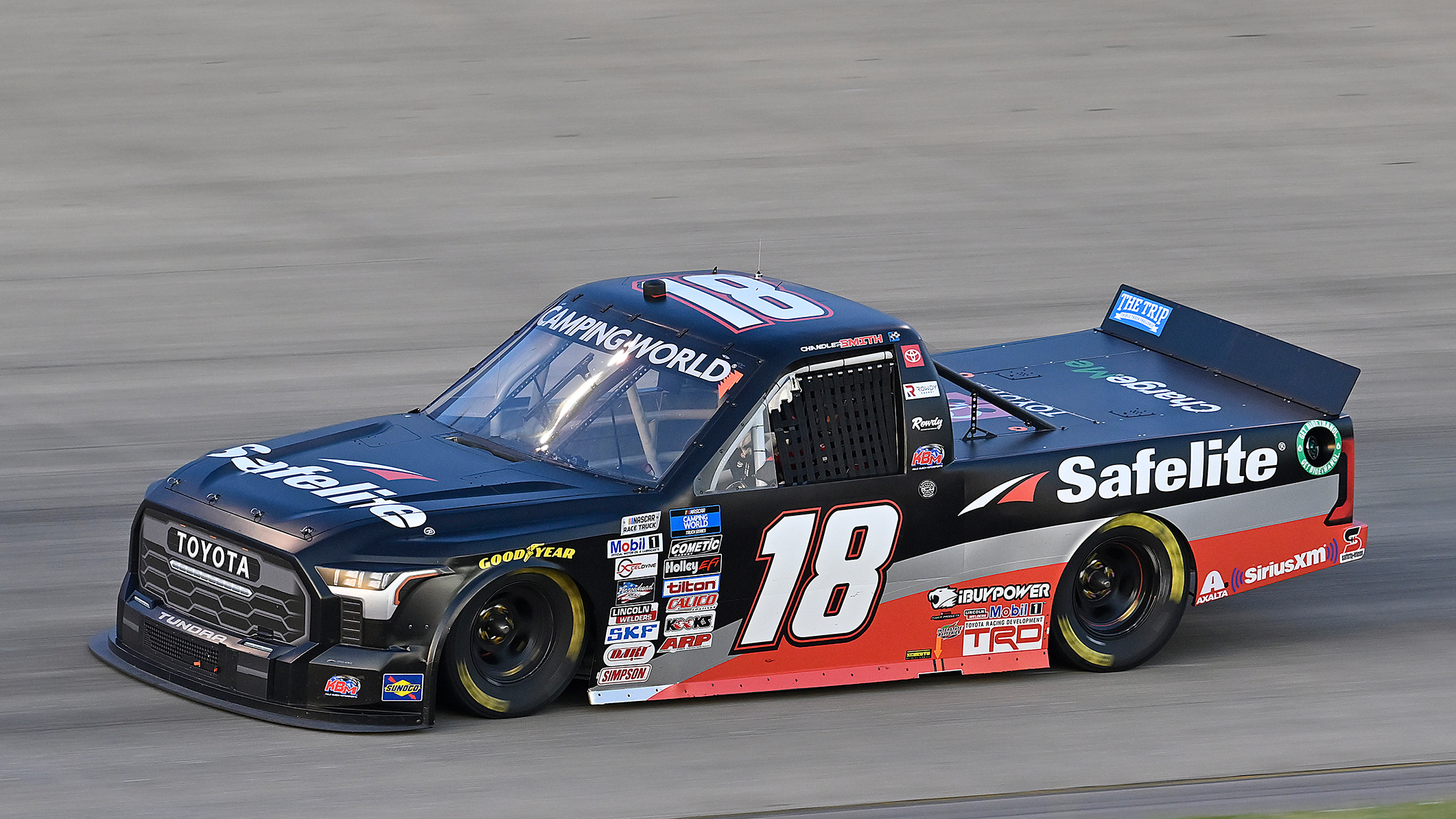 Chandler Smith started Friday’s Rackley Roofing 200 out strong finishing fifth in Stage One but had to overcome adversity the remainder of the event. He battled an ill-handling Safelite Tundra TRD Pro in Stage Two and in the Final Stage his over-the-wall crew was hit with a penalty, and he got caught up in an accident.

Despite all that, Smith battled from outside the top 20 in the closing laps to bring home a 15th-place finish.

Smith will be behind the wheel of the No. 18 Charge Me Tundra TRD Pro when the NASCAR Camping World Truck Series resumes action Saturday, July 9th at Mid-Ohio Sports Car Course in Lexington. Live coverage of the O’Reilly Auto Parts 150 will be on FS1, Motor Racing Network and SiriusXM at 12:30 p.m. ET.