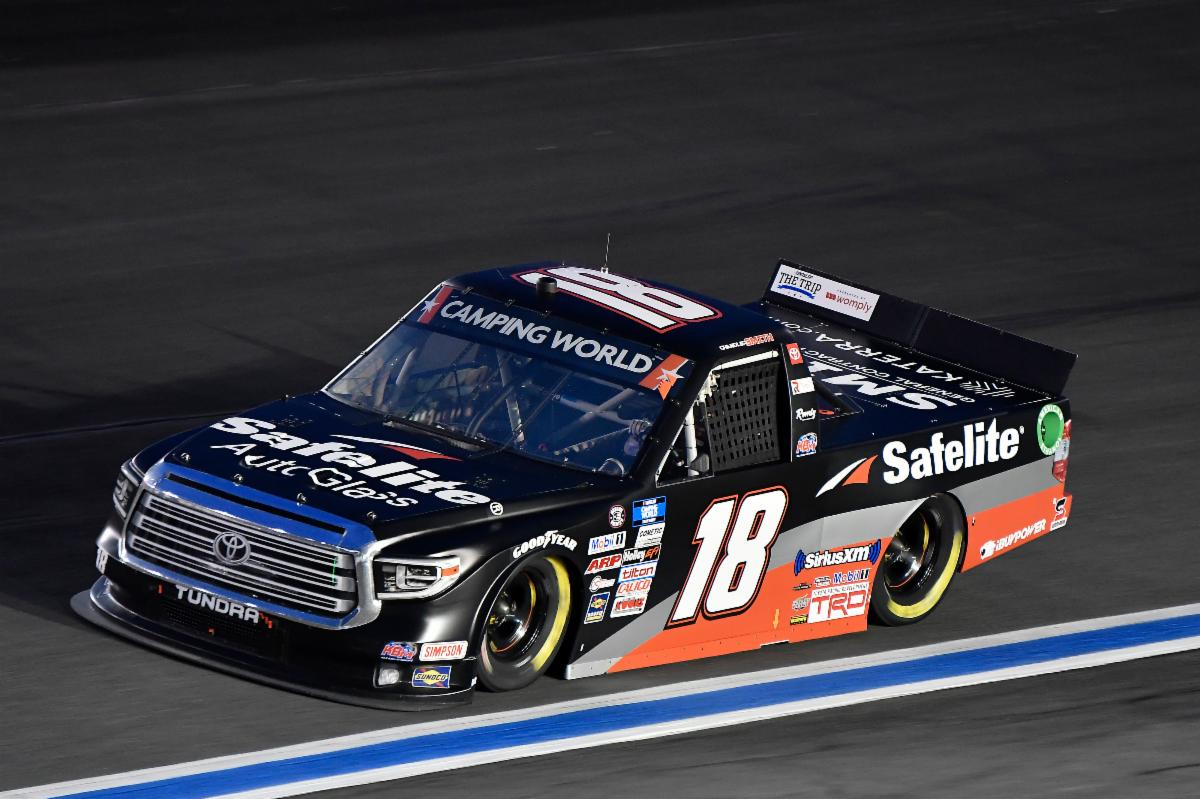 After contact with another competitor just before the halfway mark of the N.C. Education Lottery 200 caused significant damage to the right rear quarter panel and bumper of the Safelite Tundra, the over-the-wall team was able to piece it back together over a handful of pit stops which allowed Chandler Smith to battle back to a sixth-place finish.

“Our mindset going into tonight was that we were just going to be patient and work our way through the field. We knew that we were going to have a good Safelite AutoGlass Toyota Tundra. We just needed to pick and choose our battles and we would get there eventually. The 13 (Johnny Sauter) and I got into it on a restart. Ended up taking a good bit of our sideforce away on the right-rear quarter panel, so we had to fix that because it was almost undrivable. Then when we fixed that, we made the call to get a little track position. Then once we got a little track position, we started picking our way through the field and captured a P-6 finish.”

Smith will be back behind the wheel of the No. 18 Safelite AutoGlass Tundra when the NASCAR Camping World Truck Series resumes action Saturday June 12 at Texas Motor Speedway in Fort Worth. Live coverage of the SpeedyCash.com 220 will be on FS1, Motor Racing Network and SiriusXM at 1 p.m. ET.