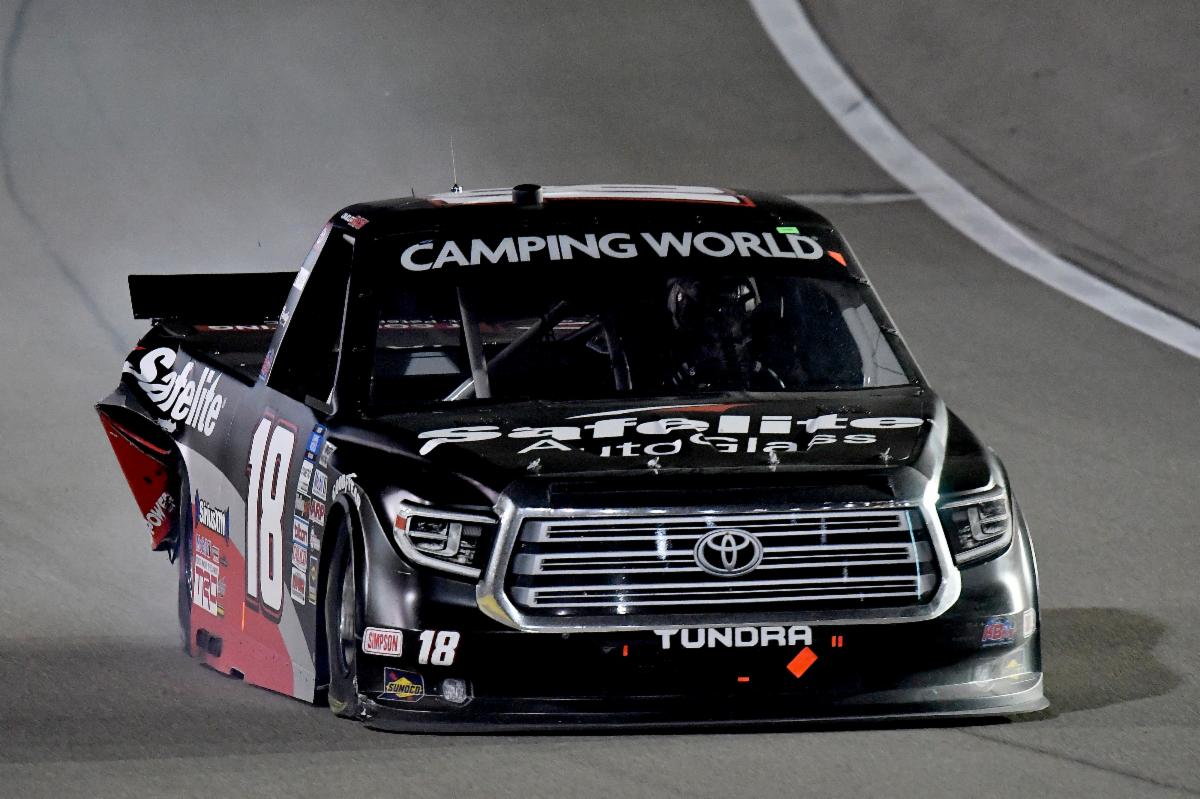 After getting spun early in the Final Stage of Friday night’s Bucked Up 200 at Las Vegas Motor Speedway and sustaining major damage to the rear of the No. 18 Safelite Tundra, Chandler Smith was able to muster a 19th-place finish. Under each and every caution the rest of the event, the over-the-wall crew used everything but the kitchen sink to make repairs to their Toyota and helped muster a 19th-place finish.

Smith will be behind the wheel of the No. 18 Safelite Tundra when the NASCAR Camping World Truck Series resumes action on Saturday March 20 at the Atlanta (Ga.) Motor Speedway. Live coverage of the Fr8Auctions 200 will be on FS1, Motor Racing Network and SiriusXM at 2:30 p.m. ET.