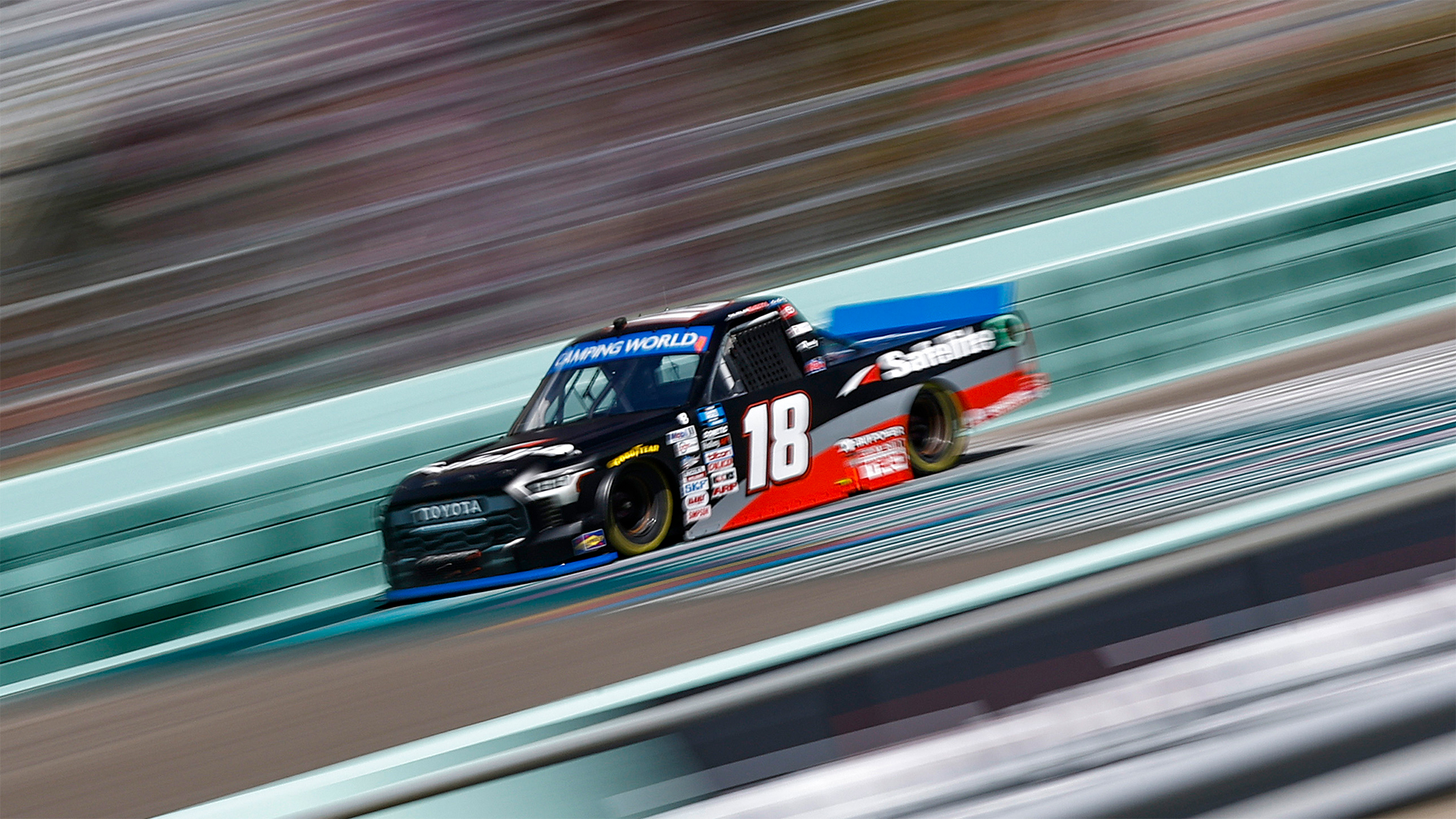 Chandler Smith entered the final race in the Round of 8 at Homestead-Miami Speedway 30 points above the cutoff line for advancing to the Championship 4 and knew that he had to just survive and post a decent finish in order to advance to the Championship 4 at Phoenix (Ariz.) Raceway. Smith and the No. 18 Safelite team did just what they needed all day finishing seventh in Stage One, 10th in Stage Two and bringing home a 10th-place finish.

With the 10th-place result, Smith finished 13 points above the cutoff line and the 20-year-old diver will compete for his first NASCAR championship in two weeks at Phoenix.

Chandler Smith, driver of the No. 18 Safelite Tundra TRD Pro for KBM:

What does it mean to know that you’ll get to compete for the championship in Phoenix?

“That’s what we’ve been working on since we had a cushion after Talladega. Just starting to work on Phoenix stuff. We did work on things for this race. We knew we had to have a solid truck and not just completely bank on pointing our way in and we wanted to come here and try to win. But we just missed it here today. But that being said, we are all focused on going to run for a championship and I’m happy for that. Just being here with my Safelite KBM group, this is awesome to have the opportunity to go and run for a championship. I don’t know if I’ll ever get to do this again in my career. So really, really thankful for the opportunity. Just super blessed right now and feeling humbled.”

Are you one of the favorites along with Ty Majeski for the championship?

“I’ll let that be up to you guys. I think we should be okay at Phoenix. We were good there last year, good the year before and the year before that. So, I feel that’s a track that I do like. I feel like we have a really good package there obviously with how we did last year. At the end of the day, we’re racing for a championship. We made it this far and there’s a lot for us to be proud of this season no matter how you look at it.”

Smith advances to the Championship 4 after finishing third on the playoff grid, 13 points above the cutoff line in the Round of 8.

Smith will be behind the wheel of the No. 18 Safelite Tundra TRD Pro when the NASCAR Camping World Truck Series heads to Phoenix (Ariz.) Raceway Nov. 3 for the Championship race. Live coverage of the Lucas Oil 200 will be on FS1, Motor Racing Network, and SiriusXM at 10 p.m. ET.