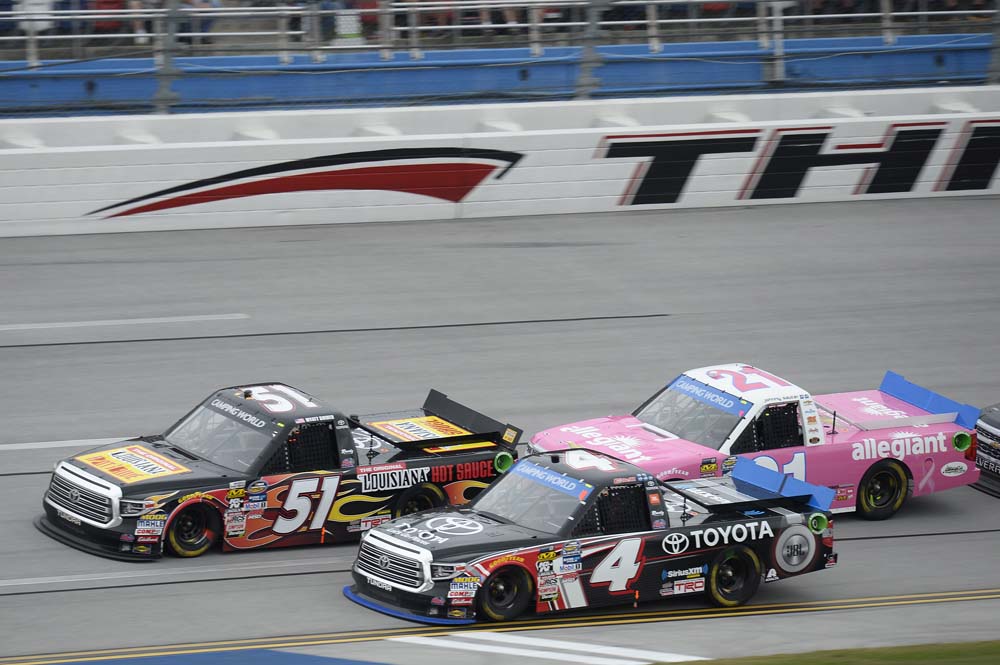 Following an exciting 95-lap race, Myatt Snider brought his No. 51 Louisiana Hot Sauce Toyota Tundra home third in Saturday’s Fred’s 250 at Talladega (Ala.) Superspeedway. Snider, who was making the seventh start of his NASCAR Camping World Truck Series (NCWTS) career and fifth of 2017, earned his career-best finish and helped the No. 51 Tundra team advance to the Round of 6 of the Truck Series Owner’s Playoffs. 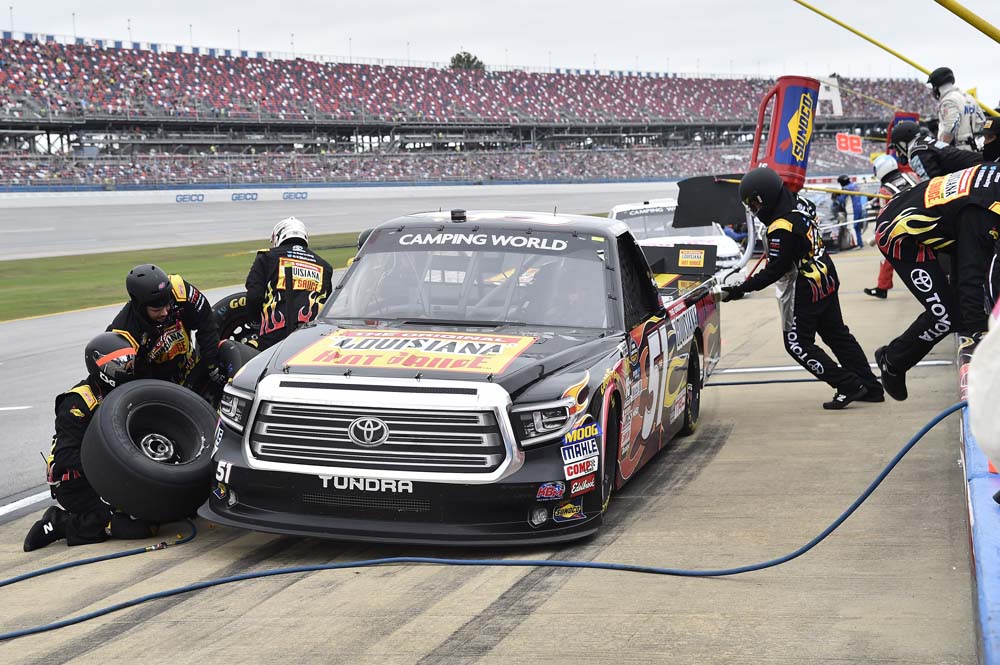 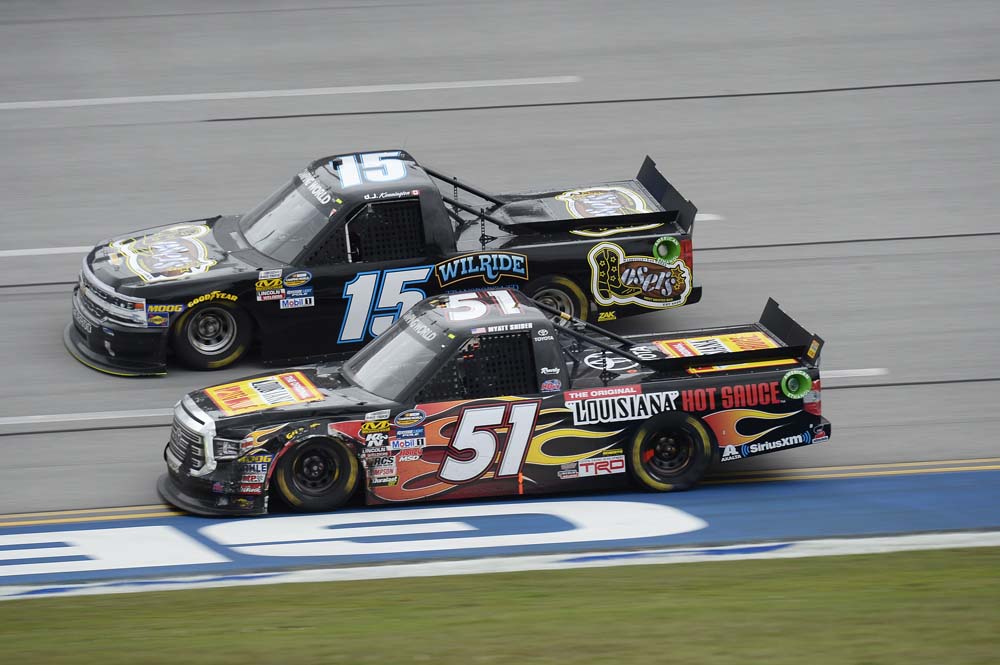 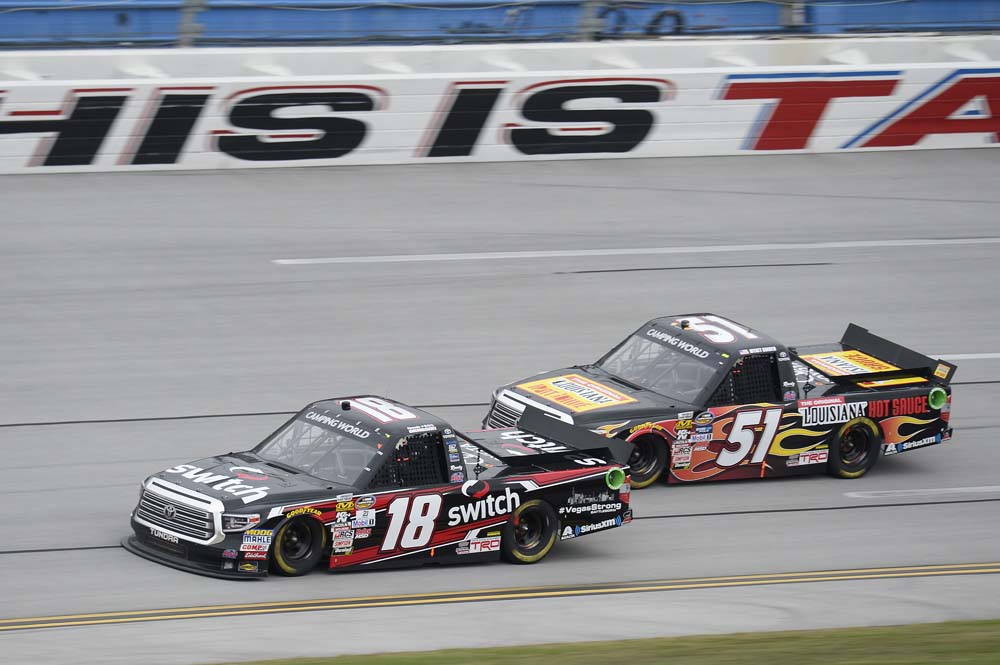 “Well if you’ve ever gone to an amusement park and been on a rollercoaster that’s pretty much what Talladega is like. We had a crazy day. My KBM (Kyle Busch Motorsports) Louisiana Hot Sauce Toyota Tundra was really fast all day. We had good speed and were able to draft really well. It was just a wild race. We had a little bit of an incident there with the 13 (Cody Coughlin) – I don’t know exactly what happened, but it looks like he got up into me or I got down on him. It happened so fast. I’m just proud of these guys for giving me greatpit stops and a great truck and a great sponsor. Just a great result and happy for this whole team.”

The No. 51 Toyota Racing team finished the Round of 8 fifth in the Truck Series Owner Championship Standings with 2,109 points and advances to the Round of 6.

The Truck Series returns to action in two weeks at Martinsville Speedway on Saturday, Oct. 28.  Live coverage of the race begins with the NCWTS Setup Show at 12:30 p.m. ET on FOX Sports 1.