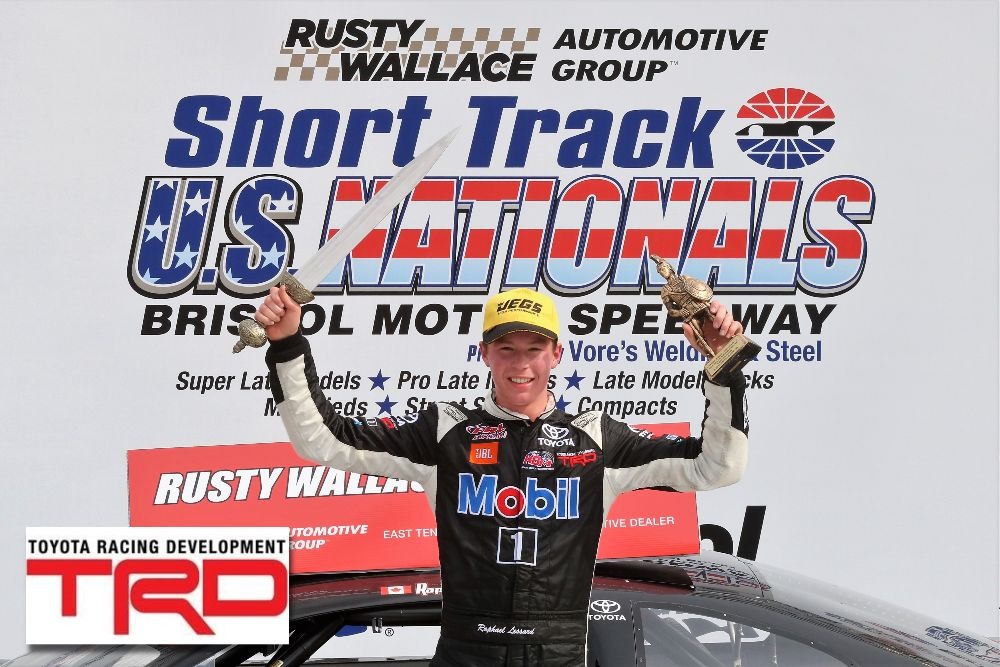 Lessard won two marquee events driving KBM’s famed No. 51 Super Late Model last season; the Short Track U.S. Nationals at Bristol (Tenn.) Motor Speedway in May and the Red Bud 400 ARCA/CRA Super Series race at Anderson (Ind.) Speedway in July. Overall in 16 starts for KBM split across the CARS Super Late Model Tour, the Southern Super Series and the ARCA/CRA Super Series, the talented teenager posted two wins, three poles, seven top-five and 10 top-10 finishes in 2018. He also competed in the prestigious Snowball Derby at 5 Flags Speedway in Pensacola, Fla. where he started seventh, led 68 laps and was in a position to contend for the win before a fluid leak ended his day with nine laps remaining.

“Driving for KBM I will be assured of having one of the best vehicles in the Truck Series and that will allow me to go for the win every time out,” Lessard said. “KBM is a team of winners, and I intend to take full advantage of the great situation I find myself in.”

“It’s rewarding as an owner to see the progression of young drivers like Raphael, and Erik Jones and Christopher Bell before him, that start out in our Super Late Models as part of the Toyota Racing Development program and are able to turn that into an opportunity to compete in the Trucks Series,” owner Kyle Busch said. “Raphael was really fast in our Super Late Models last season and added a couple of marquee wins to KBM’s resume. We expect that he’ll be able to step right in and be competitive as he makes the jump to the next level.”

The Quebec native captured the 2016 CARS Super Late Model Tour championship after recording four wins, one pole, 157 laps led, eight top-five and nine top-10 finishes across 10 races. He also finished inside the top-10 in three premiere events that year; the All-American 400, the Winchester 400 and the Snowball Derby. In 2017, Lessard earned his fifth career CARS Tour win while competing in a limited schedule, captured the pole and won the shootout race for the inaugural U.S. Short Track Nationals at Bristol and posted an average finish of 11.5 in two ARCA Racing Series starts.

Lessard’s crew chief and sponsors for his No. 46 Tundra will be announced at a later date.

Toyota (NYSE:TM), creator of the Prius hybrid and the Mirai fuel cell vehicle, is committed to building vehicles for the way people live through our Toyota and Lexus brands. Over the past 60 years, we’ve built more than 30 million cars and trucks in North America, where we operate 14 manufacturing plants (10 in the U.S.) and directly employ more than 44,000 people (more than 34,000 in the U.S.).  Our 1,800 North American dealerships (nearly 1,500 in the U.S.) sold nearly 2.6 million cars and trucks (2.45 million in the U.S.) in 2016 – and about 85 percent of all Toyota vehicles sold over the past 15 years are still on the road today.

Since debuting in 2010, Kyle Busch Motorsports (KBM) has quickly established itself as one of the most successful teams in all of NASCAR. Owned by 2015 Cup Series champion Kyle Busch and fueled by his passion for winning, the organization holds the Gander Outdoors Truck Series records for most career wins (68) and most wins in a single season (14 in 2014). In addition to collecting a series-record six Owner’s Championships, the organization has produced two championship-winning drivers; Erik Jones (2015) and Christopher Bell (2017).