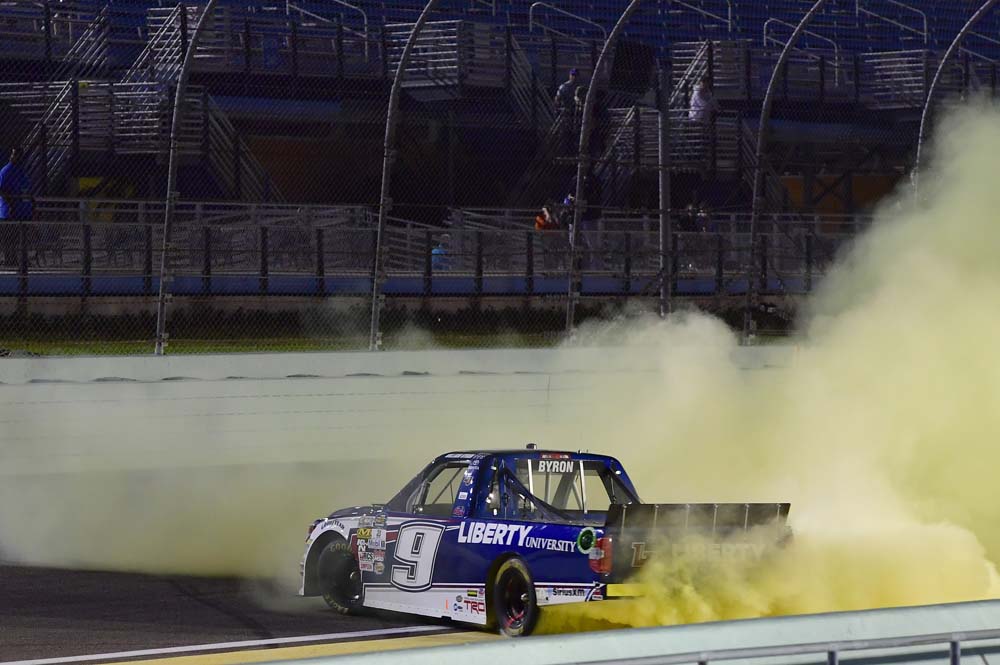 After having his seventh win and a shot at the NASCAR Camping World Truck Series (NCWTS) driver’s championship slip away from him in the closing laps at Phoenix last weekend, William Byron was determined to get one more win in his last race with Kyle Busch Motorsports (KBM). That’s exactly what he did and in the process claimed the owner’s championship for KBM. 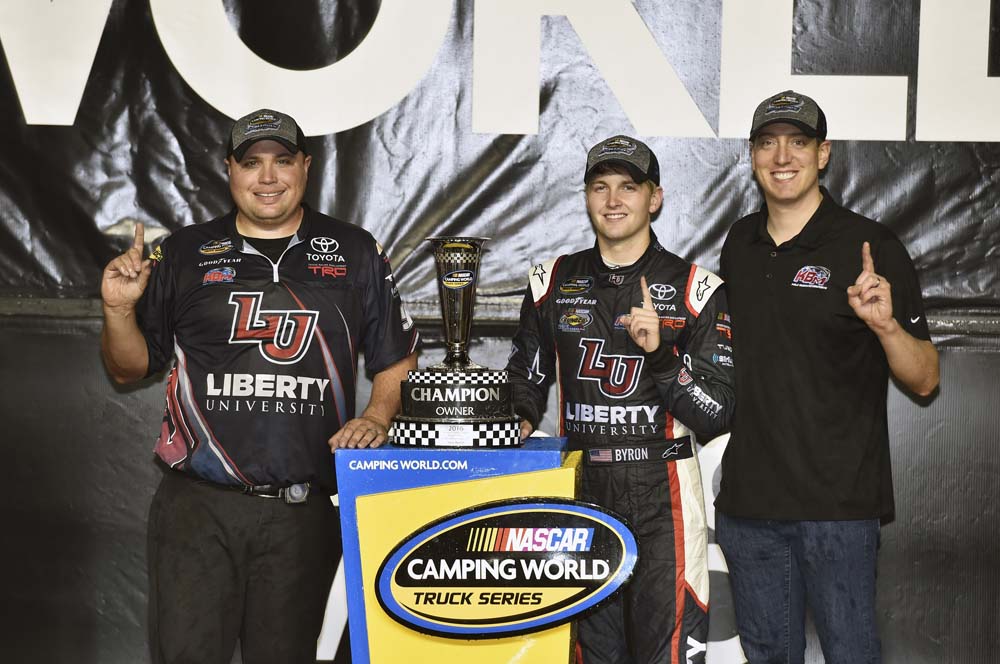 Byron started from the pole for the second-consecutive week. The No. 9 Liberty University Tundra was tight early in the race, but with adjustments during each pit stop the handling improved throughout the race. Byron led six times for a total of 31 laps during the 200-lap event.

He was eighth after pitting on lap 111, but when the race resumed Byron was a man on a mission. He gained three positions after the restart and took the lead by lap 125. He pulled away from the field for the final 10 laps and crossed the finish line 2.175 seconds ahead of his closest competitor.

“It feels awesome,” Byron said. “It’s just – it’s incredible. I mean this team has worked so hard all year. We just had an unfortunate situation last week that we couldn’t control, but man, they brought a good truck. We qualified on the pole. These guys just are awesome. I just hate not being together with this team next year. It’s just insane how good they are and so many talented people on this race team. I can’t thank KBM (Kyle Busch Motorsports) enough, Toyota, Kyle and Samantha (Busch), everyone at KBM, Liberty University – it’s just amazing.”

Following Byron across the finish line were Tyler Reddick, Johnny Sauter, Kyle Larson and Daniel Hemric rounded out the top five. KBM’s Daniel Suarez was sixth, Christopher Bell finished eighth and Noah Gragson, who will be a full-time driver for KBM in 2017, finished 15th in his second Truck Series start.