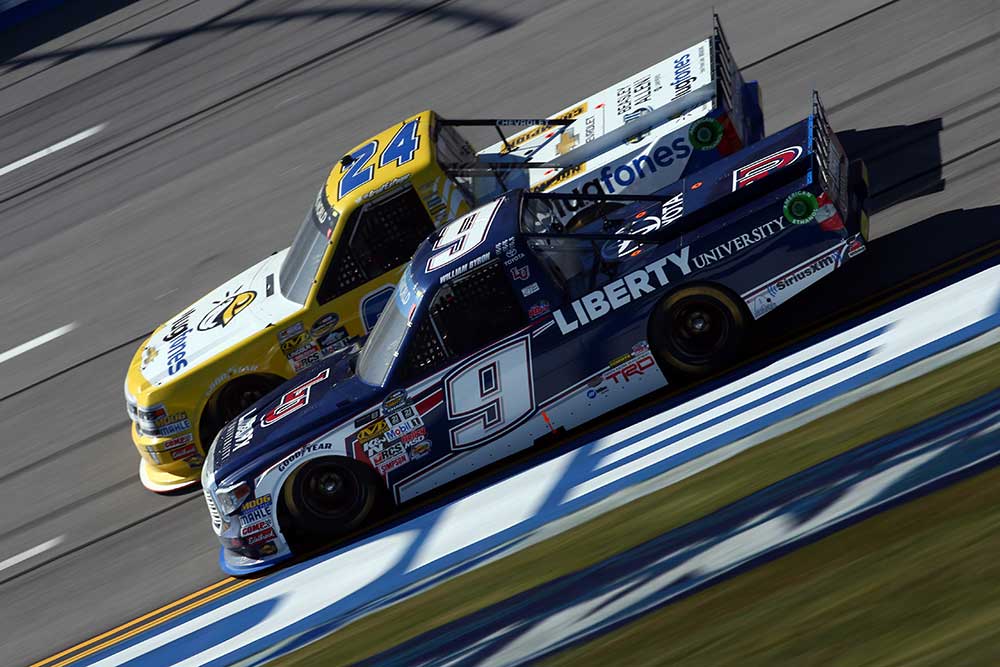 From the time The Chase was announced in the NASCAR Camping World Truck Series (NCWTS), all the teams knew racing at Talladega Superspeedway would be the wildcard race. Luckily, William Byron entered Talladega as the only driver who knew he was locked into the next round thanks to his win at New Hampshire Motor Speedway last month. Without the pressure of a cut-off race, he was able to just focus on gaining experience restrictor-plate racing and going for the win. 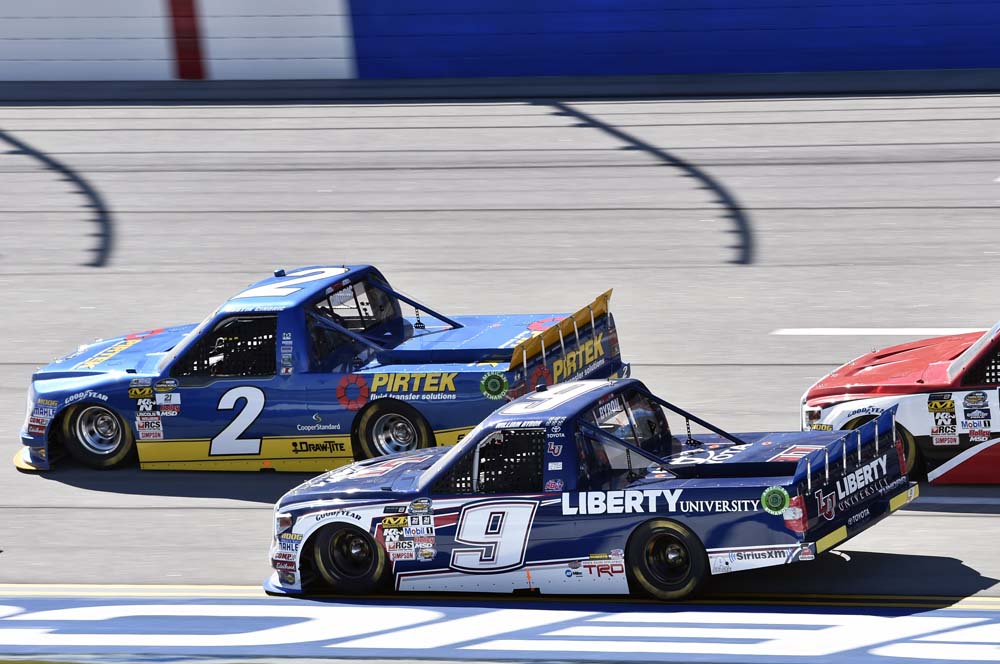 Byron started eighth and remained in the top 10 for most of the 94-lap event, until lap 60 when he was caught up in a 14-truck accident which involved several of the trucks in the front of the field. He almost had the accident cleared, but when he tried to move low his Liberty University Tundra got caught on the transition from the banking to the apron, which spun him into the grass. He made several pit stops under caution for the Kyle Busch Motorsports team to fix the damage.

Byron resumed the race on lap 69 in 18th place and was back in the top 10 within 20 laps. The final caution of the race came when Chase contender Matt Crafton had engine issues. After NASCAR officials cleaned up the oil around the track there were two laps remaining in the race.

When the green flag flew, Byron was eighth and worked his way up to six as he took the white flag. As the field fanned out coming to the finish line, he was shuffled back to 10th.

“I was proud we got a top 10 there and proud we could finish 10th and move on to the next round,” Byron said. “We already were locked in, but it was good to get some more experience on these plate races and just be able to contend there a little bit at the end. Unfortunately we had some damage, but I felt like our Liberty University Tundra was still in contention there in the closing laps so that was good.

“Next week we’ll just get back to a rhythm, or a normal version of the races for us. Martinsville is pretty strong for us and we finished third there in the spring, so hopefully we can just bring a strong truck and have a good race there and move on to the final round. We’re going for a win there for sure.”

After racing at the biggest track of the season, next week the Truck Series heads to the half-mile of Martinsville (Va.) Speedway on Saturday, October 29 to kick off the Round of 6. Live coverage of the Truck Series race will air on FS1 at 1:30 p.m. ET.