Byron Scores a Top-10 Finish North of the Border 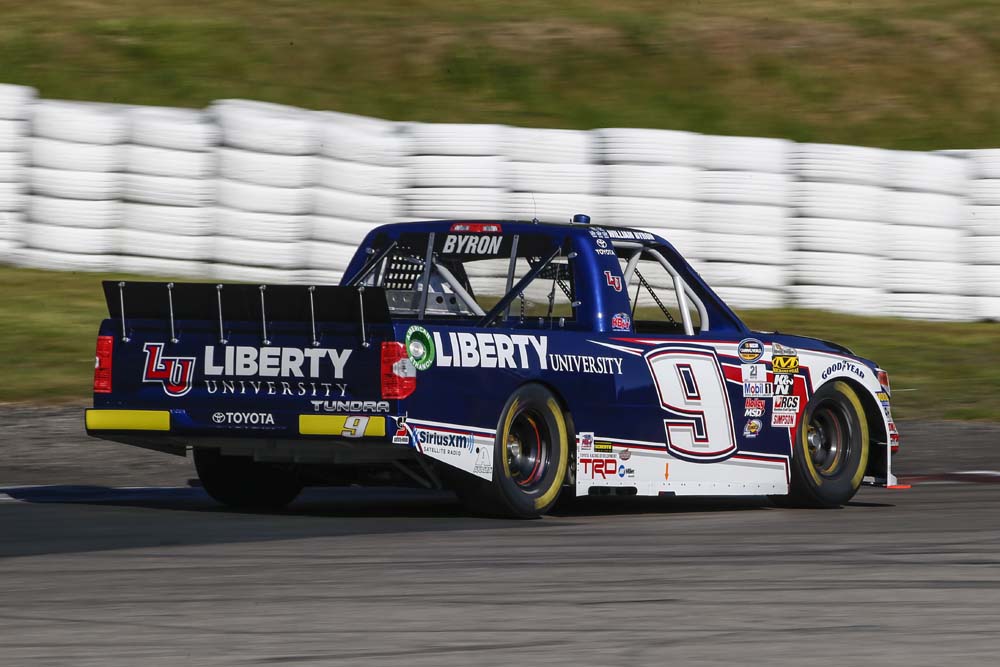 Sunday at Canadian Tire Motorsport Park in Bowmanville, Ont., including beating, banging, a controversial finish and even a little fighting. Luckily William Byron was not involved in too much of that and was able to finish the race in 10th place.

Road course racing is very different from the oval tracks where NASCAR usually races, so different strategy is required as well. Before the race even began crew chief Rudy Fugle knew when he planned to pit to make it to the finish with two stops and maximize track position.

After starting fifth, Byron was as high as third until the first planned stop under green on lap 18. Although he fell back to 23rd, he regained a lot of positions when the caution clock slowed the field a few laps later. Byron jumped back up to ninth after the restart on lap 30. 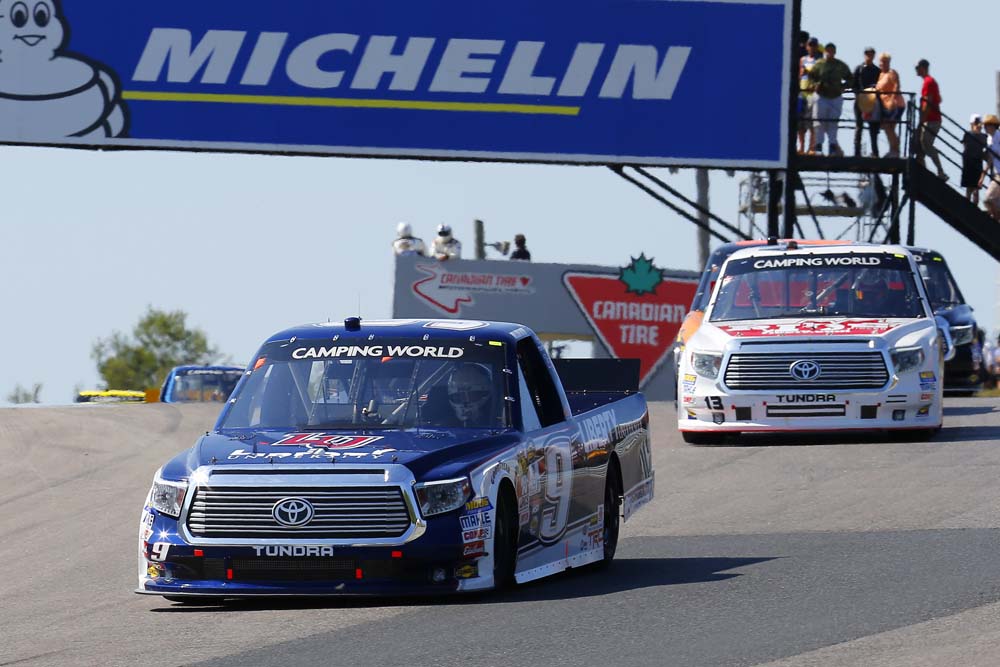 Just before halfway, Fugle instructed Byron to pit for what should have been the final stop of the race on lap 31. After returning to the track in 25th place after the stop, Byron stayed out during the next caution and was 11th with 16 laps to go.

With 15 to go, Byron was the victim of some aggressive driving by Ryan Truex and was spun in turn three. Luckily there was no serious damage to the Liberty University Tundra and Byron was able to drive away, although in 26th place. With nothing to lose, he pitted under the next caution for fresh tires and fuel, which was a smart call since the race would go into overtime in the final laps.

A late caution with three laps to go sent the race into overtime. Byron was 13th for the restart. Coming to the finish line Cole Custer and John Hunter Nemechek were battling for the lead, when Nemechek ran Custer off the track into the grass for the win. Once the scoring was finalized, NASCAR showed Byron in 10th place just as Custer ran from his truck to tackle Nemechek at the finish line before officials separated the two drivers.

“We had a fast Liberty University Tundra,” Byron said. “We were probably a top-five or six truck and we had the strategy right to where we were going to come out sixth there and we just got spun out. Just a little bit of impatience behind me and that’s kind of the name of the game with road course racing lately. It was an okay day and I learned a lot. Our Tundra was pretty strong and we’ll just move on to the next one and try to get a win at Chicagoland, somewhere where I think we can have success.”

After a weekend off, the Truck Series heads to Chicagoland Speedway on Friday, September 16 for the final regular-season race before the Chase begins. Live coverage of the Truck Series race will air on Fox Sports 1 at 8:30 p.m. ET.