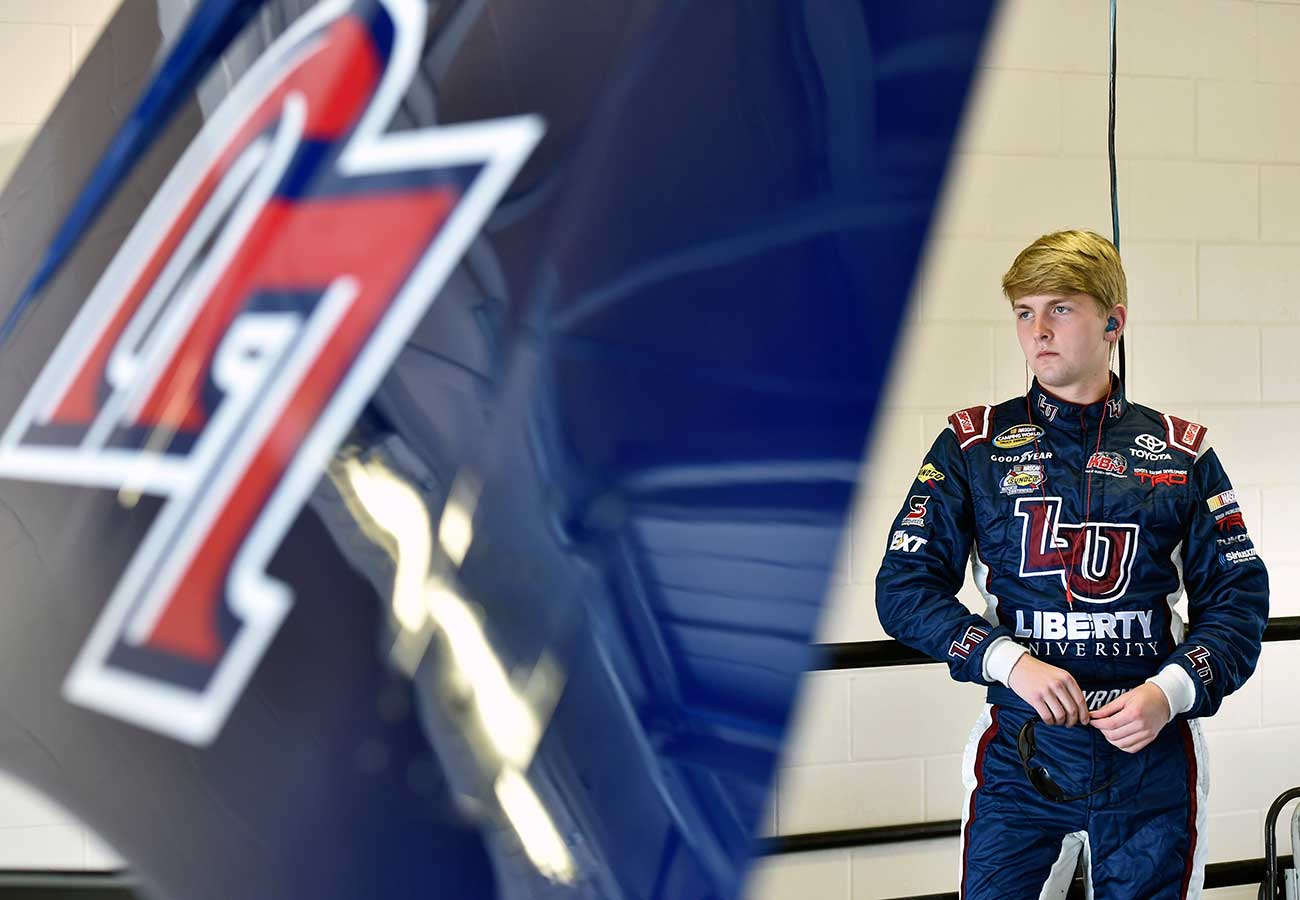 MOORESVILLE, N.C. (June 7, 2016) – Although he graduated high school last month and does not leave for his freshman year at Liberty University until August, William Byron remains busy with homework and studying. He has never raced at two of the next three stops on the NASCAR Camping World Truck Series (NCWTS) schedule, Texas Motor Speedway and Gateway Motorsports Park, so in his quest for knowledge he has been watching past race broadcasts and reading the race notes which Kyle Busch Motorsports (KBM) has accumulated in recent years to be better prepared for his upcoming tests.

The key to acing an exam is to have good notes to review, and Byron will have some great notes to study from for Friday night’s Rattlesnake 400. Last November Erik Jones won the Texas race after leading 117 of 147 laps with Byron’s current crew chief, Rudy Fugle, atop the pit box. His KBM teammate, Christopher Bell, also earned an eighth-place finish at the 1.5-mile track last November. Bell and Byron are both in their first full season in the Truck Series and competing against each other for the Sunoco Rookie of the Year award (Byron is currently first and Bell second). The teammates often compare notes, and despite their very different racing backgrounds, have proven to be great resources for each other.

Going into an exam you also must have all the materials you need to finish the test. Byron has that aspect covered as well. He will be racing the same Liberty University Tundra which he drove to Victory Lane at Kansas Speedway last month. The win was his first in the NCWTS in only his fifth start in the series. So far this season, Byron has earned one win, two top-five and three top-10 finishes and is currently fifth in the driver championship point standings, which as of now puts him in the Chase.

The Texas race will be a tough test for all the competitors, but Byron has done his homework and feels prepared for the challenge. He hopes to raise the grading curve and lock in his place in the inaugural Chase with a second win this season.

Are you looking forward to racing the same Tundra you won with at Kansas last month?
“Racing the same Tundra that we did in our win at Kansas honestly gives me a little bit more personal confidence, but I don’t think the truck will feel any different considering KBM prepares great Tundras 100 percent of the time for every race.

Since you have not raced at Texas before, what advice have you received about it?
“I’ve gathered that Texas has started to become pretty slick over the last few years, so I will look to prepare for it to be similar to how we raced Atlanta and Charlotte this year. Those were both slick race tracks with the conditions that we ran in during the race.”

During Memorial Day weekend you graduated from high school. What are you doing with all your spare time since you have a few months off before starting college at Liberty University?
“During my spare time I’ve just been able to focus on my upcoming races a little bit more. I’m so excited and ready to get to the next three race tracks on the Truck Series schedule because I feel like we have great trucks lined up for those and the team has had a lot of past success. It has been a relief to finish high school and I’ve also enjoyed catching up with friends as we ended high school. I also ran the ARCA race last weekend at Pocono to get experience there before the truck race next month.”

What are your expectations for William at Texas?
“Texas is always really challenging, especially for your first race there. It’s over 90-degrees ambient temperature in the summer so the track gets really hot, even though it’s a night race, it just lacks grip. He’s going to have to pull from his experience at Atlanta and a little bit of his day race at Charlotte since it will kind of be a combination of those two tracks. He seems to learn quickly what the grip level is and know when he’s on edge. I expect him to log all the laps, keep learning, do really well and see if we can’t be there at the end.”

KBM-023: The No. 9 Liberty University team will race KBM-023, for Friday’s Rattlesnake 400 at Texas. This truck is the same Tundra Bryon drove to Victory Lane in Kansas last month for his first-career NCWTS win.