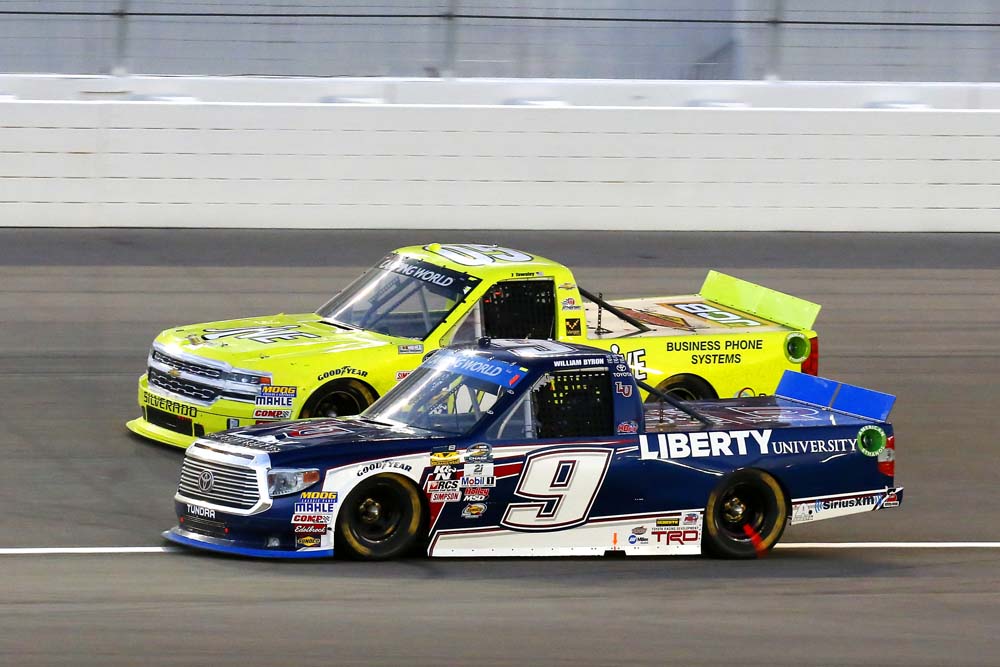 Having already locked himself into the next round of the NASCAR Camping World Truck Series Chase with a win last weekend in New Hampshire, William Byron did not need to take any unnecessary risks. Although he may not have had the fastest truck in the race, he remained consistent throughout the 146 laps and brought home a solid fifth-place finish Saturday night at Las Vegas Motor Speedway.

Byron started his Liberty University Tundra 10th and was up to seventh within 25 laps. The truck was tight early in the run so the Kyle Busch Motorsports team made some adjustments on the first stop on lap 40 and gained two positions in the process to restart fifth.

His Tundra was free early in the runs, but eventually became tight the more laps he ran. The crew made more adjustments during their second and final stop on lap 95, and again picked up one position in the pits to restart fifth.

The remaining 48 laps of the race were all run under green. Byron was as high as third, but eventually settled into fifth place where he finished the race. 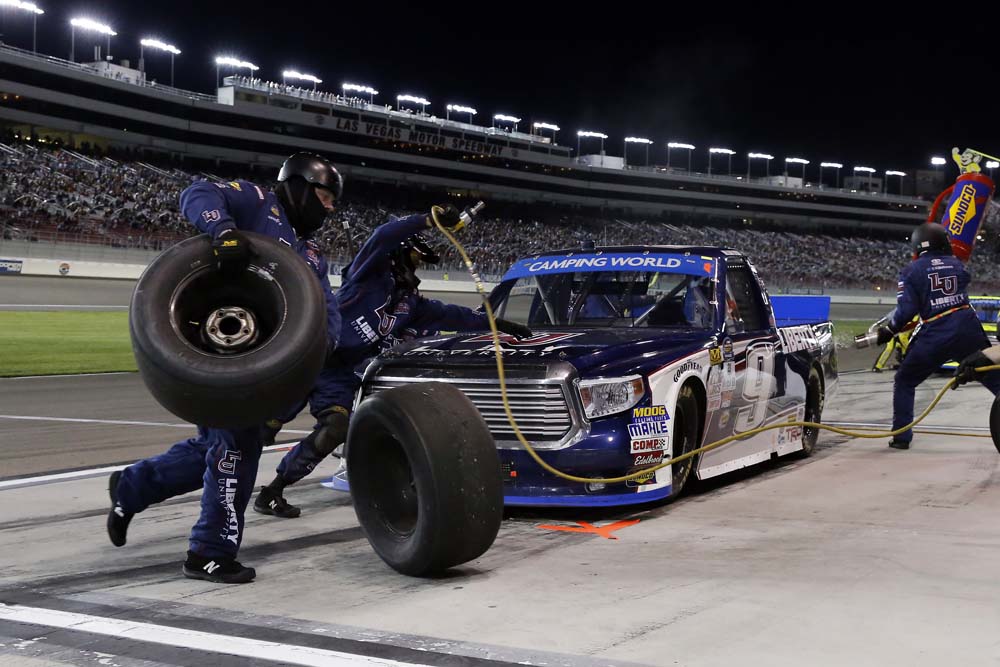 “It was pretty good race for us,” Byron said. “We fought the truck throughout the race. I felt like we kind of needed one more adjustment to really get it the way I wanted it. We had good track position, good execution and got a top-five finish, so I’m definitely happy about that.”

The Truck Series takes two weeks off before returning to action at Talladega (Ala.) SuperSpeedway on Saturday, October 22 for the final race of the Round of 8. Live coverage of the Truck Series race will air on FOX at 1:00 p.m. ET.