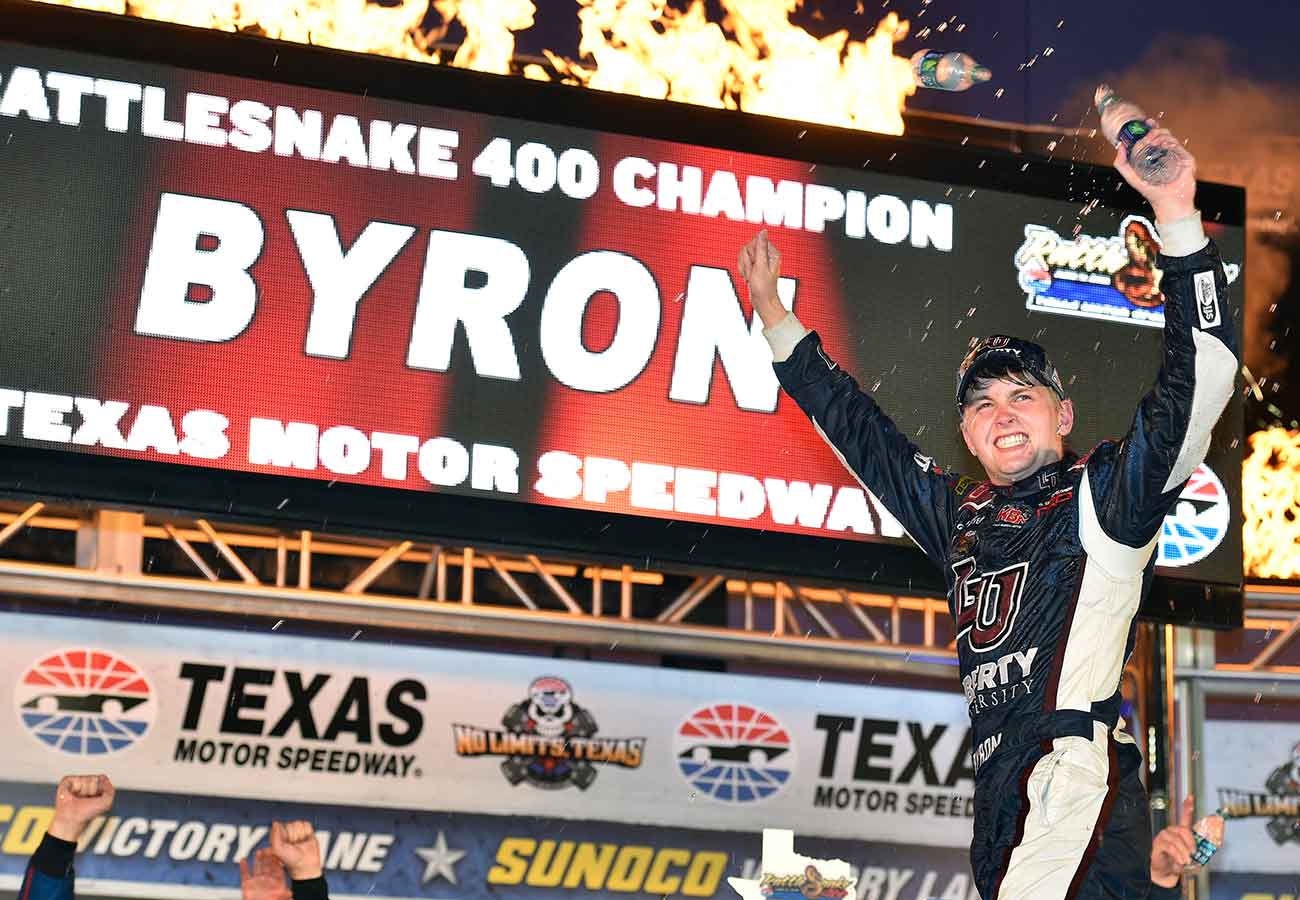 William Byron had never been to the state of Texas, let alone raced at Texas Motor Speedway in Fort Worth, but Friday night he made his first trip there a memorable one. After veteran driver Matt Crafton dominated the race by leading 133 of 167 laps, rookie Byron drove his Liberty University Tundra past Crafton with five laps to go and took the checkered flag for the second time this season.

Byron started sixth and was up to second place 25 laps into the race, but he just could not get his Tundra to get through the center of the corners the way he wanted. The team made adjustments throughout the race, but his truck just was not quite as good during the middle part of a long run.

By the halfway point, Byron was seventh and began running different lines on the track to see where he could pick up speed. He started gaining ground after a pit stop on lap 100. He was back up to fourth after the restart. Another caution on lap 120 brought Byron into the pits for the final stop of the race. His Kyle Busch Motorsports (KBM) team had a flawless stop, which helped him gain two positions in the pits and restart the race second on lap 125.

Byron lined up alongside Crafton for the final restart of the race. The two battled for the lead for several laps before Byron fell back in line in third place, but he was not about to settle for that position. With 10 laps to go he passed veteran Johnny Sauter for second place and had his sights set on Crafton. Byron reeled in him with every lap and with five to go was able to get by him for the lead. Once he was out front, Byron drove away from the field to win the race. He celebrated doing a burnout on the frontstretch, which created enough smoke to cook a Texas brisket.

“I found the top groove earlier in the race and it didn’t work very well 15 or 20 laps into the run,” Byron said in victory lane. “We didn’t have it that good until the last run, but Rudy (Fugle, crew chief) fixed me up that last run. It’s all about heart and you have to want it, and my team wants it and I see that every day. It’s really cool to have the support from Liberty University and a fast Toyota Tundra. I can’t thank everyone enough. Kyle and Samantha Busch, everyone at Kyle Busch Motorsports and all the fans.” 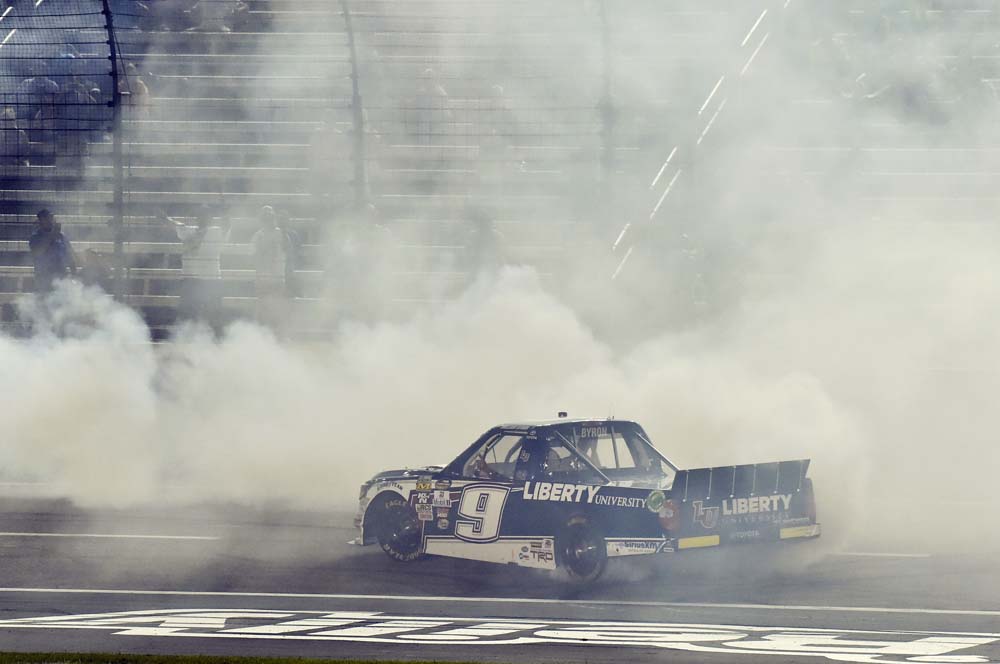 Following Byron across the finish line were Crafton, Sauter, Ben Kennedy and Tyler Reddick rounded out the top five. KBM’s Cody Coughlin was 12th, while Christopher Bell was 32nd after problems early in the race. The win moved Byron up to third in the driver championship point standings, and his second win secures his place in the inaugural Chase.