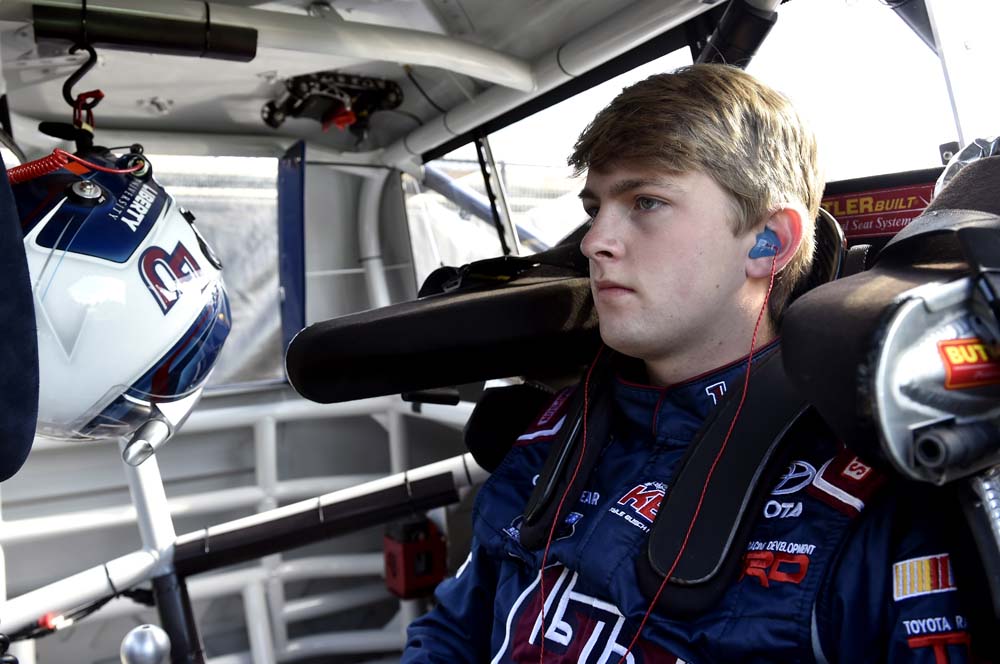 MOORESVILLE, N.C. (Nov. 8, 2016) – Only one race remains to determine which four drivers will compete for the 2016 NASCAR Camping World Truck Series (NCWTS) championship. William Byron will be one of five drivers vying for the final three spots since Johnny Sauter already secured his place in the Championship 4 with wins at the last two races. Byron heads to Phoenix (Ariz.) International Raceway second in the Chase points, but with only five points separating him from fifth place. The pressure will be intense Friday night for the Lucas Oil 150 as Byron fights to keep his championship dream alive.

Under the old point system, Byron would have a 10-point lead over second-place Sauter based on his six wins, 10 top-five and 15 top-10 finishes throughout the season. With the introduction of the Chase format to the Truck Series this year, all of the teams have been learning to adjust their strategies to remain contenders. Byron has been locked into the Round of 8 since his first-career NCWTS win at Kansas Speedway in Kansas City in May. He picked up his sixth win of the season at New Hampshire Motor Speedway in Loudon to capture the first Chase race and advance to the Round of 6. With top-10 finishes in the first two races of this round, Byron hopes to pick up where he left off at New Hampshire with a dominate performance at the one-mile oval of Phoenix.

Byron made his NCWTS debut at Phoenix last year. Although an accident took him out of the race after only six laps, he gained valuable experience during practice and qualified fifth. He also ran the NASCAR K&N Pro Series West race last year and finished second. He has used the resources available to him to prepare for this year’s race, including picking the brains of owner-driver Kyle Busch and former KBM teammate Erik Jones. While driving Tundras for Kyle Busch Motorsports (KBM), Jones earned two wins in three starts at Phoenix and led the most laps in last year’s event.

After 150 miles of racing Friday night at Phoenix we will know the other three drivers who may be the 2016 NCWTS Champion and William Byron wants to be sure his name in on that list.

Talk about the pressure heading into Phoenix being five points above the cut line for the Championship 4?

“It’s a little bit of pressure for everyone who is not locked in. Hopefully we can capitalize on that and have the finish we need to get in order to get to Homestead. I think we’re going to have a really good shot at a win, so if we can do that it would be the easiest way to ensure we are in the Championship 4 next weekend.”

How much will it help you already having some experience at Phoenix?

“That is definitely going to be beneficial. Just having the track time from running the K&N Pro Series West race last year and getting seat time in the truck as well. I know what I’m going to need before I get there, so that will be a big help. I’m actually really excited that I’ve been there, even though my first truck start did not go as planned when we fell out of the race so early.”

Is Phoenix a track you enjoy?

“Yes, I enjoy racing at Phoenix. We’ve really had quite a bit of success on one-mile tracks this year with wins at Iowa and New Hampshire, so hopefully that will continue this weekend and we can advance to the championship round.”

What are your feelings going into Phoenix being five points above the cut line?

“We’ve got two one-race playoffs coming up and the first one is Phoenix. There are five guys fighting for three spots, so we plan on going out there to dominate and win. It’s our type of race track and historically KBM teams are really good there. It’s my favorite track and we feel at home going there. Of course, anything can happen there and maybe you don’t advance, but that’s just the way the drama unfolds with this new format. We’ll go out and do the best we can and know we’ve got to beat two of the Chase contenders to go on to Homestead and have a shot at the championship.”