Byron Hits the Road for Canada 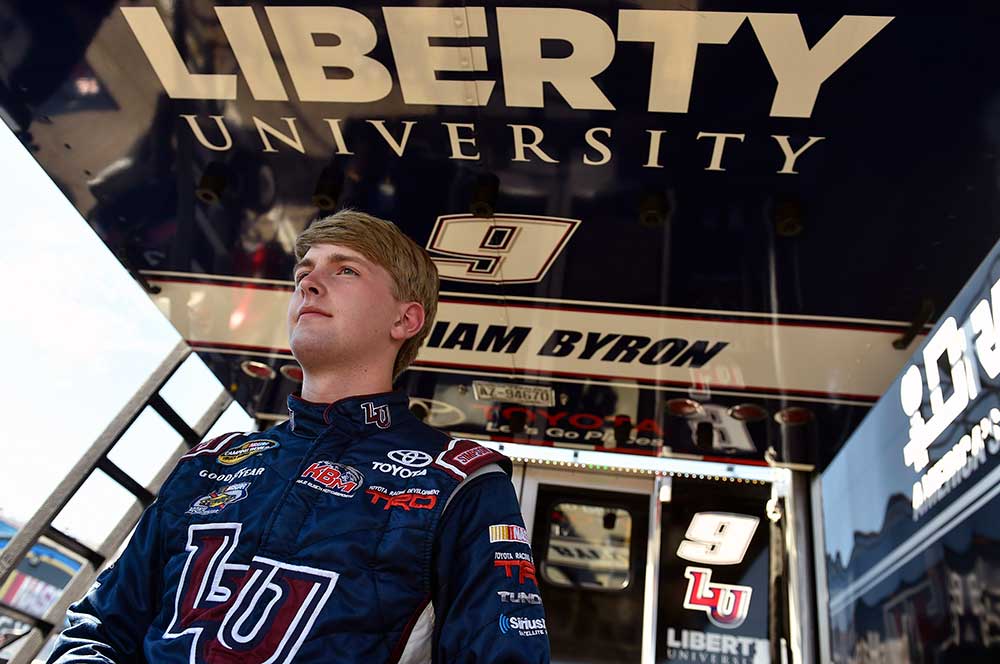 MOORESVILLE, N.C. (Aug. 30, 2016) – William Byron is hitting the road for Canada this weekend, the road course that is, as the NASCAR Camping World Truck Series heads north of the border to Canadian Tire Motorsport Park (CTMP) in Bowmanville, Ont., for the series’ only road course race of the season. Although this will be the first time for the 18-year-old rookie at CTMP, it will not be his first time turning right in a race.

In 2015 Byron made three road course starts, all of which resulted in top-10 finishes and one top five. His best finish came at Sonoma (Calif.) Raceway in the NASCAR K&N Pro Series West race where he started second and finished fifth. Byron also gained road racing experience in the NASCAR K&N Pro Series East last year with starts at Watkins Glen (N.Y.) International and Virginia International Raceway in Alton. He scored a seventh-place finish at The Glen and was 10th at VIR.

Not only will Byron have some road racing experience under his belt when he arrives in Canada, but his Kyle Busch Motorsports (KBM) team is also bringing last year’s race-winning truck. KBM-X134 is the same Tundra Erik Jones drove to Victory Lane in 2015 at CTMP. Jones started second and led 19 laps en route to KBM’s first win at the 10-turn track. Jones also finished third with the same truck in 2014.

Since this will be Byron’s first trip to Canada, he hopes to be able to do a few touristy things like visit Niagara Falls and see the sights in downtown Toronto, but there is one place in particular where he wants to go. He’d like to get a few photos holding the race trophy in Victory Lane at CTMP.

Do you enjoy road course racing?
“Road course racing has been fun for me. I raced Sonoma last year in the NASCAR K&N Pro Series West and qualified on the outside pole. I’m looking forward to it. Canada is a unique track and I think we’ll have a good Liberty University Tundra there since it’s the same truck Erik (Jones) won with last year.”

What are your expectations for the race this weekend?
“Every week our goal is to win, so if we can do that it would be great, but I think also just getting a solid finish would be nice for my first road course race in the Truck Series. I want to be consistent, but we go to win, so that’s ultimately the goal.”

How is racing a truck on a road course going to be different than racing a car?
“I just think the competition level will be heightened. I raced with a few road course ringers last year but in the trucks there will be even more experienced drivers. There will be more guys capable of winning on Sunday, especially the ones who have been on this track the last couple years.”

What is the most challenging aspect of road course racing for a crew chief?
“It’s definitely fun going to the road courses — I wish that we did it more than once a year. As a crew chief, you have to approach this race differently and keep in mind all the different things that can happen throughout the race and that is what makes it fun. Since we are already locked in the Chase we don’t have to worry about that and can go for the win. Obviously you can’t take real big gambles, but if you’re not in attack mode all the time you are usually going to end up worse off.”

Fugle has one win and two top-five finishes as a crew chief in two starts at CTMP in the Truck Series. Chad Hackenbracht was second in 2013 and Erik Jones took the win in last year’s event.