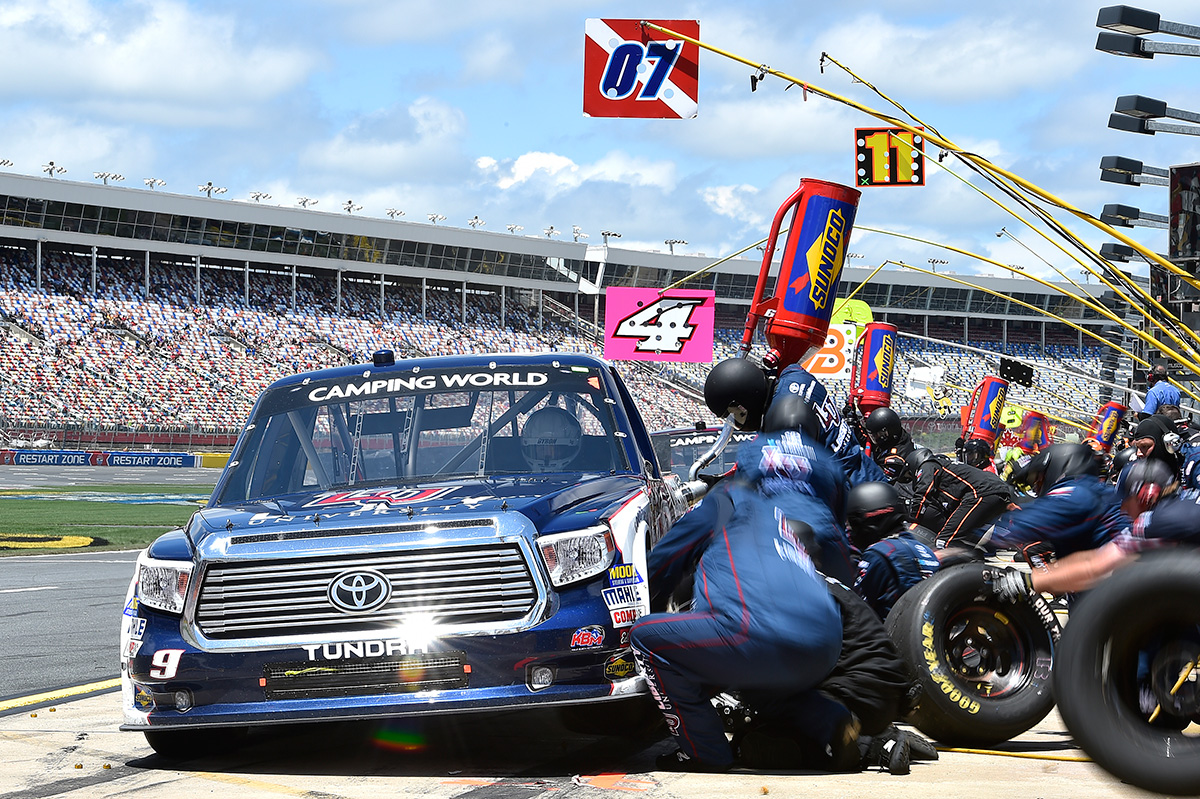 Having the race delayed by a day due to rain did not dampen William Byron’s will to win the N.C. Education Lottery 200 in front of so many of his friends, family and classmates from Charlotte Country Day School. When the green-flag finally flew under sunny skies on Saturday afternoon, Byron had a strong Liberty University Tundra early in the race, but different strategies and fuel mileage resulted in a 10th-place finish for the Charlotte native.

For the second week in a row, Byron started from the pole thanks to Mother Nature. Rain also washed out qualifying, so the starting line-up was based on practice speeds from Thursday. Byron led the first 25 laps until a caution fell and the leaders came down pit road. He pitted for four tires and restarted the race fifth, since some teams only took two tires.

He fell back as far as eighth on the restart, but worked his way back up to fourth by the time the caution clock expired on lap 68. After a pit stop he was second when the race resumed, but again fell back to ninth after he was shuffled back on the restart. 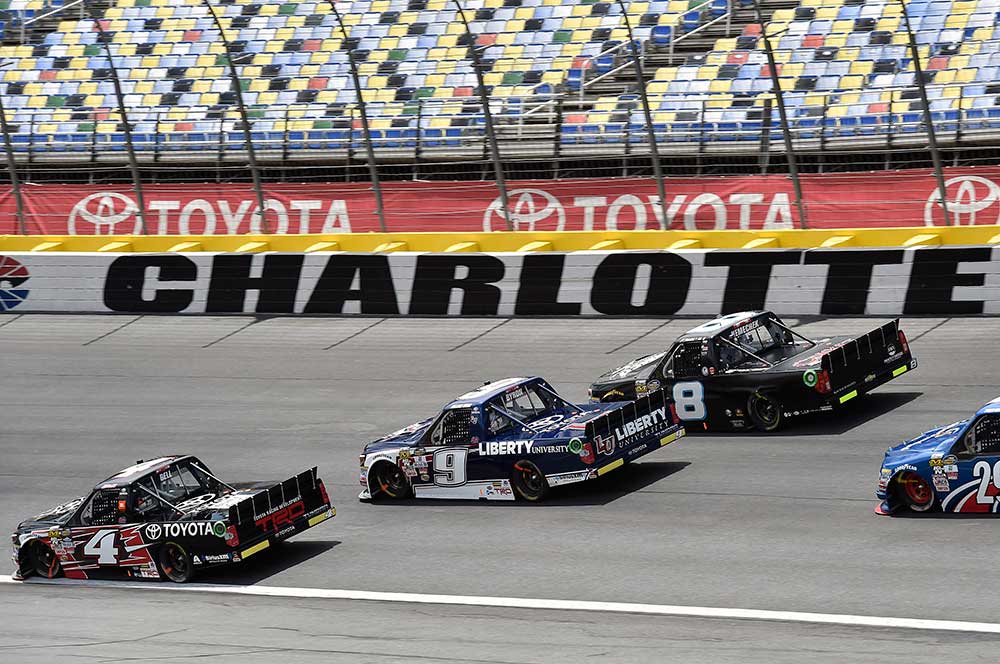 Determined to catch the leaders again, Byron worked his way up to sixth with 50 laps to go and was as high as third with only 19 laps to go. The team knew they would be about 10 laps short on fuel and most teams would have to pit one more time to have enough gas to finish the race. Byron came to pit road with nine laps remaining for right-side tires and fuel. A few trucks were able to stretch their fuel mileage to finish the race without pitting, which left Byron in 10th place.

“We started first and we were able to get a good lead in the beginning part of the race,” Byron said. “We had a couple strategy things work out the way they did and restarts weren’t my strong suit starting on the bottom, so I’m going to have to look back at those and see what I can do to improve them. The track was really slick, which made it really fun to pass and fun to move around. At the same time it was hard to pass because you were moving around so much. We’ll move on to Texas and give it our all there.”

Matt Crafton won the race followed by Byron’s Kyle Busch Motorsports teammate and owner Kyle Busch, Johnny Sauter, Tyler Reddick and Matt Tifft rounded out the top five. KBM’s Christopher Bell was eighth and Daniel Suarez was 23rd after trying to make it on fuel, but coming up just short. The top-10 finish moved Byron up one position in the driver point standings to fifth.