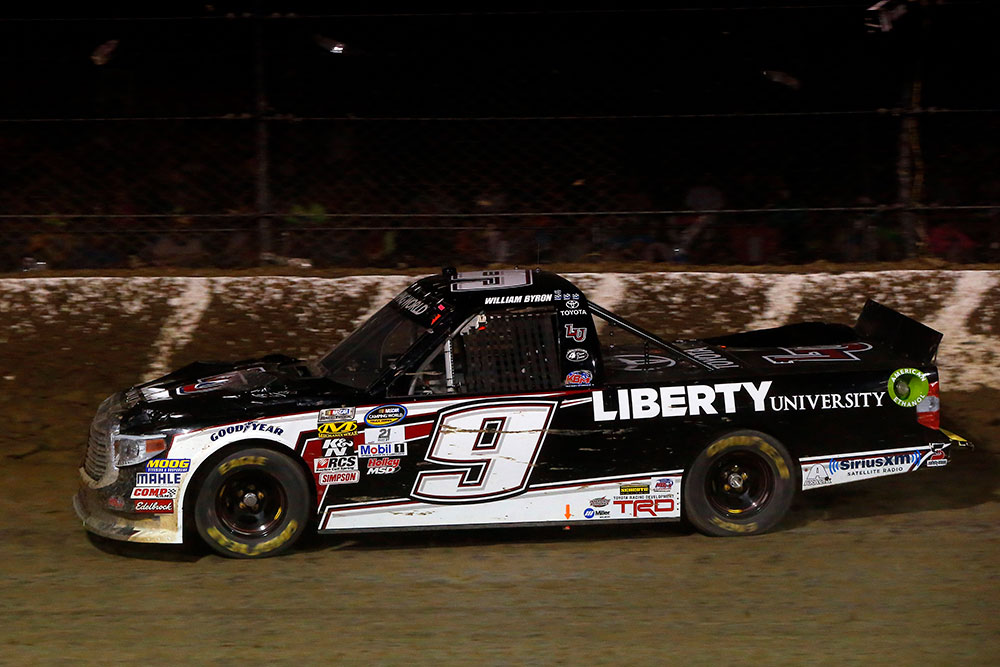 In his short racing career every start William Byron has ever made has been on a paved track, until tonight at the legendary half-mile dirt oval of Eldora Speedway in Rossburg, Ohio. Byron took his Liberty University Tundra out on the dirt and learned an entirely new form of racing. It was a steep learning curve for the rookie driver, but he completed every lap while learning along the way to finish in 14th place.

Byron started 18th based on his fourth-place finish in his qualifying race earlier in the evening. The race was a much different format than most Camping World Truck Series events, with the 150 laps broken into segments of 40, 50 and 60 laps. Between each segment, the teams were given the opportunity to pit for tires, fuel and adjustments like they would normally do, but without the pressure of losing time on the track. Byron was caught up in a wreck in front of him just before the end of the 40-lap segment. The Tundra only sustained cosmetic damage and was able to continue with some repairs by the crew. 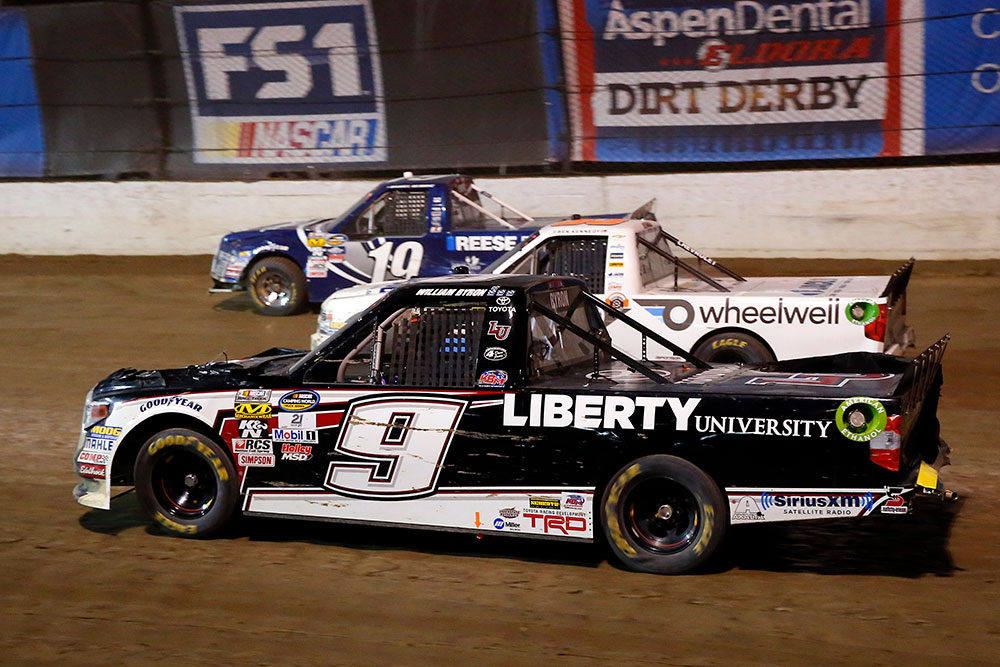 He restarted the second segment 15th and was able to run around that position until getting caught in another accident on lap 74, which included his Kyle Busch Motorsports (KBM) teammate Cody Coughlin. Byron lost a lap, but was able to regain it a few laps later when the caution came out for the second and final break of the race. The team made adjustments to free up the truck and Byron restarted the final segment 18th.

Throughout the final 60 laps, Byron found himself getting a bit more comfortable racing on the dirt and was able to hold his own in the closing laps to finish the race 14th.

“Tonight was difficult,” Byron said. “I felt a little bit out of place because of the conditions and everything, so I just tried to learn on the fly. I felt like I was learning there towards the end trying to make solid laps and move around a bit there at the end. Racing on dirt is way different than anything I’ve ever done, so I just tried to get as good a finish as I could and move on to Pocono next weekend.”

The Truck Series returns to action next Saturday, July 30 at Pocono Raceway in Pennsylvania. Live coverage of the Truck Series race will air on Fox Sports 1 at 1:00 p.m. ET.