Byron Fights His Way to a Sixth-Place Finish at Texas 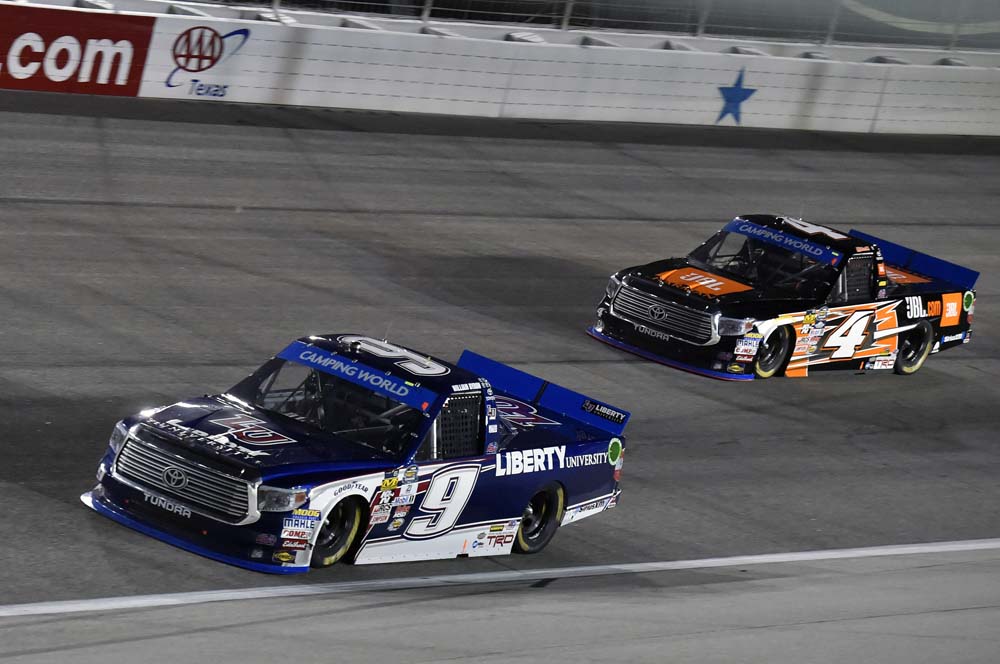 William Byron came to Texas Motor Speedway hoping to sweep both the NASCAR Camping World Truck Series races this season after taking the win in June. It was not meant to be this time, as Byron fought a tight condition in his Liberty University Tundra throughout the race. The Kyle Busch Motorsports (KBM) team made adjustments on every pit stop so Byron could fight for a sixth-place finish. 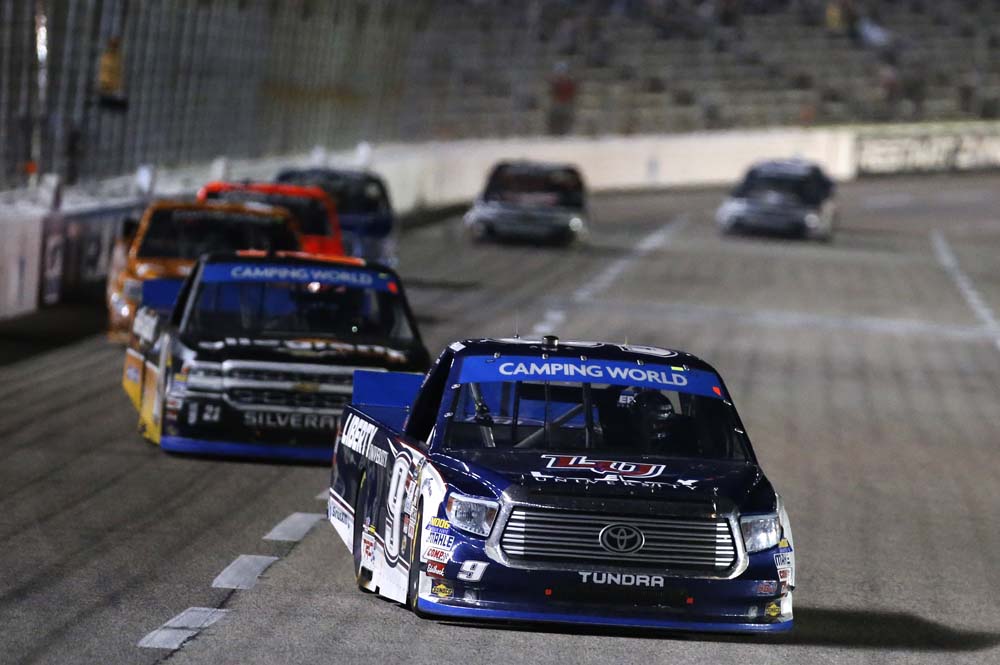 Byron started the race third and right from the start told the team his Tundra was tight. He pitted three times during the race for four tires and adjustments during the only three cautions of the race, all of which were when the caution clock expired.

With 15 laps to go he was scored in seventh place, but with only eight laps remaining he was able to pass one more competitor to move into sixth and finish the race there.

“We worked on it really hard all night,” Byron said. “We just missed it a little bit and we know that. The guys worked really hard on the Liberty University Tundra and made some good adjustments to get the truck running to be able to compete on the restarts. I’m proud of that, proud of how we executed and we’re going to go to Phoenix next week which is a good track for KBM, and me as well, and hopefully get a win.”

Chase driver Johnny Sauter won the race for the second consecutive week, followed by Matt Crafton, Daniel Hemric, Tyler Reddick and KBM teammate Daniel Suarez rounded out the top five. His other KBM teammate Christopher Bell came home 11th. Byron is now second in the Chase point standings, five points ahead of the cut line with only one race remaining to determine the four drivers who will fight for the championship at Homestead-Miami Speedway in two weeks.

Next week the Truck Series heads even farther west to Phoenix International Raceway on Friday, November 11 for the final race in the Round of 6. Live coverage of the Truck Series race will air on FS1 at 10 p.m. ET.