Byron Fights for Fourth at Bristol 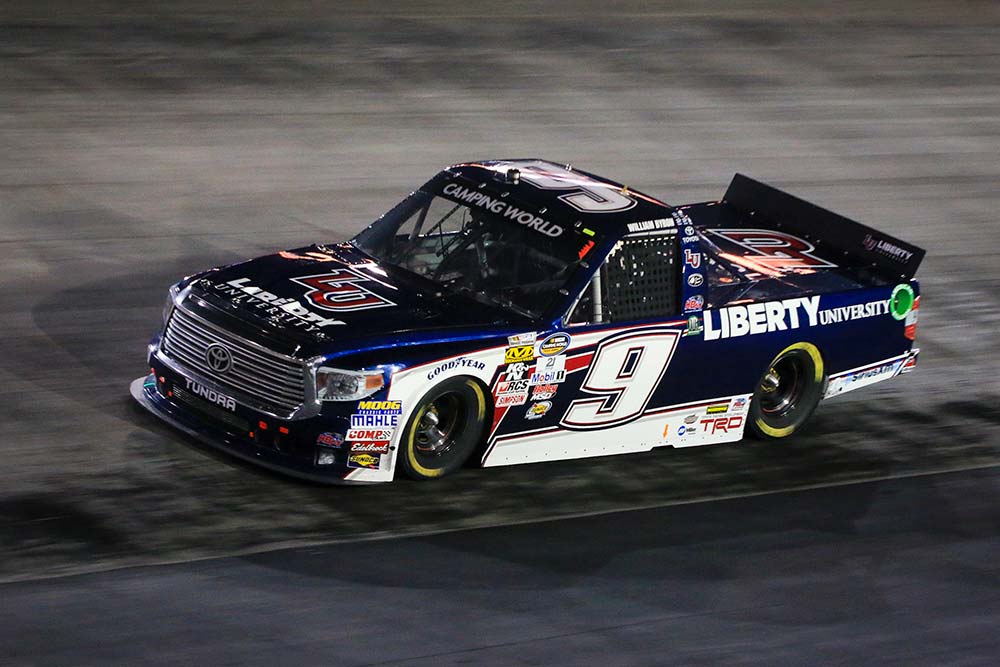 Bristol Motor Speedway is a tough half-mile track for rookies and veterans alike. Rookie William Byron never gave up, took the lead briefly with 20 laps to go, but in the end was forced to settle for a fourth-place finish.

Following a rain delay, once the UNOH 200 was underway several cautions slowed the early laps. Byron started sixth and was running eighth when he pitted for left-side tires during a competition caution on lap 42. His Liberty University Tundra was tight after the stop and Byron lost a few positions.

When another caution came on lap 64, crew chief Rudy Fugle made the call to bring Byron back to pit road for four tires and a track bar adjustment to help free up the Tundra. The stop put Byron back in 25th for the restart, but with a better-handling truck he was able to make the top grove work for him and ease his way up through the field quickly. By lap 128 he was back in the top 10. 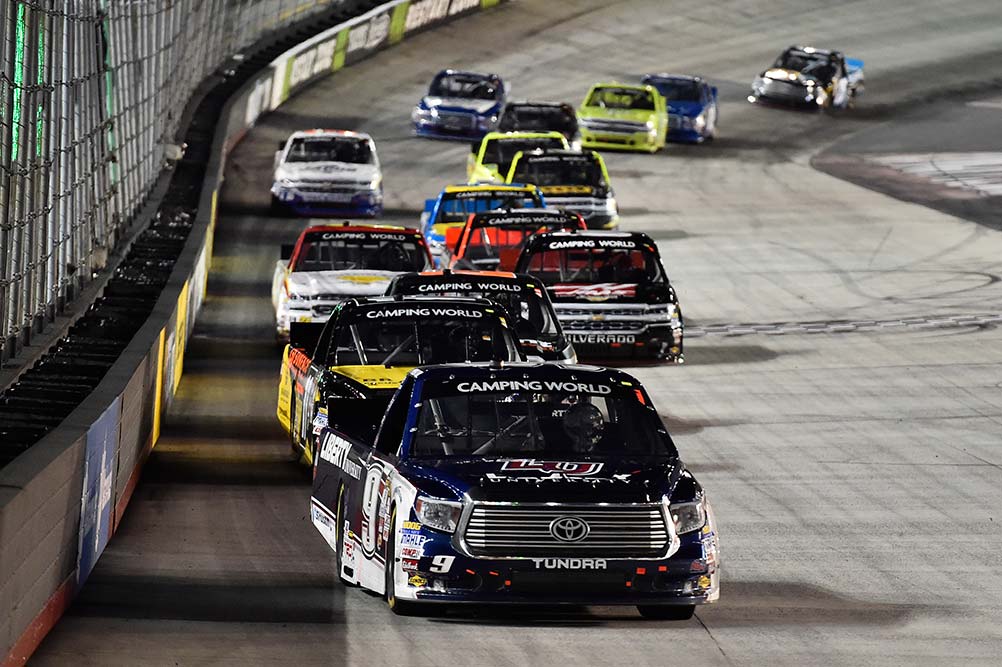 A caution on lap 135 brought Byron to pit road for his final stop of the race. With a fast two-tire stop he was up to fourth for the restart and quickly moved into second place. He briefly took the lead for one lap with 20 to go, but could not hang on as the Tundra became pretty loose. He was still third for the final restart with six laps remaining, but with the loose condition he finished the race in fourth.

“We struggled a little bit in traffic back in the pack, but once we got the top rolling I felt like we were the only truck up there, so it was really making a good amount of time and I was able to pass up to seventh or eighth from the back,” Byron said. “At that point, we just got good pit strategy and got ourselves to second and were able to take the lead, but just had a few issues there and just got loose, but it is what it is. These guys gave me a great Liberty University Tundra and congrats to Ben Kennedy also.”

Ben Kennedy won the race, followed by Brett Moffitt, Daniel Hemric, Byron and Johnny Sauter rounded out the top five. KBM’s Christopher Bell was seventh after leading 101 laps and Daniel Suarez was 29th due to an accident after leading 77 laps. Byron continues to lead the rookie standings, as well as the driver point standings.