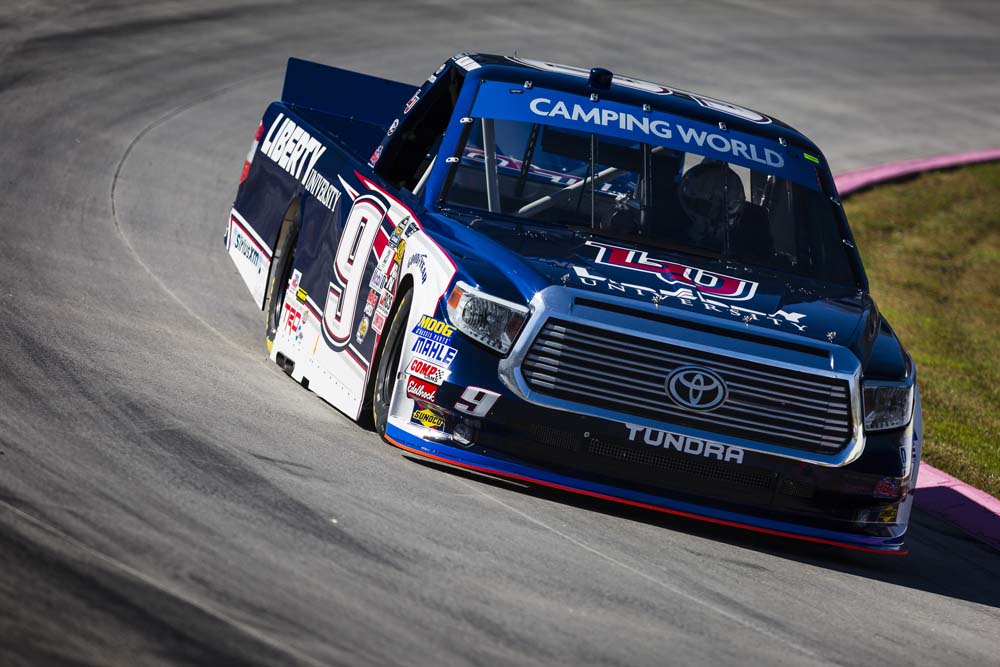 Martinsville Speedway is one of the toughest short tracks on the NASCAR circuit, which makes it an especially challenging place to kick off the Round of 6 for the Chase. William Byron overcame issues with first gear which cost him valuable track position on pit stops to bring home an eighth-place finish.

Byron started the 200-lap race seventh and moved up as high as fifth by the first caution on lap 51. He slipped back to 10th by the halfway point in the race when the Liberty University Tundra was too loose after the previous pit stop. During the next stop on lap 109, he could not keep the truck in first gear exiting his pit stall. It took him several attempts to get going, which cost him five places. He restarted the race 15th on lap 116. 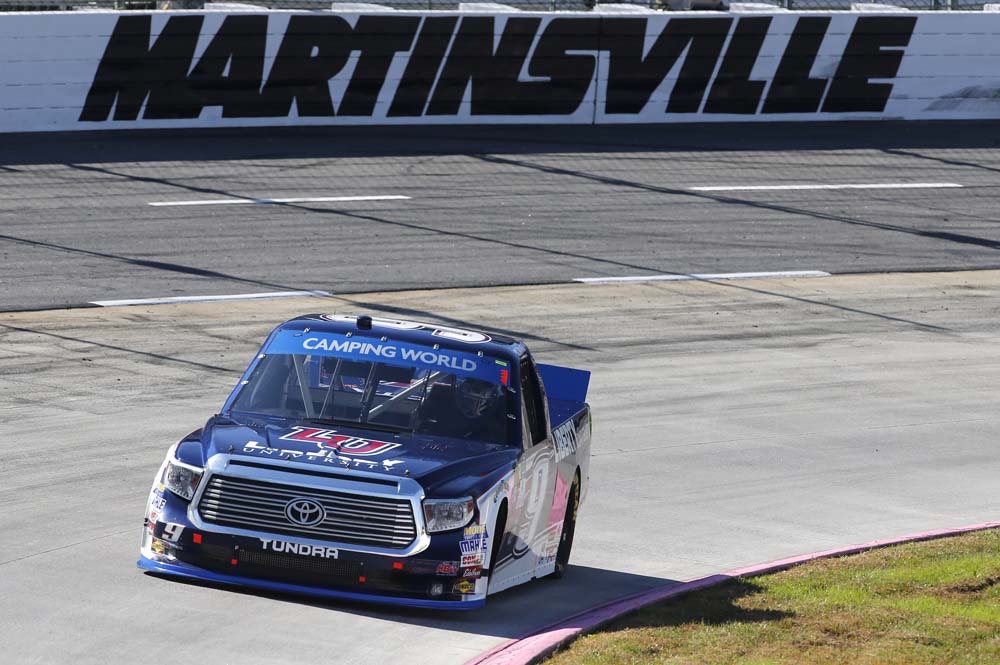 He had the same issue leaving the pit stall on the team’s final stop with 49 laps to go. He only gained one position in the pits, despite taking only right-side tires. He was 13th when the race resumed, but Byron was determined not to finish there.

As the race wound down, Byron picked off several competitors and a few were eliminated due to accidents. With 12 laps to go, he moved up to eighth place and hung on to finish the race there.

“At one time I didn’t have any first gear,” Byron said. “I just struggled with that and that set us back on that run after our pit stop and we just had to regain track position from there. It’s disappointing, but we’ll go on to Texas next week. We got a win there earlier in the year so I know we can do it.

“Everybody in the Chase is running better right now. Eighth-place isn’t as good as it would have been earlier in the year, so we just have to kind of move on from this. We still finished in the top 10, so we’re proud of that, but have to make sure we can click off some really good finishes over the next two races.”