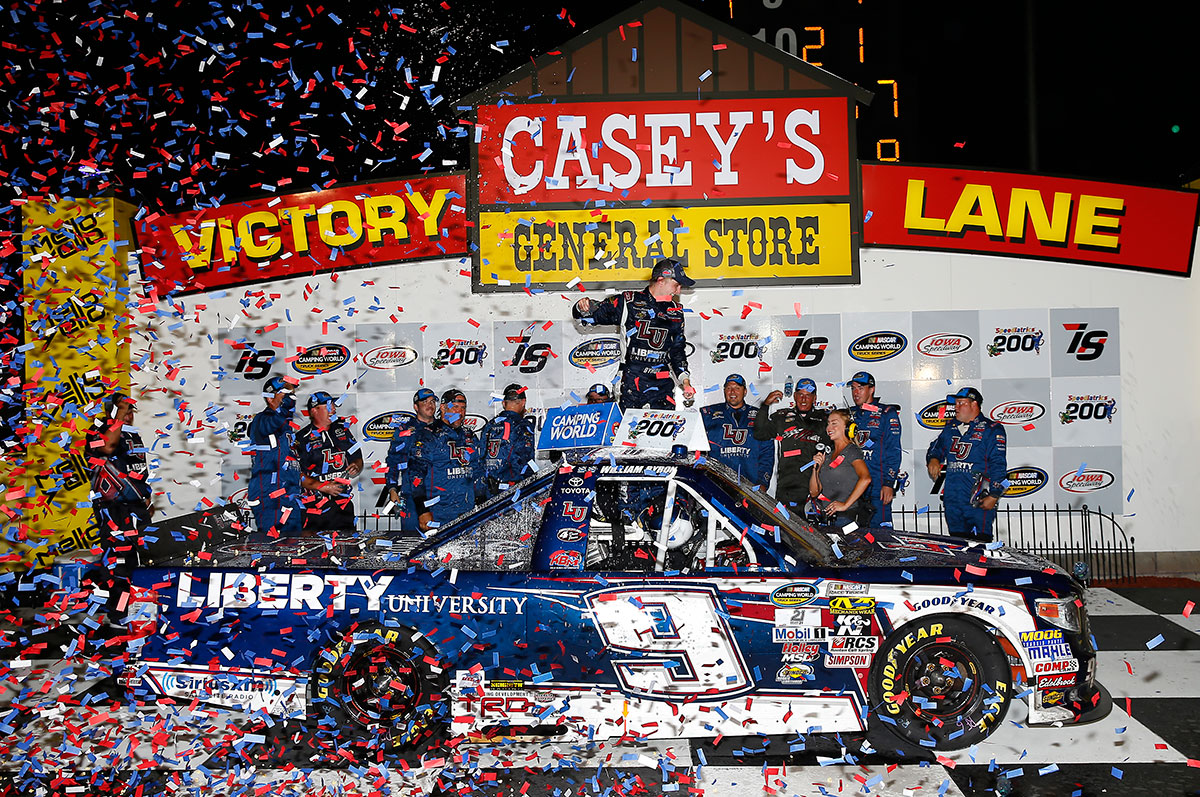 When the season began, William Byron thought Iowa Speedway might be his first win since he had run well there twice before in the NASCAR K&N Pro Series East last year. Little did he know he would be partially correct. He did go to Victory Lane at Iowa Speedway Saturday night, but for the third time this year after leading a race-high 107 laps. The win was also the Toyota Tundra’s 150th since entering the NASCAR Camping World Truck Series in 2004. 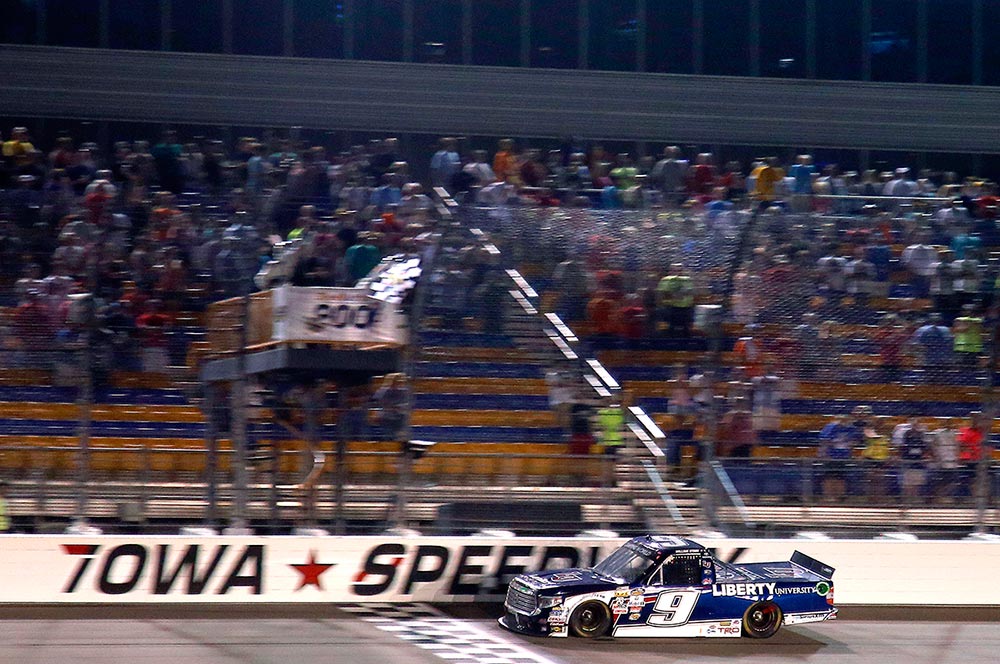 Byron started the 200-lap race from fifth place with his No. 9 Liberty University Tundra. The truck was a bit loose, but Byron powered his way up to third place within the first 35 laps. A caution brought him to pit road for the first time on lap 49 for four tires and a track bar adjustment to tighten up his Tundra. With fast work in the pits by the Kyle Busch Motorsports crew, Byron restarted the race second on lap 54.

The adjustment worked just as planned and Byron took the lead on the restart. He told his crew his Tundra was “pretty much perfect,” and he led for the next 97 laps until a pit stop under caution on lap 150. After the stop, Byron stalled the truck as he was trying to leave the pit stall. The extra time on pit road, combined with five trucks which only took right-side tires left him in 10th place for the restart with 50 laps to go.

Byron wasted no time working to gain back his lost track position. In only seven laps he was up to sixth place. A caution on lap 179 was just what he needed to bunch up the field and give him the chance to pass the trucks with older left-side tires in front of him. He did just that and more when the race resumed with 13 laps to go. He took the lead on lap 191 and pulled away from the field until the final caution on lap 194. It all came down to the final restart with two laps to go. Byron did exactly what he had to do and held his lead until the checkered flag flew.

“My gosh, this is awesome,” Byron said in Victory Lane. “Just to be part of Kyle Busch Motorsports and have the group of guys I do. To have Liberty University’s support and Toyota’s under us it’s amazing. I’m so fortunate to be in this position. We had a couple setbacks there. I stalled it on pit road and had a few setbacks on some restarts but we kept after it until that last restart. It’s awesome!”

Following Byron across the finish line were Cole Custer, Cameron Haley, Ben Rhodes and Tyler Reddick rounded out the top five. KBM’s Daniel Suarez was sixth, while Christopher Bell was ninth. The win moved Byron up to second in the driver championship point standings, and his third win is more than any other driver in the series.