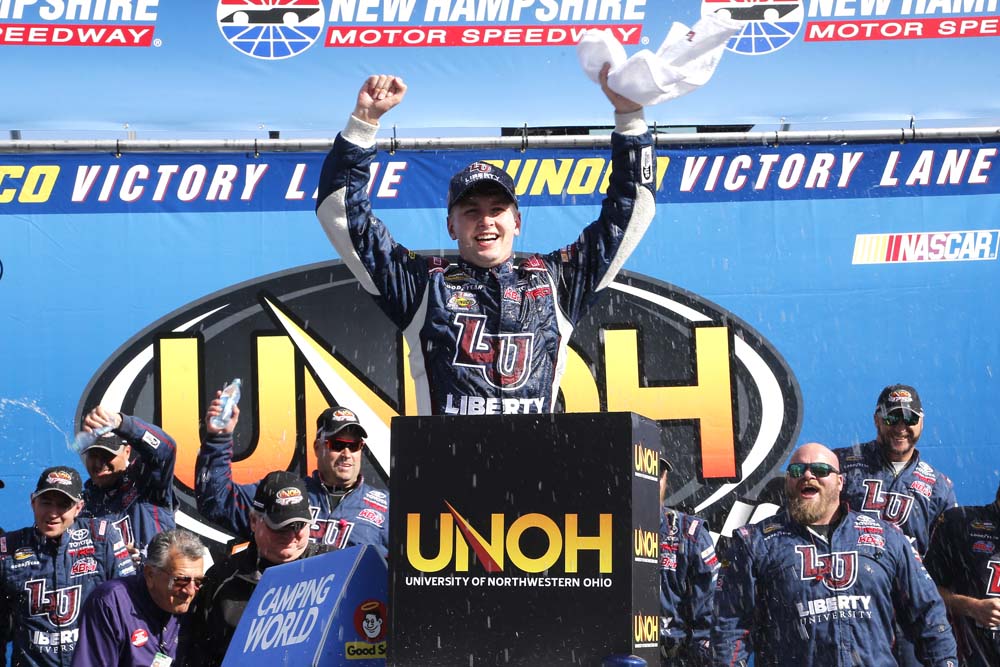 William Byron punched his ticket to the second round of the inaugural NASCAR Camping World Truck Series (NCWTS) Chase on Saturday at New Hampshire Motor Speedway by winning the first race in the seven-race Chase. Not only did Byron win, he dominated in his No. 9 Liberty University Tundra leading 161 of 175 laps. In fact, the only other drivers to lead any laps in the race were his Kyle Busch Motorsports (KBM) teammates Christopher Bell & Cody Coughlin.

The day started off with Byron claiming his first pole position of the season. He had started first other times this year, but that was always because qualifying was canceled due to rain. This was the first time Byron had actually posted the fastest lap to get the top spot. After starting first, he never looked back once the green flag dropped. 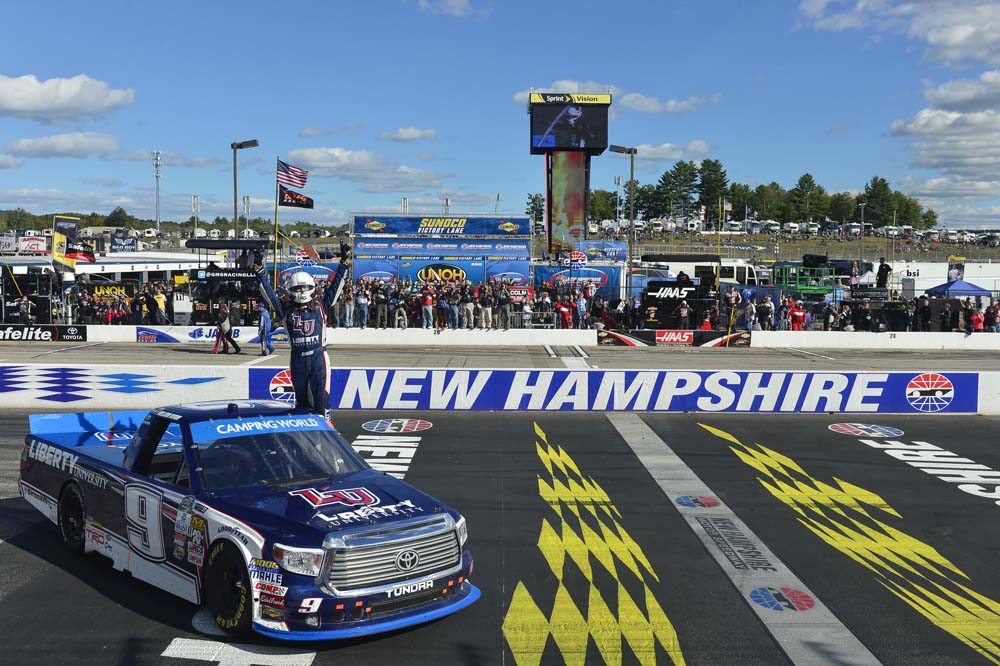 Byron pulled away from the field and did not give up the lead until everyone pitted under caution on lap 54. He was only beaten out of the pits by teams who took two tires versus his four. With four fresh tires it did not take him long to work his way back up front again.

With a decent lead in the closing laps, the only thing Byron did not want to see was another caution and luckily the race remained green for him to win his sixth race of his rookie season. He is the third Tundra driver to win six or more races in a single NCWTS season, joining his owner Kyle Busch and Matt Crafton.

“We got redemption from last week at Chicago,” Byron said. “I just can’t thank these KBM guys enough. Everybody on this Liberty University Tundra team has been doing a great job all season and to get a win now when it really counts in the Chase feels so good. I was so down on myself last week making that mistake early in the race, so to come back and get this win is really, really good for our team.”

Following Byron across the finish line were KBM teammate Christopher Bell, Matt Crafton, Tyler Reddick and Timothy Peters rounded out the top five. Teammate Cody Coughlin finished 20th after running out of fuel earlier in the race. Byron continues to lead the Chase driver point standings by 16 points with six races to go.

Next weekend the Truck Series heads west to Las Vegas Motor Speedway on Saturday, October 1 for the second race of the seven-race Chase. Live coverage of the Truck Series race will air on Fox Sports 1 at 8:30 p.m. ET.