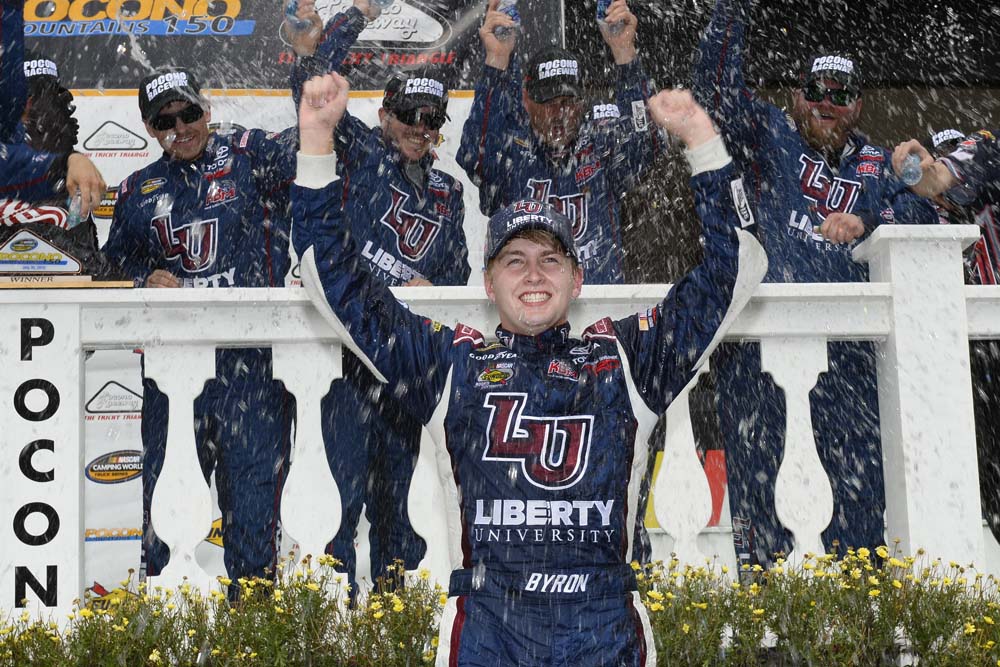 William Byron won his fifth NASCAR Camping World Truck Series (NCWTS) race of the season on Saturday at Pocono Raceway to become the winningest rookie in NCWTS history. He broke the record set by Kurt Busch (his team owner Kyle’s brother) in 2000. The 18-year-old led the field three times for a race-high 44 laps en route to his first career win at the 2.5-mile tri-oval. 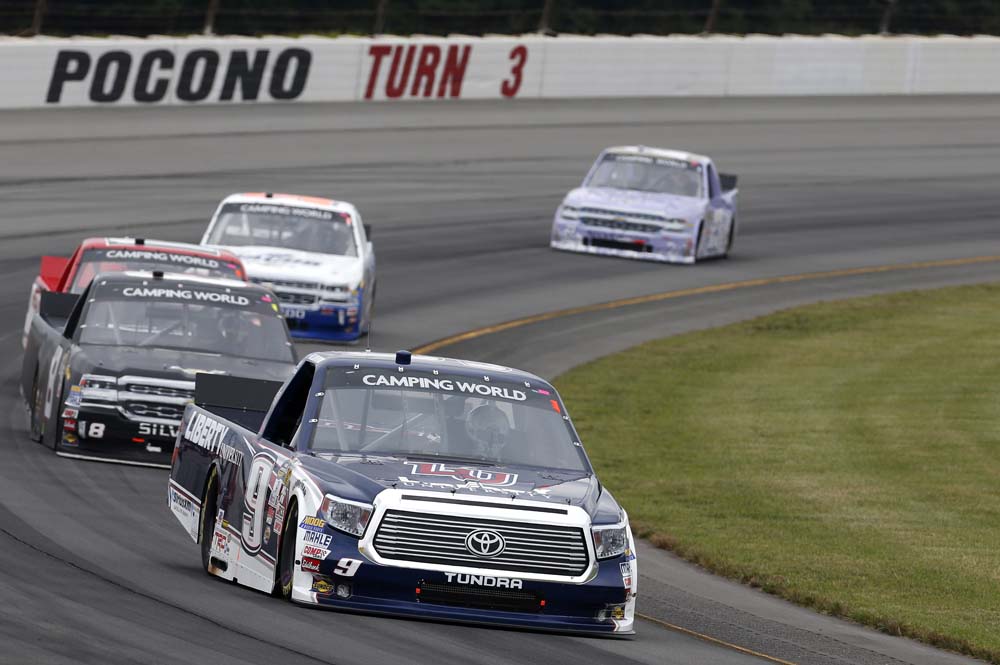 Byron started from the pole based on practice speeds from Friday since qualifying was canceled due to the track drying process from rain overnight. With excellent track position, Byron took the lead on the first lap. In a race slowed by nine caution flags, the Kyle Busch Motorsports (KBM) team used the 27 caution laps to their advantage. Saving fuel, combined with so many caution laps enabled the team on only pit once on lap 25 for four tires and fuel.

Running up front helped Byron avoid all the mishaps which brought out the cautions, so his most important job was to get a good restart to keep the lead each time the race resumed. He did just that and held off his competitors time after time to maintain the lead. The final restart came with four laps to go and once again Byron had a flawless restart. He won the race with a 1.4-second margin of victory over second place.

“Honestly this is just a credit to this team,” Byron said in Victory Lane. “I mean this team is a great group of guys. Rudy Fugle (crew chief) leads them all. The pit crew is great and we just have good chemistry. We show up and do our jobs, and I just love being here. These things don’t come easy at all and it’s a good thing when you get one. I just can’t thank Liberty University, Toyota, Kyle and Samantha Busch and Joe Gibbs Racing engines enough. 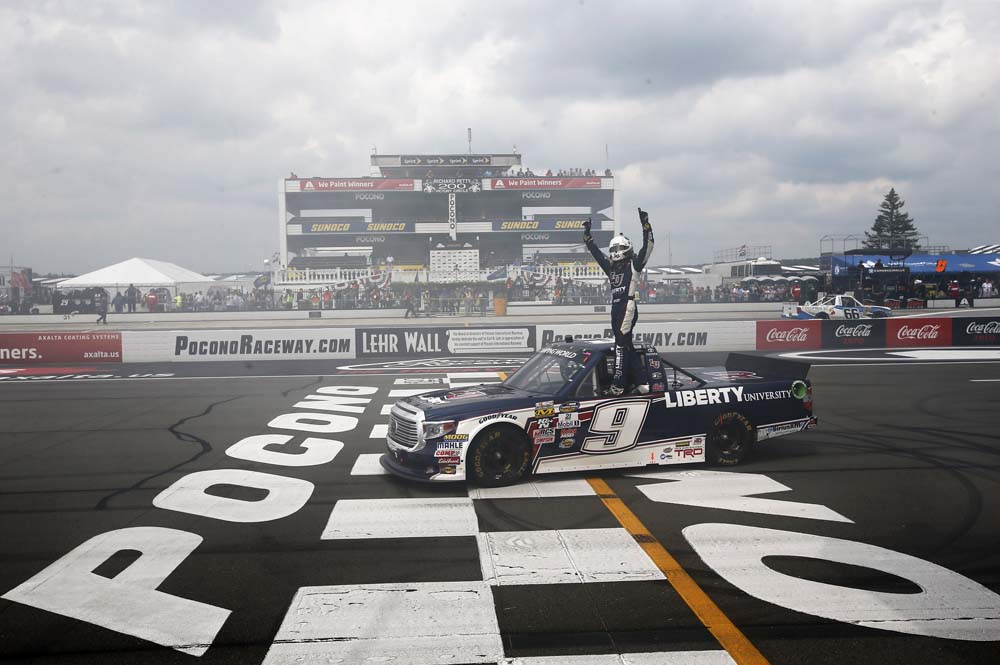 “I think our team is really in good position for the championship. We have so much laser focus on what we’re doing right now and nothing from outside has thrown us off our game. Last week was a struggle (at Eldora), but I was just ready to get back on asphalt and try to get back to something I’m used to. It’s just a credit to this team to come back like this and get a win.”

Following Byron across the finish line were Cameron Haley, Brett Moffitt, Timothy Peters and Cole Custer rounded out the top five. KBM’s Christopher Bell was 10th and Cody Coughlin was 13th. Byron continues to lead the rookie standings, as well as the driver point standings.

The Truck Series takes a few weeks off, but will return to action Wednesday, August 17 at Bristol (Tenn.) Motor Speedway. Live coverage of the Truck Series race will air on Fox Sports 1 at 8:30 p.m. ET.