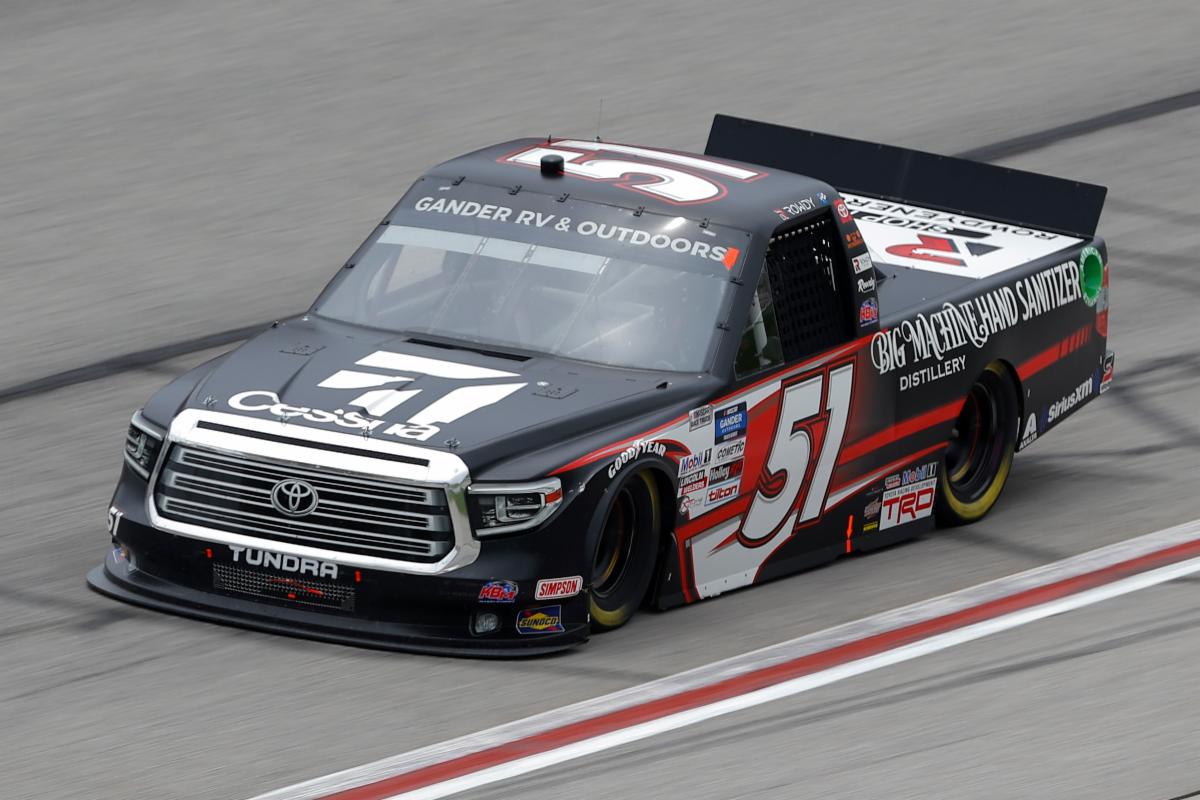 Kyle Busch won the opening two stages of Saturday’s Vet Tix Camping World 200 NASCAR Gander RV & Outdoors Truck Series event at Atlanta Motor Speedway, but the series’ winningest driver saw his bid for another victory come to an end after being issued a pair of pit road speeding penalties and suffering a flat tire under green-flag conditions late in the race. Busch was able to come from three laps down to just one lap down over the final 30 laps but ran short on time and would cross the stripe in the 22nd position.

Gander Trucks Championship Standings:  The No. 51 team remains atop the NASCAR Gander RV & Outdoors Series standings. After four races, the No. 51 team leads the No. 16 team by 15 tallies.

Next Race:  Busch will be back behind the wheel of the No. 51 Cessna Tundra when the NASCAR Gander RV & Outdoors Truck Series resumes action June 13 at Homestead-Miami (Fla.) Speedway. Live coverage of the race begins Saturday at 7:30 p.m. ET on FS1.