Busch Ties Record for Most Truck Series Wins at Pocono 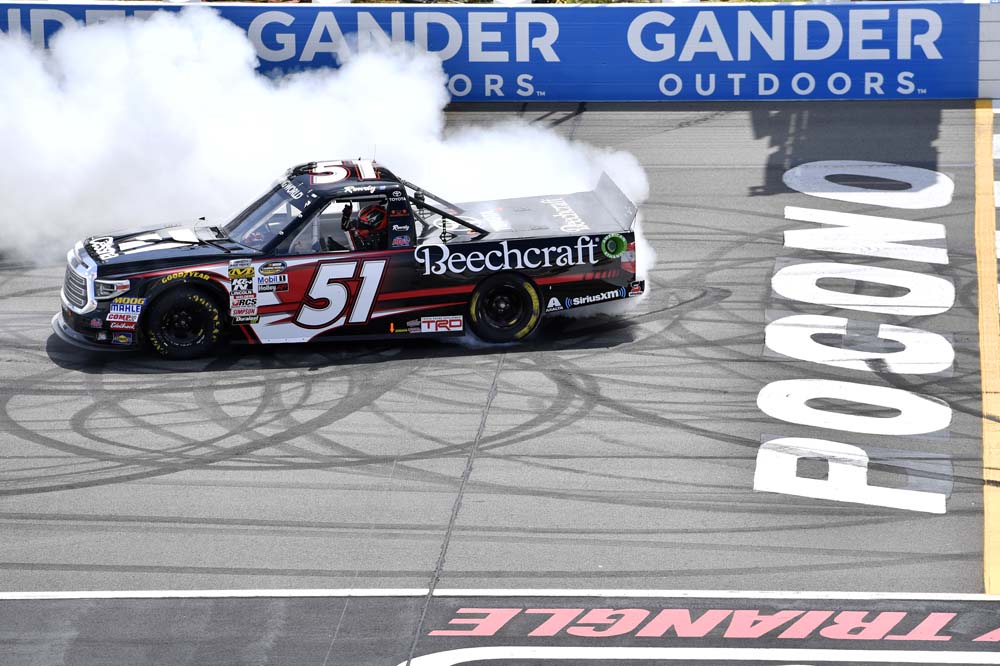 Starting from the pole in his No. 51 Cessna Tundra, Kyle Busch led 43 of 60 laps in the Gander Outdoors 150 at Pocono Raceway to take the checkered flag and earn not only his second NCWTS win this season, but his 51st career win in the series to tie the all-time win record set by Ron Hornaday Jr. 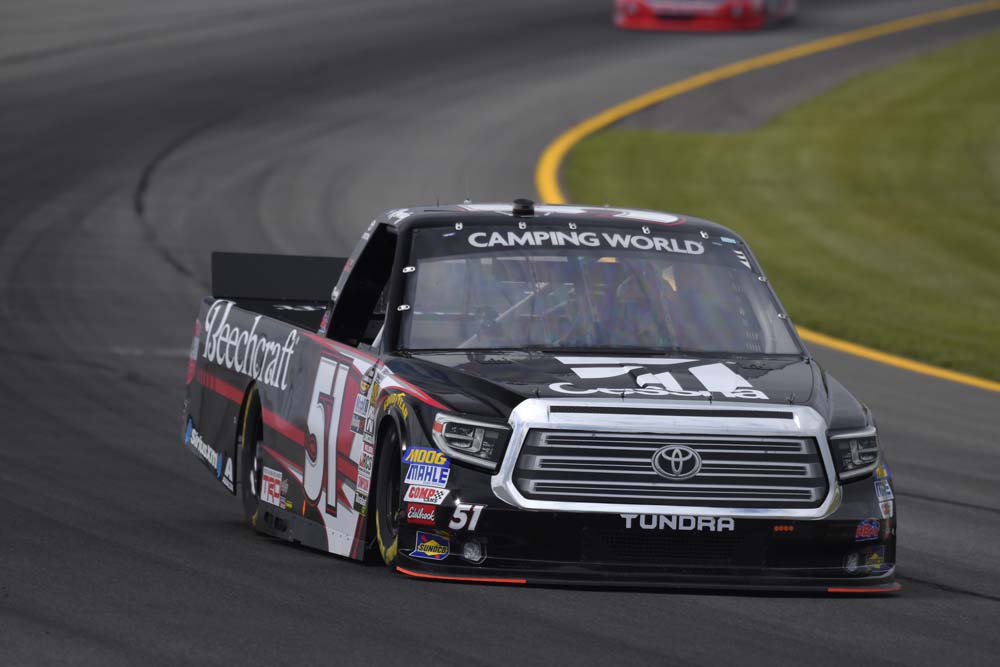 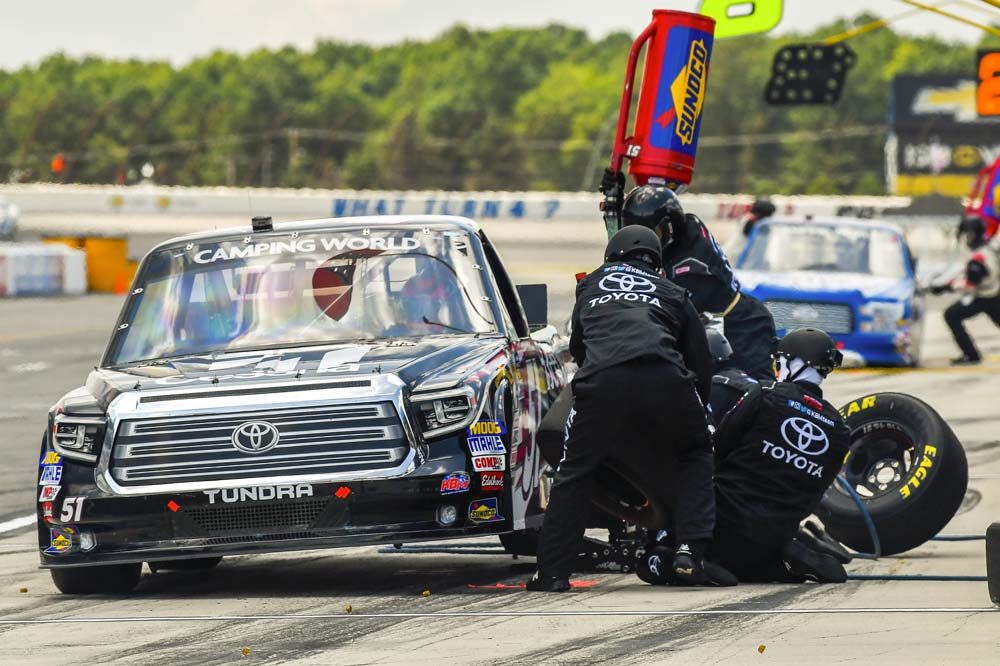 How special is it to tie the Truck Series victory record with your 51st-career win?

“It’s awesome. I can’t say enough about everybody at Kyle Busch Motorsports and everybody that’s gotten these win totals to where they’re at, you know? Racing with Billy Ballew and racing KBM stuff, back in the heyday with – I don’t think I won a race with Morgan-Dollar, but I ran with those guys, you know? It’s certainly a true testament to all the hard work and everybody, all the dedication and perseverance everybody has at Kyle Busch Motorsports to get me such a fast Cessna Beechcraft Tundra here. The guys at TRD (Toyota Racing Development) do an awesome job for us. Thanks to Toyota, Incredible Bank, Black Clover, DVX Eyewear and Rowdy Manufacturing. It’s a lot of hard work and a lot of great people and I wouldn’t be here without them.” 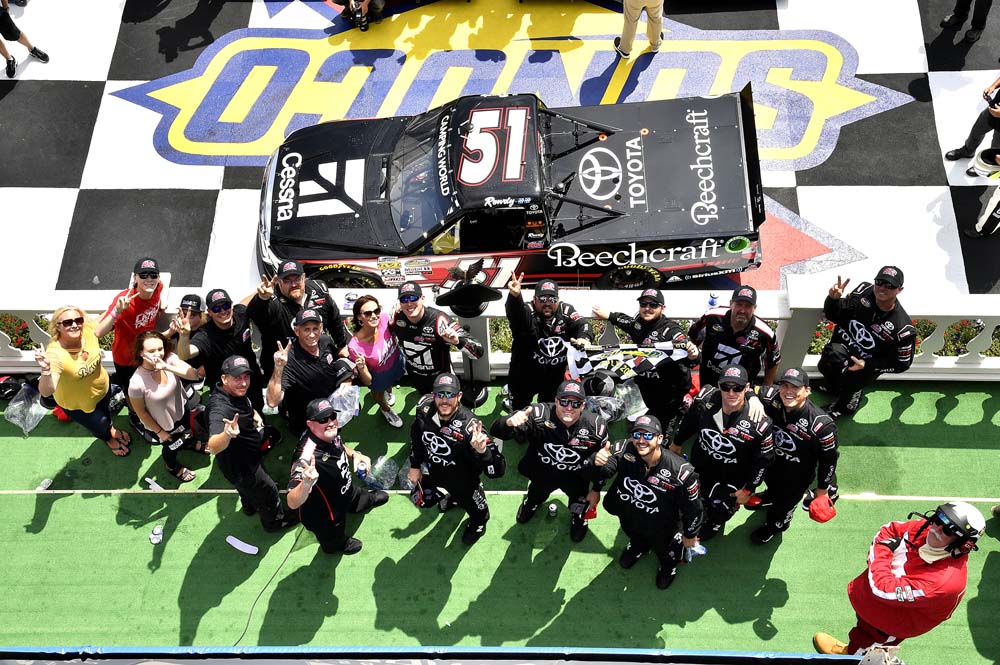 The No. 51 team remains third in the Truck Series Owner’s Championship Standings, 42 points out of first.

Spencer Davis will be behind the wheel of the No. 51 JBL/SiriusXM Tundra when racing action resumes in two weeks on Saturday, Aug. 11 at Michigan International Speedway in Brooklyn. Live coverage of the race begins at 1 p.m. ET on FS1.