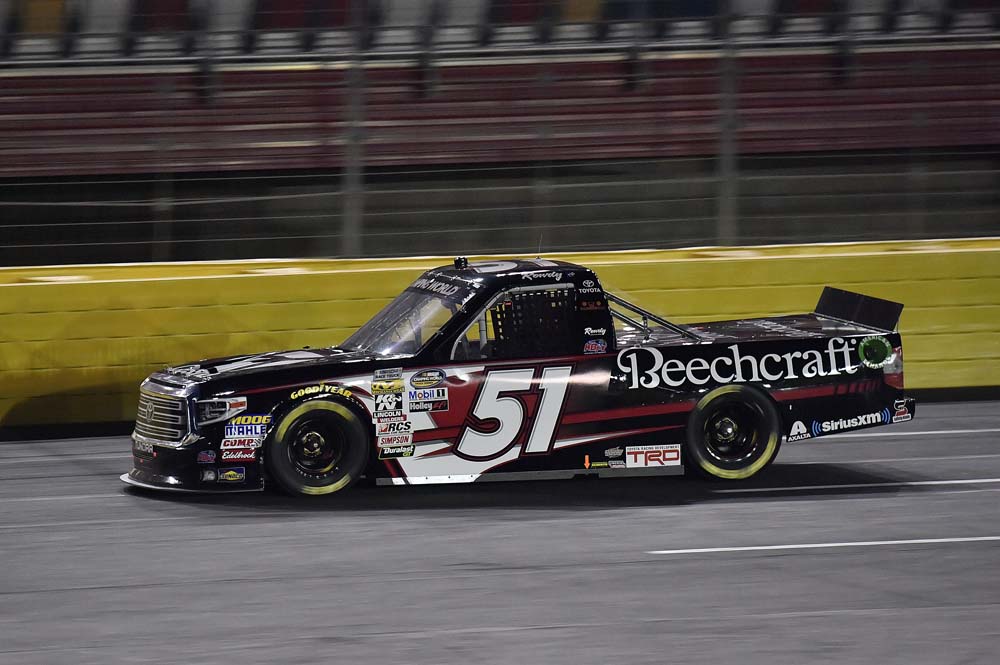 Kyle Busch hoped to celebrate his son Brexton’s third birthday in Victory Lane, but two pit road penalties and a very tight No. 51 Cessna Tundra dashed his chances. Despite the obstacles, Busch rallied to finish second for the second-consecutive race. 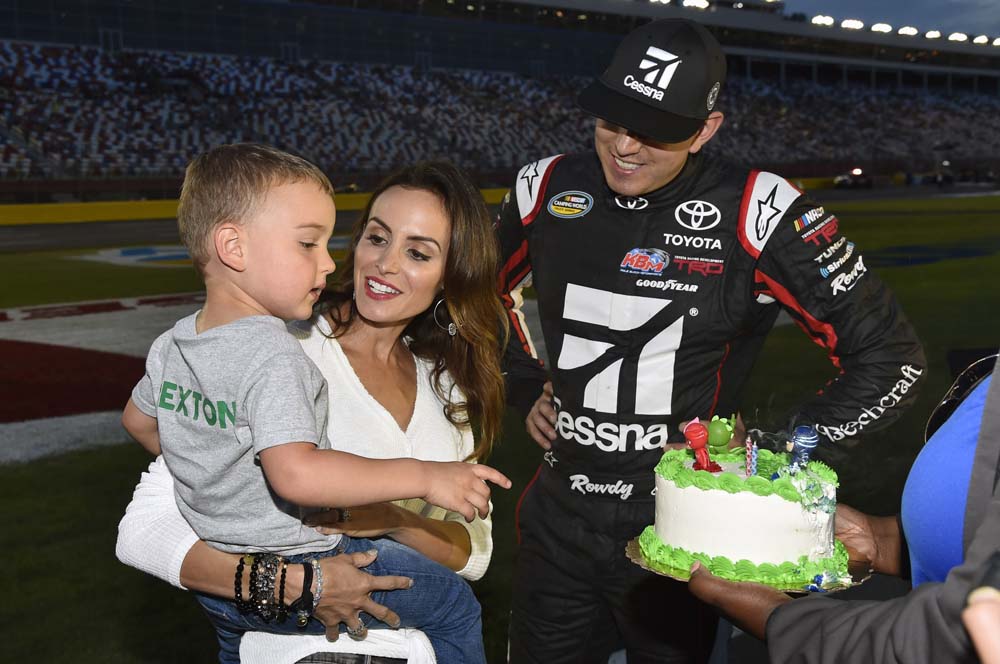 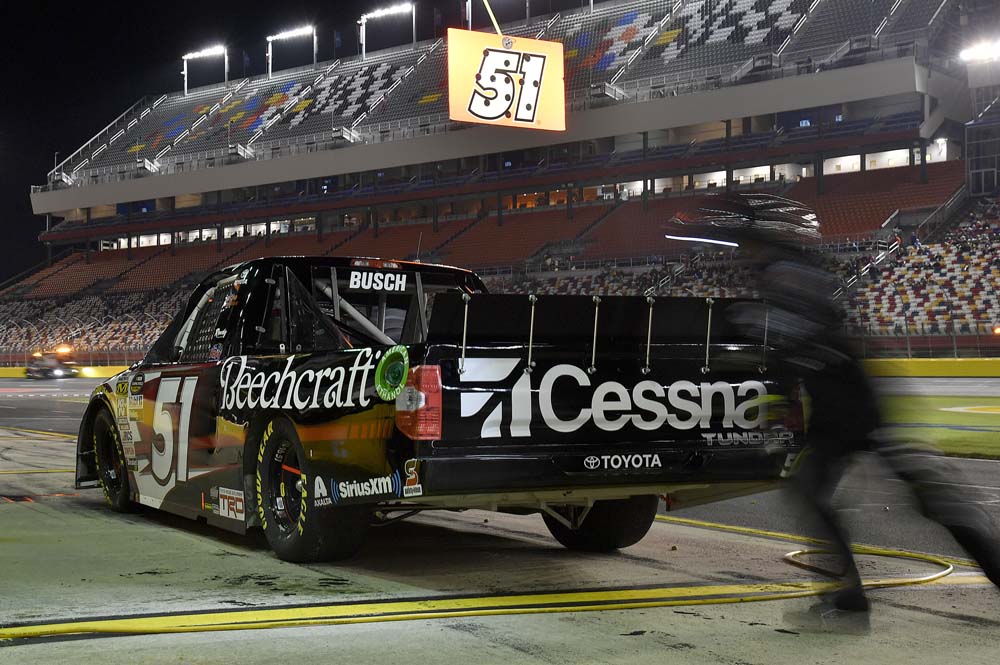 “We passed the most trucks, but if you pass the most trucks, it doesn’t matter if you can’t win the thing where you need to be, restart where you need to be. We had a really pathetic night on pit road. These trucks are terrible in traffic. You can’t pass. The splitter game is horrendous. They want flat splitters and you put flat splitters on these things and they plow.”

The No. 51 team is currently second in the Truck Series Owner’s Championship Standings, 59 points out of first.

Spencer Davis returns to the No. 51 Tundra when NCWTS action resumes on Friday, June 8 at Texas Motor Speedway. Live coverage of the race begins at 9 p.m. ET on FS1.