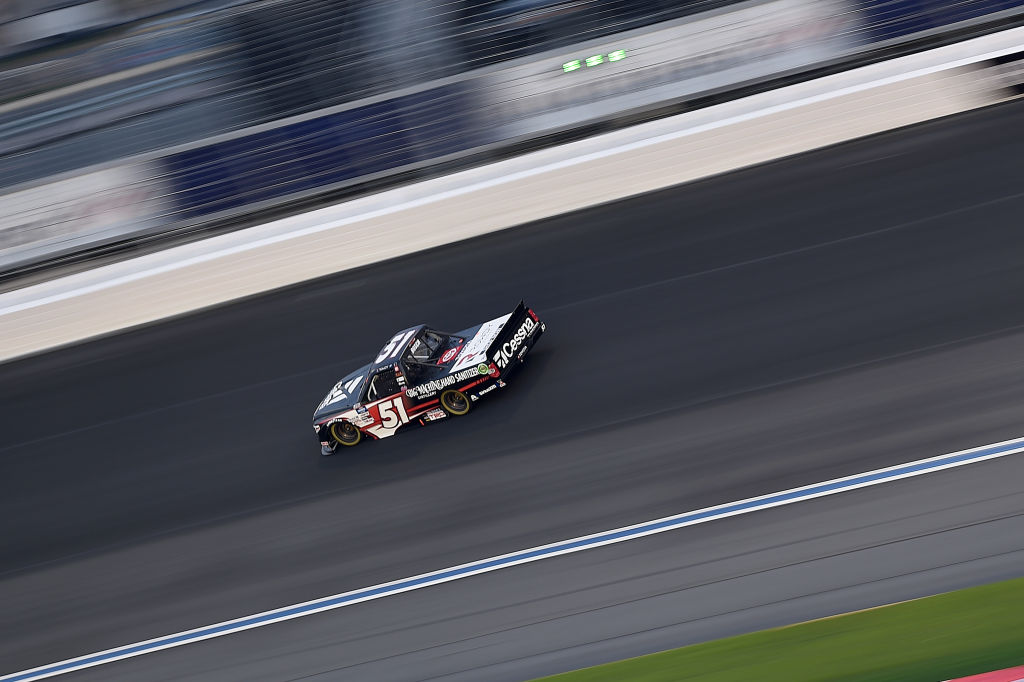 Kyle Busch and the No. 51 Cessna team had an eventful return to racing in Tuesday’s N.C. Education Lottery 200. After Busch complained of being on the splitter from the drop of the green flag, it was determined under the competition caution on lap 15 that a right-front stopper was broke. After replacing the part, Busch took the ensuing restart from the 33rd position. The handling issues during the Opening Stage would be compounded when the team revealed to Busch that he had a large cut in his right-rear tire.

Despite not having the handling he desired, Busch would make his way to the front of the field early in the Final Stage, leading 25 of the 28 laps from 69 to 96, before hitting pit road after a debris caution slowed the field for the sixth time.

The caution would be ill timed, as the majority of the field pitted during the fifth caution of the night on lap 88, but the No. 51 team had hoped that the next caution of the night would occur later in the event than it did, giving them fresh tires for the final stretch.

Despite being mired in the 24th position when the field went back green with just 34 laps remaining and eventual winner Chase Elliott restarting from the third spot, the Truck Series’ winningest driver would mount a strong comeback. “Rowdy” gained 12 spots on the restart before another caution occurred two laps later. Busch went from 12th to fifth on the ensuing restart, but then would have to methodically fight his way forward.

By the time Busch made his way into the runner-up position with 20 laps remaining, he found himself a full second behind Elliott. Determined to keep a seven-race Gander Trucks winning streak alive, Busch focused on chasing down the leader. He would make his way to within three tenths of a second with nine laps remaining but communicated that he had used his tires up trying to reel in Elliott and would cross the stripe 0.627 seconds behind him.

Can you talk about the challenges with your Tundra in tonight’s race?

“It doesn’t help showing up to the race track with broke parts on your truck. That was a problem from the get-go. Didn’t have our right-front stopper right so we were all over the splitter. We came in and didn’t know it was broke so had to fix it with a make shift piece and it was way too high. Then we tried to fix it and just never was right. We were out in left field the whole night. Never really had a great feel for the truck or a great driving truck. Just salvaged what I could.”

After three events, the No. 51 team leads the Gander Trucks owner’s championship standings by 22 points over the No. 16 team.

Busch will be back behind the wheel of the No. 51 Big Machine Distillery Hand Sanitizer Tundra when the NASCAR Gander RV & Outdoors Truck Series resumes action June 6 at Atlanta (Ga.) Motor Speedway. Live coverage of the Vet Tix/Camping World 200 begins Saturday at 1 p.m. ET on FS1.