Busch Comes Up One Short, Finishes Second at Kansas 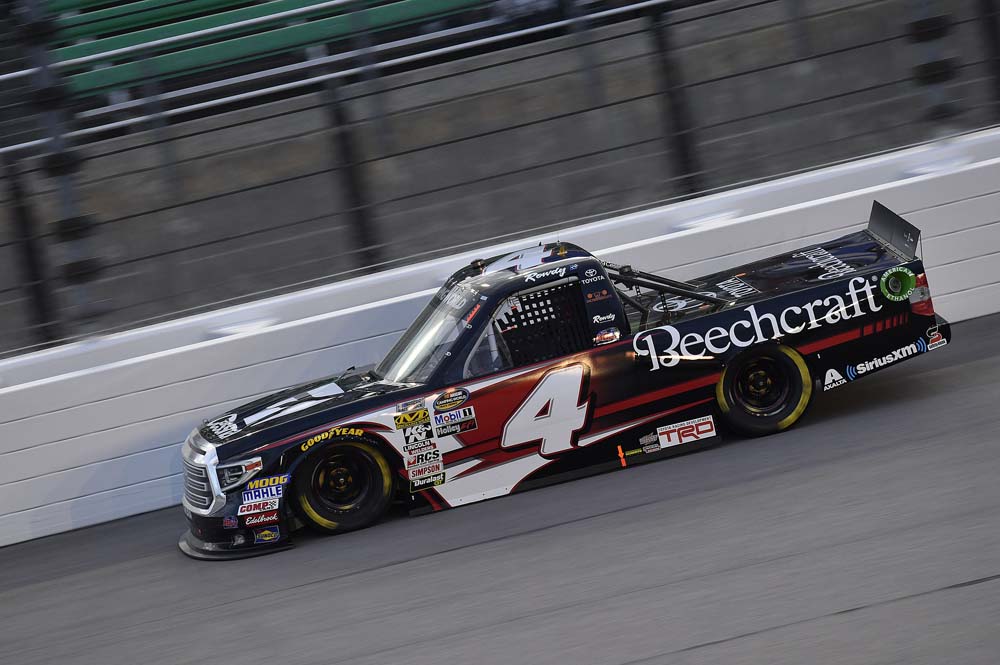 Kyle Busch came to Kansas Speedway looking to tie the record for most wins in the NASCAR Camping World Truck Series, but he came up one spot short to his KBM teammate, Noah Gragson, who took the win. Busch fought the handling of his No. 4 Cessna Tundra throughout the race, but came back strong in the closing laps to finish second. 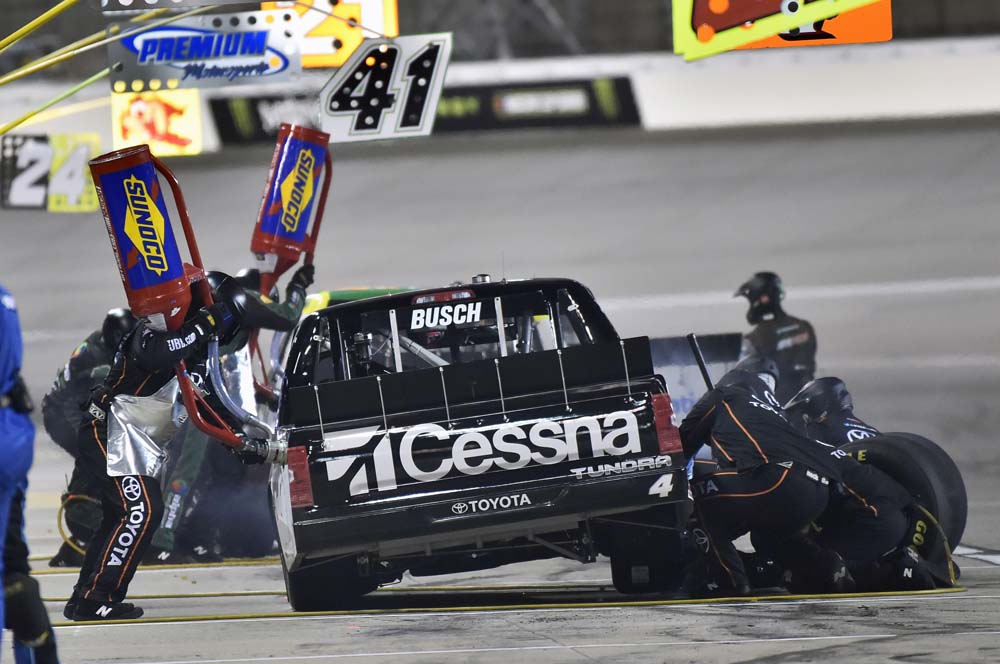 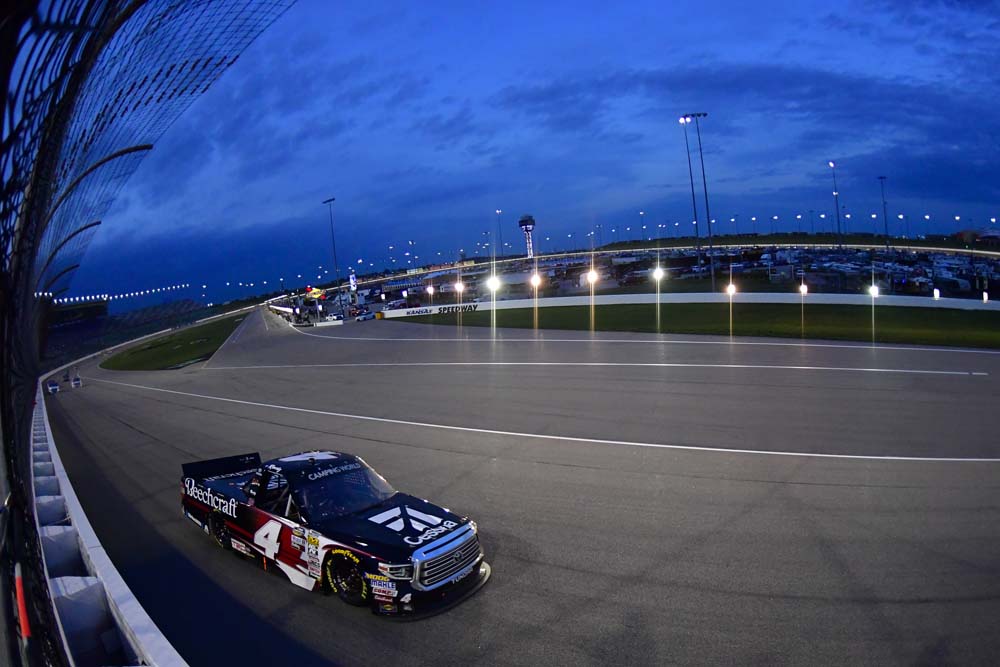 Kyle Busch, driver of the No. 4 Cessna Tundra for Kyle Busch Motorsports:

“The 18 (Noah Gragson) was coming, but if I could have got by the 52 (Stewart Friesen), when I was run through the grass, I could have gotten enough of a gap to hold the 18 off. They were faster than us and deserved to win the race. They were better than us all weekend. We just didn’t have it in this No. 4 Cessna Tundra today. I thought we were close and the truck felt better after about 15 laps, it just took too long to come in. There on that last run we didn’t make the right adjustments, we took two tires and got way too tight. Shoulda, coulda, woulda – awesome run by the No. 18 guys. They were fast and deserved it. They needed a boost and they got one. They’re going to race for a championship, so hopefully this will help them get going.”

The No. 4 team jumped up four positions to third in the Truck Series Owner’s Championship Standings, 50 points out of first.

Todd Gilliland will compete full time in the No. 4 Tundra for the remainder of the season since he turns 18 on May 15. The Truck Series returns to action next Friday, May 18 at Charlotte Motor Speedway. Live coverage of the race begins at 8:30 p.m. ET on FS1.