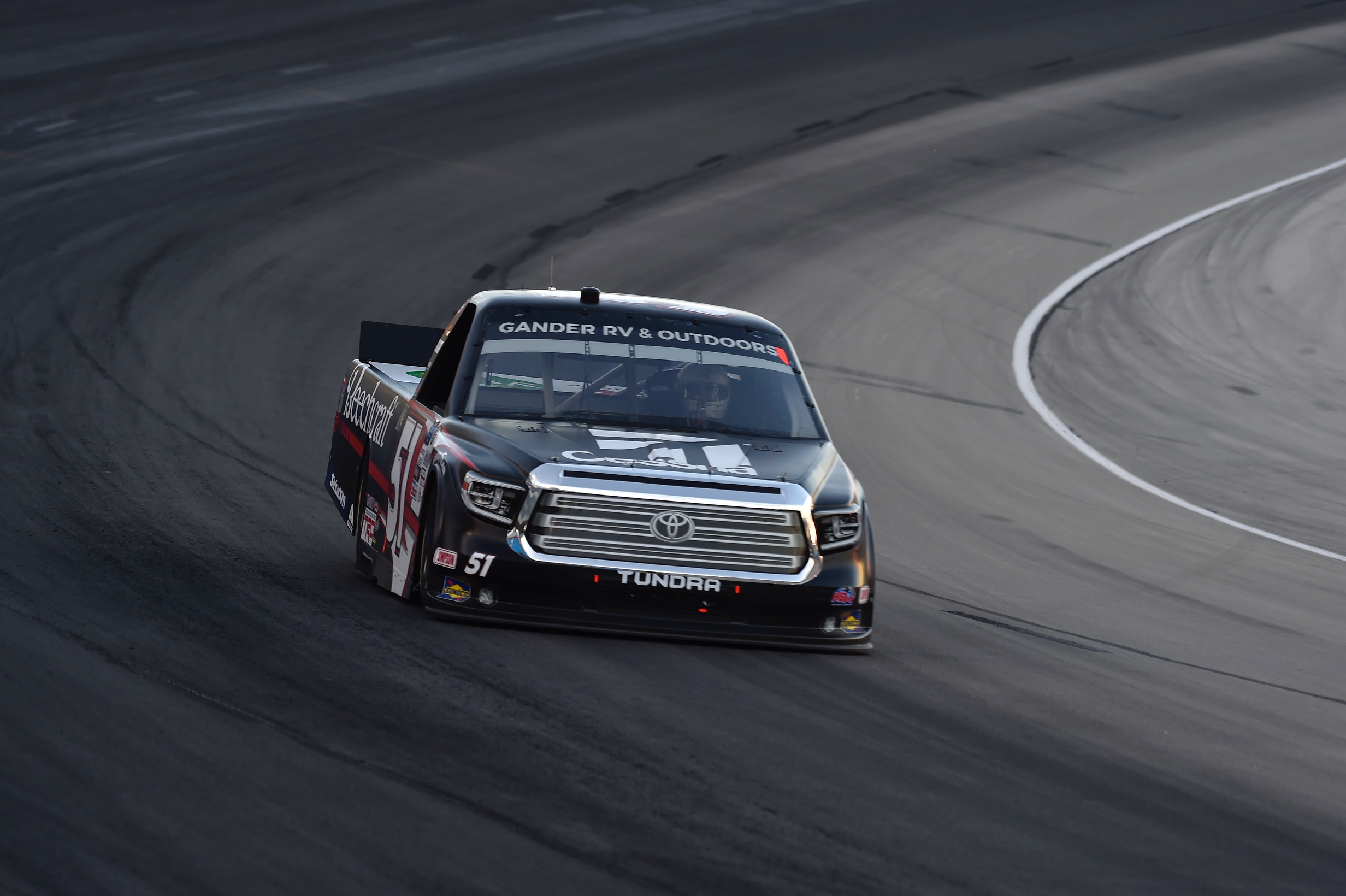 After being in a close battle with his Kyle Busch Motorsports (KBM) teammate Christian Eckes late in Saturday night’s Vankor 350 at Texas Motor Speedway, KBM owner-driver Kyle Busch showed off his veteran skills entering and exiting pit road on the final pit stop of the night under green-flag conditions to go from just behind Eckes before stops to distancing himself from the rookie by nearly four seconds when pit stops cycled through. Busch’s Cessna Tundra, which paced the field five times for a race-high 77 laps, would survive a late-race caution and subsequent restart with 10 laps remaining to cross the stripe 0.777 seconds ahead of Eckes to pick up his third NASCAR Gander RV & Outdoors Series of 2020 and record-extending 59th of his career in his final start of the season.

How was the race tonight overall and were you concerned with the late-race caution?

“We had two late cautions today – both races, but this one was a little more for real I think. Overall, just real proud of the effort by Christian Eckes and that Safelite Autoglass Tundra that he’s driving with Rudy Fugle (Eckes crew chief) and those guys. They’re getting their chemistry better and better and they challenged for a win tonight. Real proud of them, but wanted to go out on a high here with our Cessna Beechcraft Tundra. I want to thank Toyota, TRD, Incredible Bank, Rowdy Energy and all of our partners. We lost a member of Rowdy Manufacturing this week essentially, Robert Hamke, who built super late model cars across the country, but in North Carolina for year. He just passed away this week and that’s essentially what Rowdy Manufacturing is now. Our thoughts and prayers are with his family.”

How do you balance racing for the win with racing against a teammate?

“I try to be as respectful as I possibly can, but yet try to battle hard for the win. He (Christian Eckes) had a pretty good run on me there getting into turn three and almost cleared me. If he would have cleared me and slid me right there, it would have been over. Fortunately, I was able to just hang on his right rear. I try to hang on their right rear and just slow them down to make sure their progress doesn’t keep going and pass me. Once I feel like I’m even on momentum with them then I try to get away so I don’t suck them around. If I just stay on their door and stay too close, it’s obviously going to get him loose and either wreck him or wreck me or wreck both of us. You try to get away in those situations and not crash a guy.”

The No. 51 team moved back atop the NASCAR Gander RV & Outdoors Series standings. After eight races, including four wins, the No. 51 team leads the No. 16 team by 30 tallies.