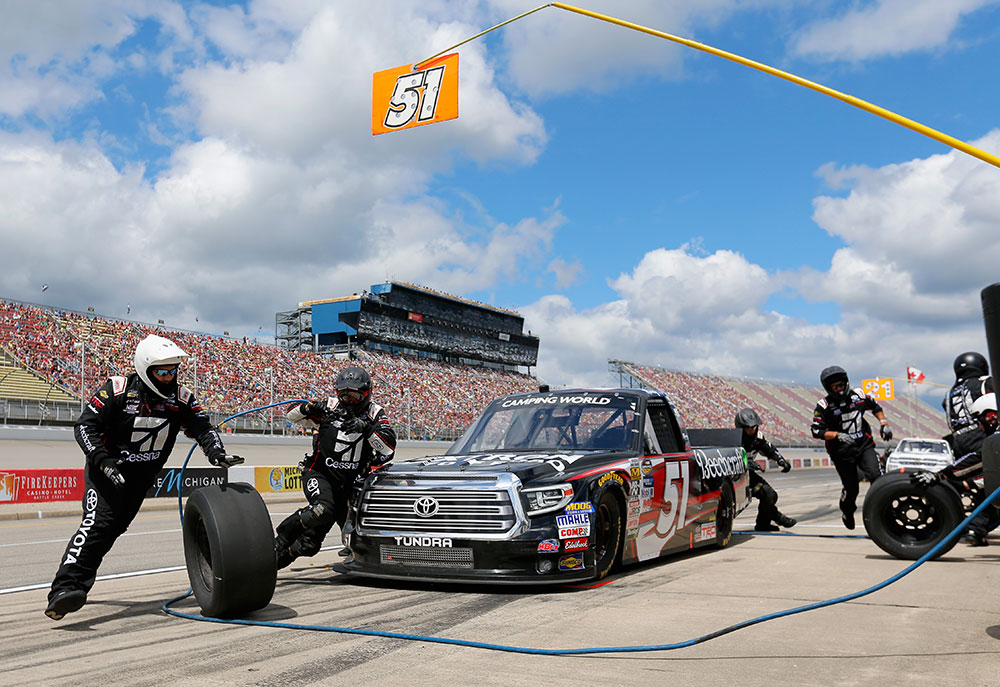 Owner-driver Kyle Busch led a race-high 47 laps in Saturday afternoon’s NASCAR Camping World Truck Series (NCWTS) race at Michigan International Speedway before ultimately scoring a third-place finish in his last race behind the wheel of the No. 51 Toyota Tundra for the 2017 season. 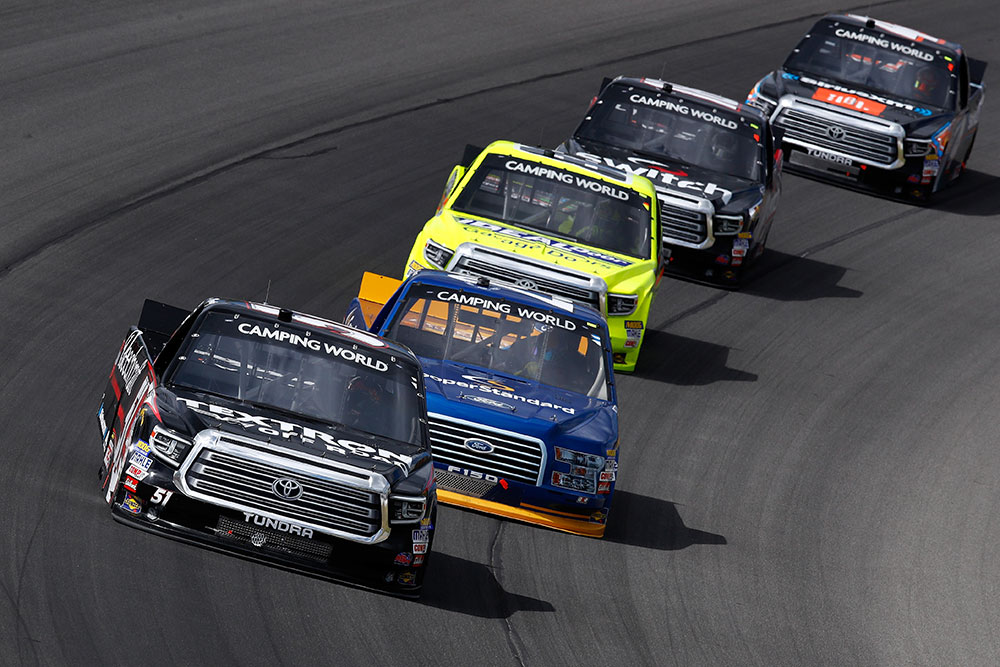 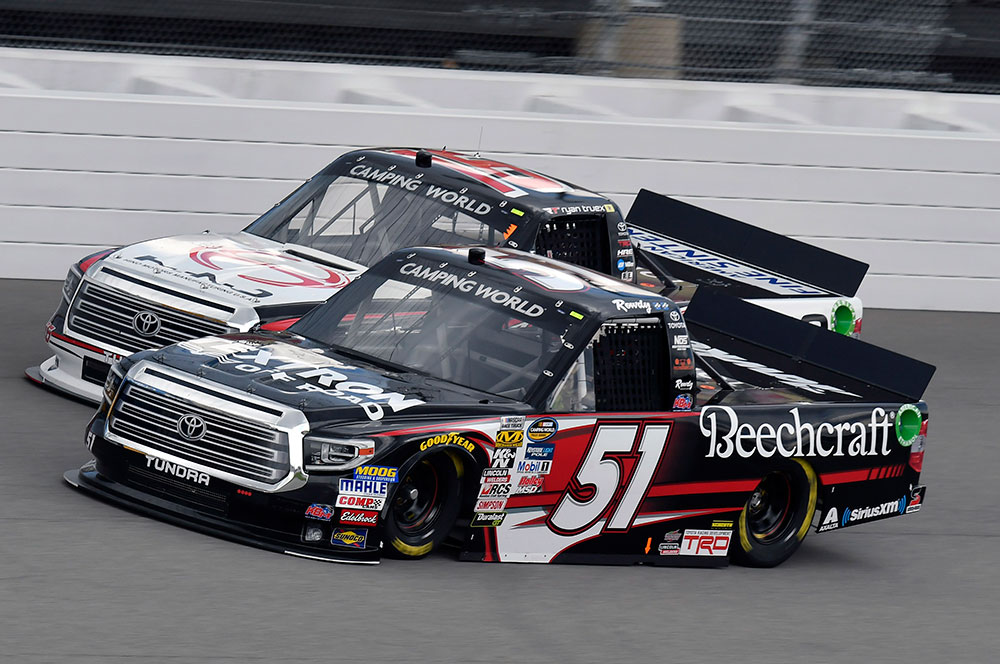 Kyle Busch, driver of the No. 51 Textron Off Road Tundra for Kyle Busch Motorsports:

What happened early in the race when you had your tire cut down?

“I have no idea what happened – there was an idiot up there that doesn’t know how to drive and that’s probably what caused it. It was unfortunate for our truck, we had a really, really fast Textron Off Road Tundra and was hopefully being able to keep our track position there and race those guys, but it was hard to make any moves and try to pass and go for the win by yourself, you always had to have help, you always had to have somebody behind you or momentum behind you to push the guy out front. Any time you got to the guy that was out front, he could just side draft you so hard that it really messed up your momentum. It kind of scrambled things there at the end, but I was trying to help the 4 (Christopher Bell) as much as I could to get him up there and he made a bold move into one and couldn’t quite get him cleared and almost got sucked around and then off of two we got cleaned up again and get up there one more time and just got the door shut on him in three. Overall, just a good day, but frustrating in the same breath.”

What happened to force you back in the field?

“Fast trucks just keep getting wrecked and we keep getting stuck back in traffic and had a hard time coming up through. Just needed more laps I guess, these races aren’t very long.”

Harrison Burton will pilot the No. 51 Toyota Tundra when the Truck Series returns on Wednesday, August 16, at Bristol Motor Speedway. Live coverage of the UNOH 200 begins with the NCWTS Setup Show at 8 p.m. ET on Fox Sports 1.