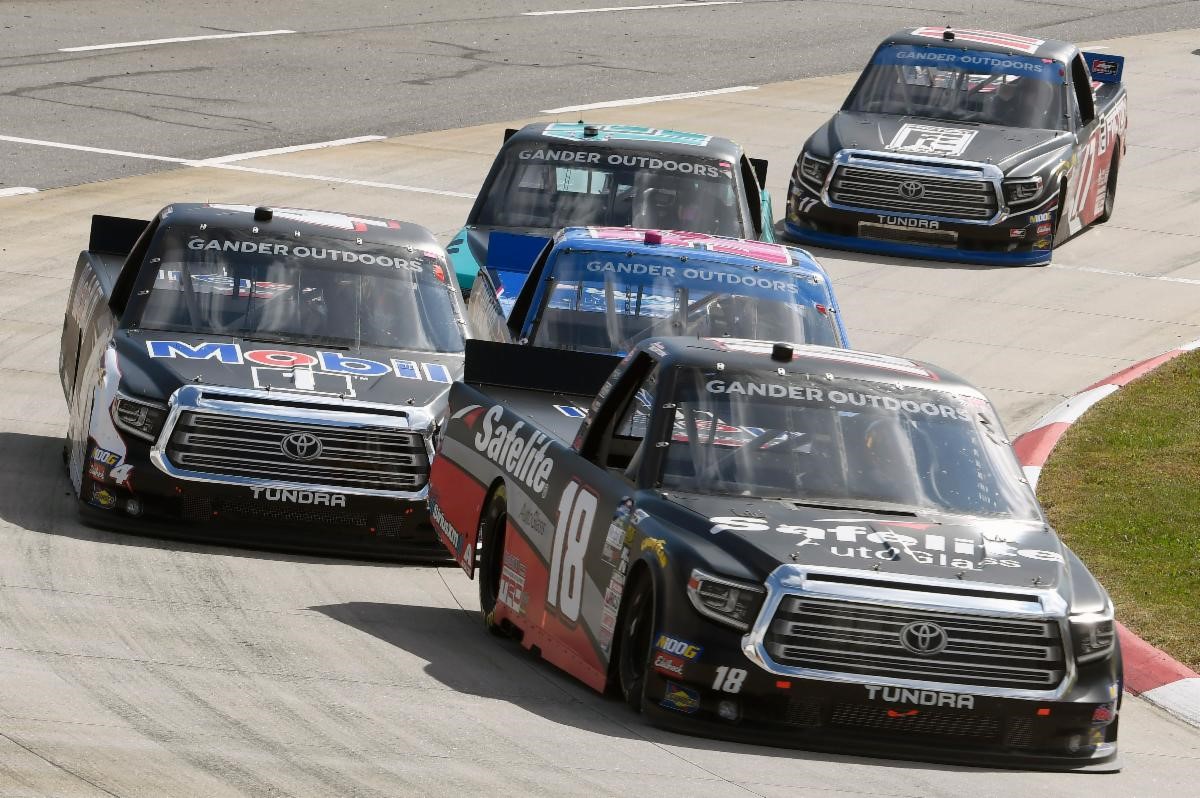 As he has done several times across 36 career NASCAR Gander Outdoors Truck Series starts, Harrison Burton had a strong run and was in line to compete for a win in the closing laps. Burton lined up third for NASCAR overtime and took the white flag in the same spot. As the field went into Tune One, Ross Chastain put the bumper to Burton’s Kyle Busch Motorsports’ teammate Todd Gilliland trying to take the lead and the top-two trucks washed up the track slightly.

Seeing a chance to collect his first Gander Trucks victory, Burton saw a window and dove to the inside of Chastain and as Chastain came down the track the two made contact. The Safelite Tundra spun around off the exit of Turn Two and would end the day with a disappointing 18th-place finish.

How close were you to being able to win today?

“We’ve been close before, but not that close. We’ve been fighting hard all year and trying to get better and I feel like we finally hit it today and just didn’t capitalize. It was a crazy Martinsville race and it didn’t come out how I wanted it to, but learned a lot and got better. We’ll go to Phoenix – we almost won there last year – and be ready to go.”

Burton fell one spot to 12th in the Gander Trucks driver point standings.

Burton will be back behind the wheel of the No. 18 Safelite AutoGlass Tundra when the NASCAR Gander Outdoors Truck Series resumes action Nov. 8 at ISM Raceway in Avondale, Ari. Live coverage of the Lucas Oil 150 begins Friday at 8:30 p.m. ET on FS1.