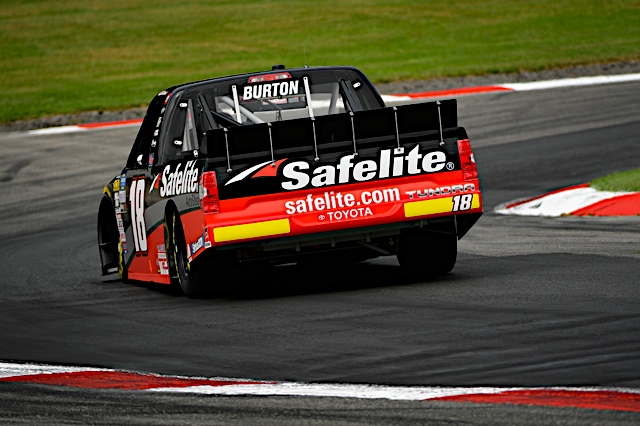 Talk about the rough finish, after running in fourth with just a couple laps to go.

“We had a pretty good run going, running fourth there at the end. Not sure exactly what happened, we just blew a motor somehow. I think a belt got knocked off somehow. Proud of our guys. They stuck with me all weekend. I’m not a road-course ace or anything, but I learned a hell of a lot and we had a good race. That’s all you can ask for. Proud of everyone at KBM (Kyle Busch Motorsports); they brought me a good Safelite Tundra. We had a good day going and it got cut short.”

Burton will be back behind the wheel of the No. 18 Safelite AutoGlass Tundra when the NASCAR Gander Outdoors Truck Series resumes action Sept. 13 at Las Vegas (Nev.) Motor Speedway. Live coverage of the World of Westgate 200 begins Friday at 9 p.m. ET on FS1.