Burton Rolls a Pair of Nines in Las Vegas 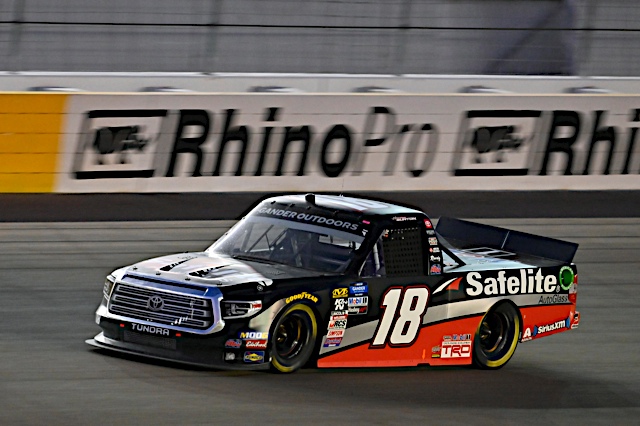 Talk about the run here in Vegas.

“Just a bummer man. It’s just not to the point that you want to be. We finished ninth. It’s not good enough. I want to win races and perform and contend for wins, and we just struggled with the balance. I don’t know why. It was weird. Right when we got it good, we would make an adjustment that I thought would tie it all together and it would completely fall apart. Just got go back to the drawing board I guess, and come back to win.”

Burton will be back behind the wheel of the No. 18 Safelite AutoGlass Tundra when the NASCAR Gander Outdoors Truck Series resumes action Oct. 12 at Talladega (Ala.) Superspeedway. Live coverage of the Sugarland Shine 250 begins Saturday at 1:30 p.m. ET on FS1.