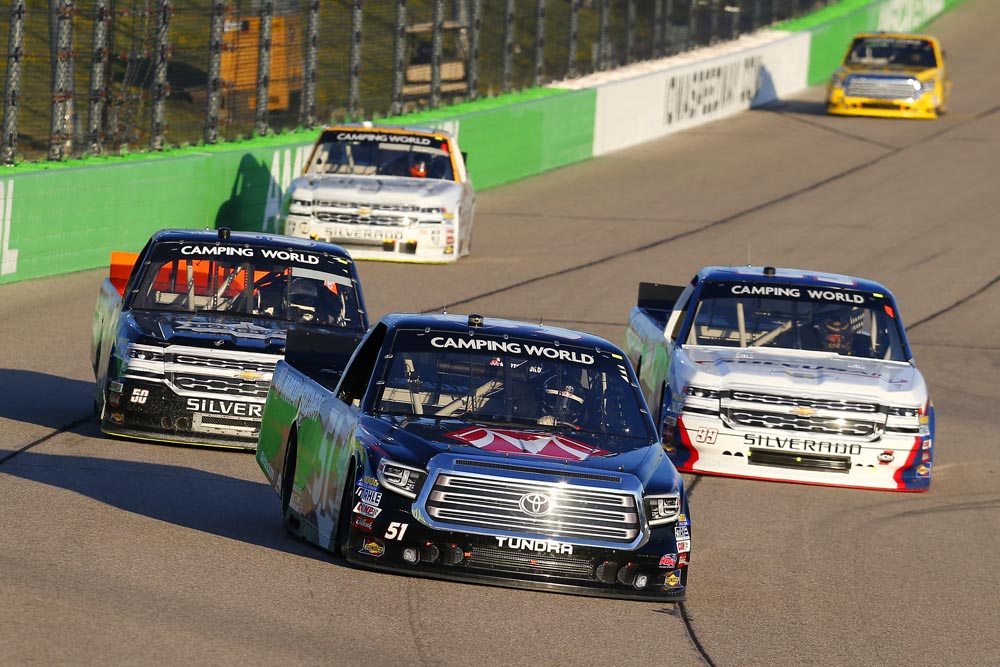 Harrison Burton, driver of the No. 51 Morton Buildings Toyota Tundra, posted his career-best finish in the NASCAR Camping World Truck Series (NCWTS) in Friday night’s M&M’s 200 at Iowa Speedway in Newton. Burton ran a strong race and was running in the top-five when an incident spun him on the last lap, resulting in an 11th-place finish. The 200-lap race was only his third 2017 start behind the wheel of the Kyle Busch Motorsports Tundra. 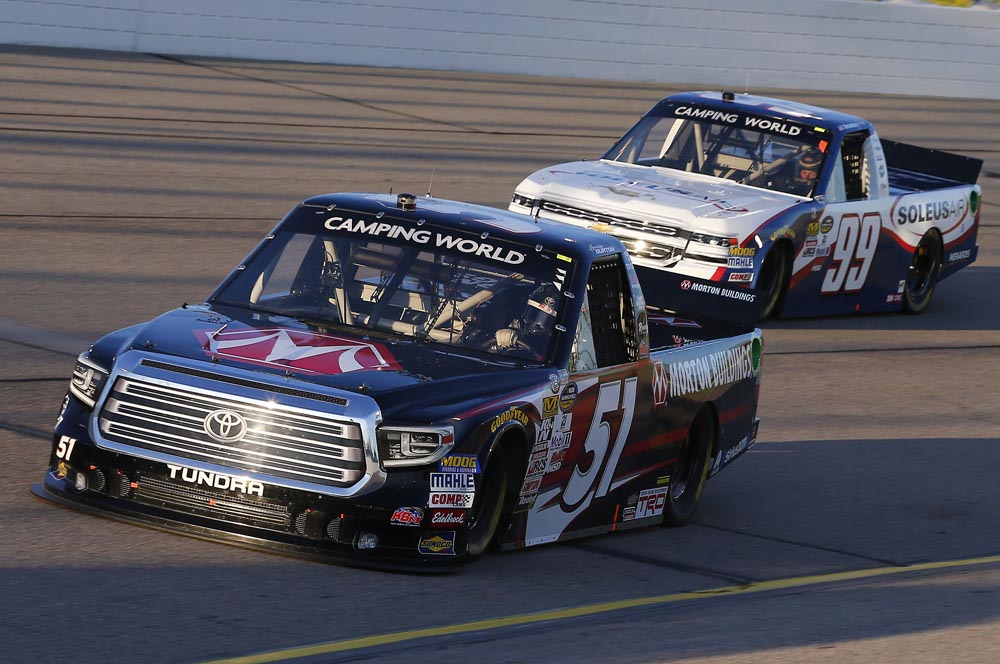 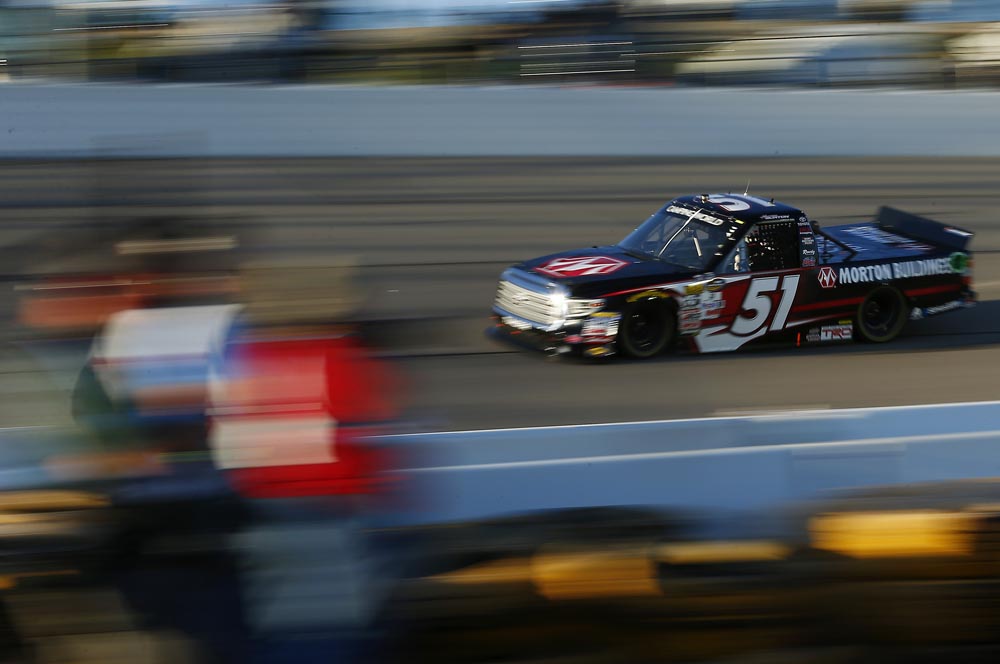 How was your race and what resulted in the last lap contact?

“Just driving really, really hard and side drafting and all that stuff and I got a little aggressive on the entry and then we were a little bit free on the last run and then a combination of the air and just me driving it a little bit too deep sent us around and unfortunately we collected the 24 (Justin Haley). You know it was the last thing I wanted was to wreck another guy, especially someone I was just racing really hard with, so had a lot of fun, but hopefully, you know, next time we’re out we’ll be able to finish where we run. I feel like I say that a lot in the Truck Series stuff is after running really, really well, we didn’t quite get the finish we deserve, but really proud of the guys. We fought all day and got myself way better as I went, so just excited for Eldora. Kind of a different animal, but going to take what I apply – you know, as much as I can – from what I’ve learned here to there and see what we’ve got.”

Myatt Snider will pilot the No. 51 Toyota Tundra when the Truck Series returns on Thursday, July 6, at Kentucky Speedway in Sparta. Live coverage of the Buckle Up in Your Truck 225 begins with the NCWTS Setup Show at 7 p.m. ET on Fox Sports 1.