Burton Learns with Every Lap and Finishes 11th at Homestead 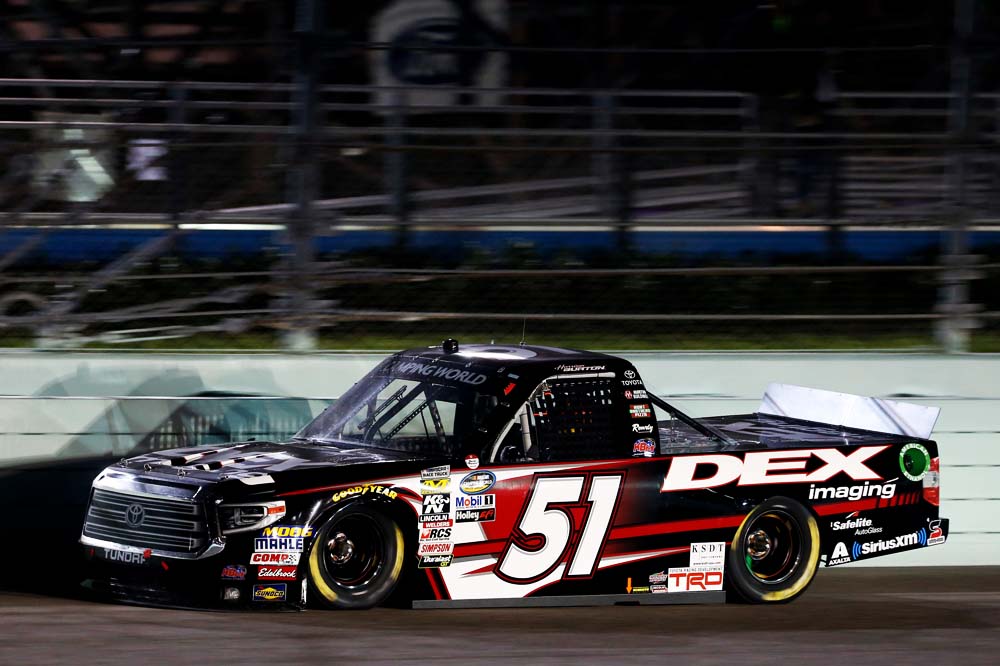 Harrison Burton made his second intermediate-track start of his career Friday night at Homestead-Miami (Fla.) Speedway. Although it wasn’t the finish he wanted, Burton ran every lap and learned a lot which he can use next season when he returns to Kyle Busch Motorsports to compete for the 2019 championship. 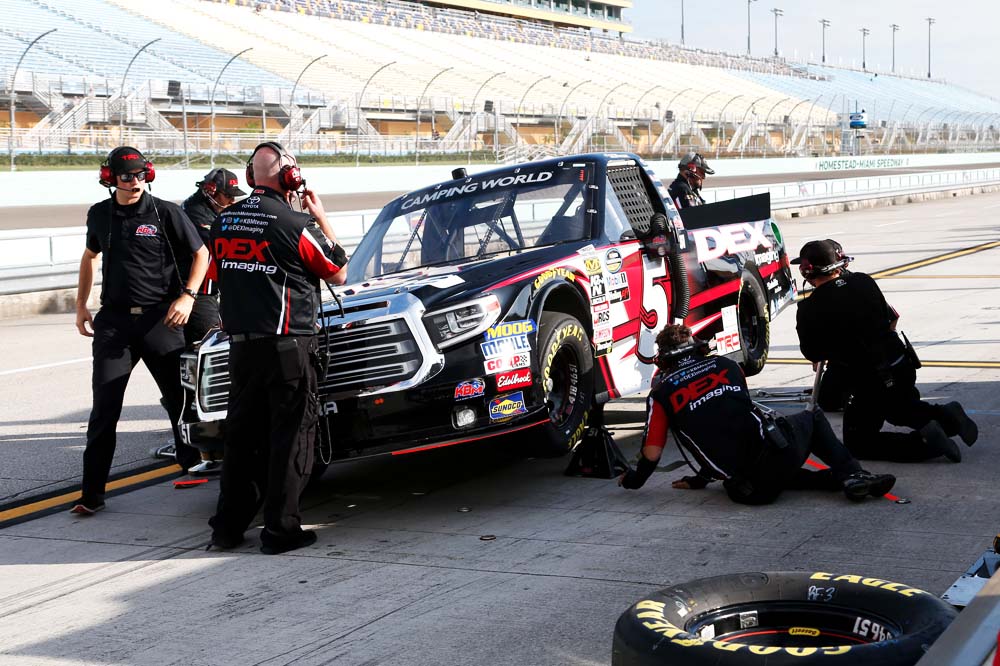 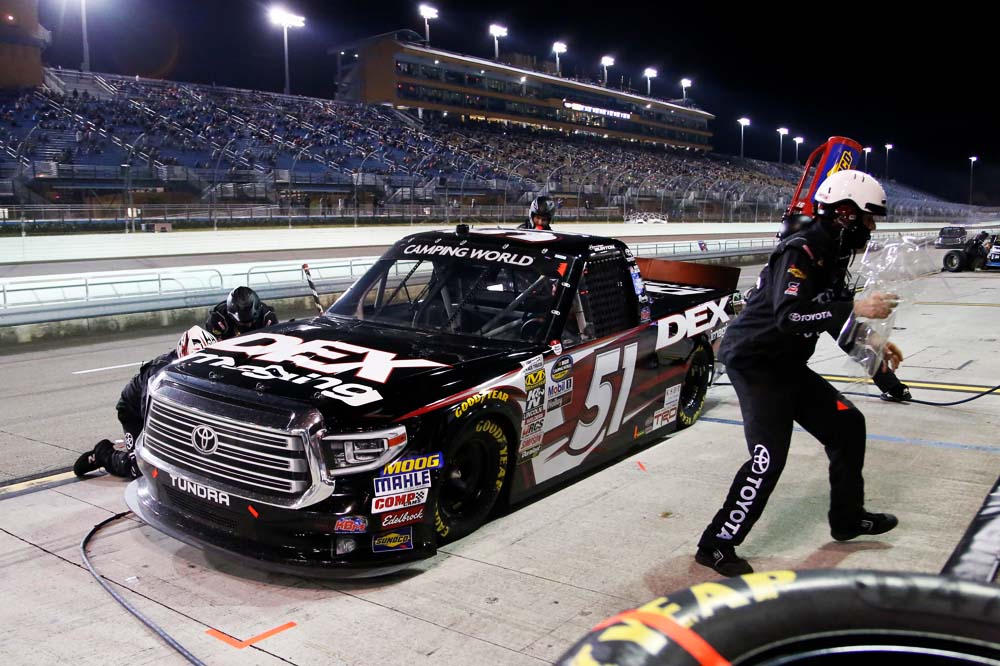 “It was not quite what we wanted. We struggled a little bit with overall speed. We were a little tight in the center, a little free up off – we were kind of all over the place with that, going tight and loose. I was trying to find the balance and tell the guys what to do. I’m just bummed out. I came here with high expectations and didn’t quite meet them. I definitely learned a lot – it’s an awesome race track. It’s probably one of my favorite tracks I run now. It’s so much fun with all the different grooves. Running all the way up by the wall, or all the way down by the bottom. It’s a fun place. I’m really thankful to have the opportunity to come here and race this DEX Imaging Tundra to learn and get ready for next year.”

The No. 51 team finished the season seventh in the Truck Series Owner’s Championship Standings.