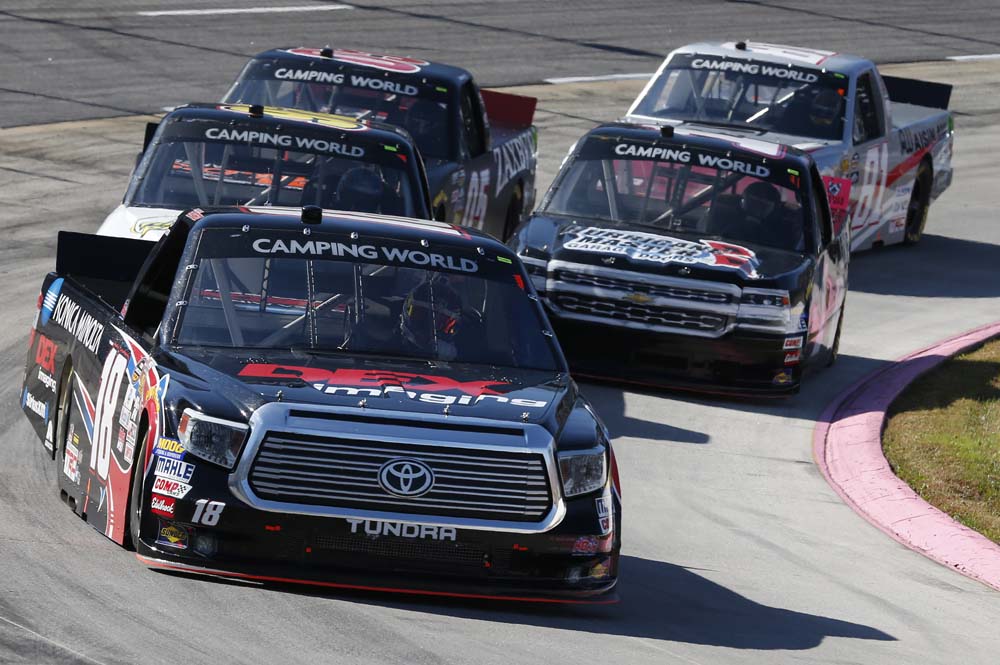 Harrison Burton made his first start in the NASCAR Camping World Truck Series on Saturday at Martinsville Speedway. Known as one of the toughest short tracks on the NASCAR circuit, Burton did exactly what he needed to do throughout the race. He ran a clean, solid race, although his 22nd-place finish was not indicative of his performance throughout the event. 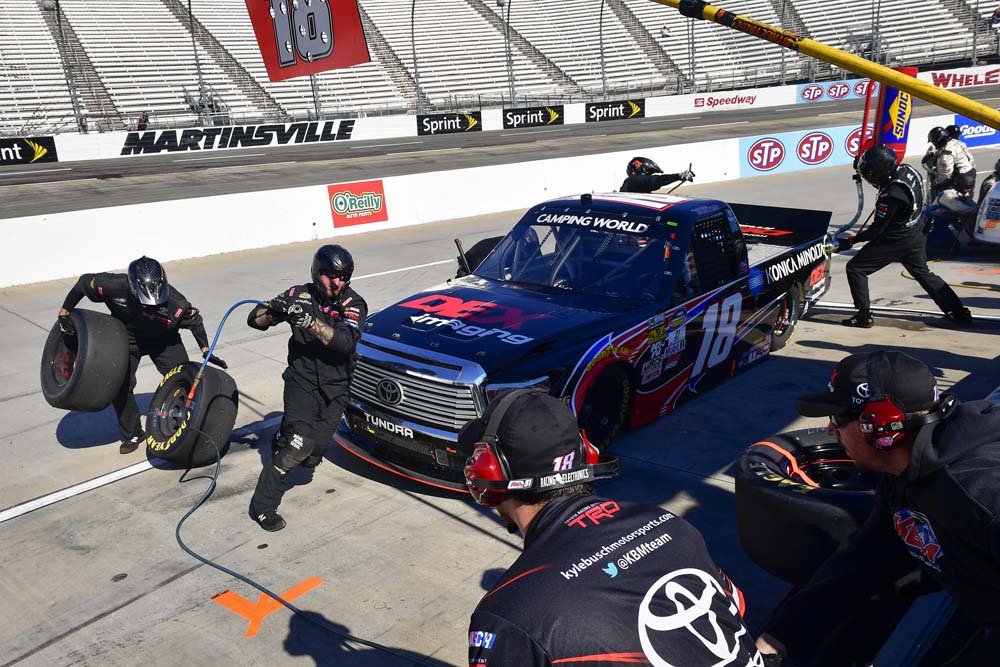 Burton qualified his No. 18 DEX Imaging Tundra in 16th and spent the first half of the race learning with every lap. After a few adjustments during his first pit stop on lap 51, Burton restarted the race in 17th place and began to methodically pick off his competitors. He was up to 14th when the next caution came on lap 109, despite the Tundra being too free. With quick work by the Kyle Busch Motorsports team, Burton gained two spots in the pits and restarted the race on the outside in 12th.

As he continued to learn and get a feel for both the truck and track, Burton was up to ninth place by lap 158. The 16-year-old was defending his position in the bottom lane when Timothy Peters hit him from behind and spun him with 38 laps to go. While trying to spin his truck around and get going, he got hung up on the curb and could not move until the field passed him to put him a lap down.

After pitting for tires and to check for any damage, Burton restarted the race 22nd. His Tundra was fast and he was passing lead-lap trucks, but until he could get his lap back he could not gain any track position. He continued fighting for the lucky dog, but the race remained under green for the final 17 laps leaving him in 22nd place.

“We had a good run going,” Burton said. “We were in the top 10 and had a typical Martinsville wreck. I was blocking to protect the bottom and got spun around after contact from behind me. I made a mistake and didn’t get the DEX Imaging Tundra spun back around before the leaders came around to put us a lap down. We came to pit road and fixed it up. We had a really good truck at the end and was passing lead-lap trucks. I was moving up through the field, but couldn’t get the lucky dog to get our lap back.

“I thought we had a really good Tundra today, if we hadn’t have gotten spun around, but that’s what happens here.”

“I’m really proud of what Harrison accomplished today,” said Wes Ward, crew chief. “He did an amazing job for his first time out in a truck and had it in the top 10 until he got spun by the 17 (Peters). I think he could have finished in the top 10, if not for that. He did everything he needed to do today. He finished the race with the truck in one piece and gained so much valuable experience.”