Burton Closes Season with a 13th-Place Finish at Homestead-Miami 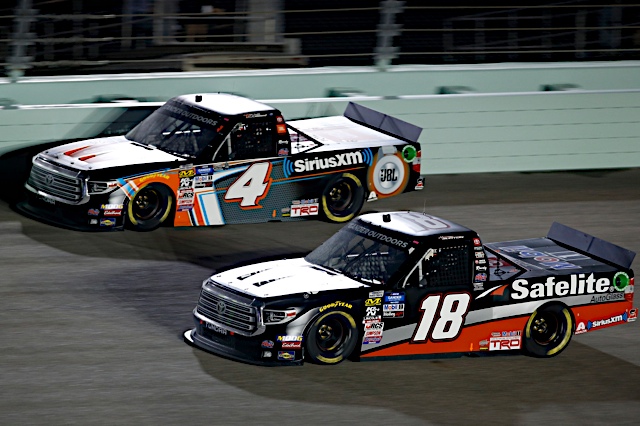 Burton closes out his rookie season 12th in the championship standings after posting seven top-five and 11 top-10 finishes across the 23-race schedule.

The NASCAR Gander Outdoors Truck Series will open the 2020 season at Daytona (Fla.) International Speedway on Feb. 14. Live coverage of the NextEra Energy 250 begins at 7:30 p.m. ET on FS1. Eckes will be behind the wheel of the No. 18 Safelite AutoGlass Tundra.