Burton Battles to a Top-10 Finish at Kansas Speedway 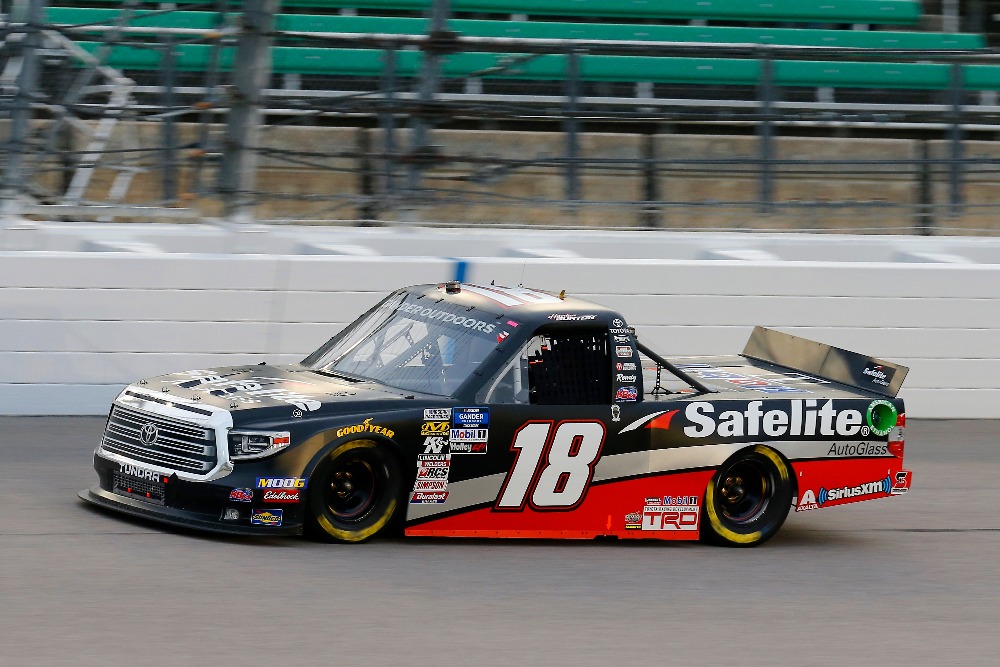 Harrison Burton battled an ill-handling Safelite AutoGlass Tundra throughout the Digital Ally 250 at Kansas Speedway, but in the end was able to earn a 10th-place finish. After qualifying third for the 167-lap event, Burton went a lap down at one point during a long-green flag run in the Final Stage of the race, but after fighting to remain in the Lucky Dog position got back on the lead lap when a late caution occurred and when the checkered flag had waved had worked his way to his second consecutive and fourth top-10 finish of 2019.

How was the race tonight?

“It was not fun. We’re just used to running better than that and we were honestly just terrible tonight. I don’t know why. Just no overall grip. In first practice, I felt really, really good about it and then in second practice it all went away and that was really, really weird. Just could never get it back from that. We tuned on it a ton and it went either way, from tight to loose, but it was just a lack of overall grip. I could have done better on my part, could have had better restarts to take advantage of opportunities and get track position. We just struggled tonight all around as a team. We’ll be back at Charlotte and hopefully get a win.”

Todd Gilliland, driver of the No. 4 Toyota, finished third

Brandon Jones, driver of the No. 51 Toyota, finished fifth

Riley Herbst, driver of the No. 46 Toyota, finished ninth

Burton fell one position to eighth in the Gander Trucks championship standings. After seven races he finds himself 65 tallies behind points leader Grant Enfinger.

Burton will be back behind the wheel of the No. 18 Safelite AutoGlass Tundra when the NASCAR Gander Outdoors Truck Series resumes action May 17 at Charlotte (N.C.) Motor Speedway. Live coverage of the N.C. Education Lottery 200 begins Friday at 8:30 p.m. ET on FS1.