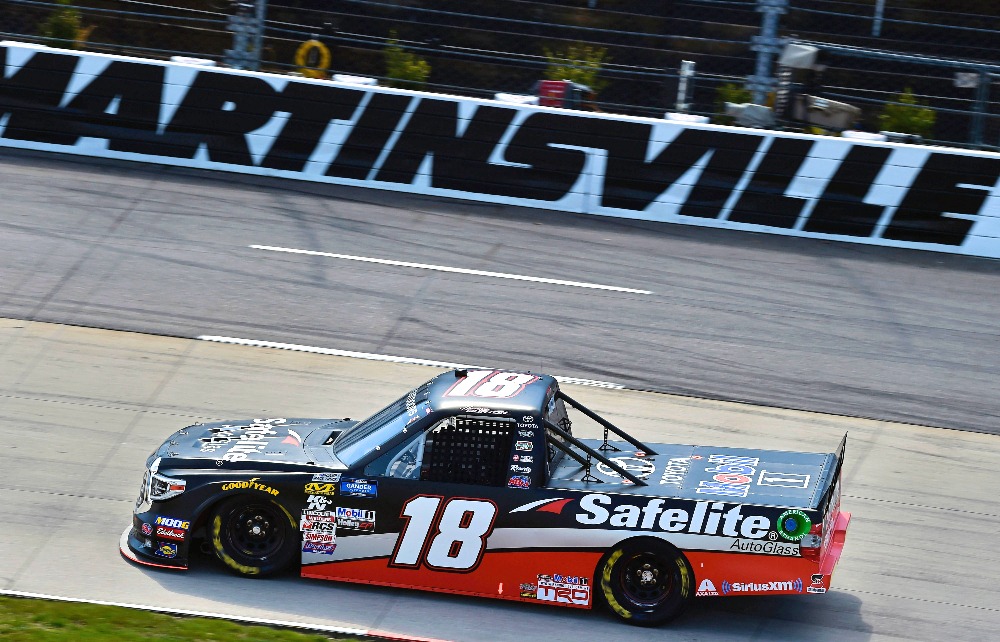 Harrison Burton and the Safelite AutoGlass team started Saturday’s TruNorth Global 250 at Martinsville (Va.) Speedway from the 18th starting position and worked their way inside the top 10 for the majority of the race before ending the day with an 11th-place finish.

“Not the day we wanted with our No. 18 Safelite AutoGlass Tundra. Everybody on the team worked hard and didn’t give up, but in the end, we didn’t produce the result we wanted. We’ve been pretty good on the mile-and-a-half tracks this year and had a solid outing last November at Texas, so we’ll go there next week and look to rebound.”

Burton will be back behind the wheel of the No. 18 Hunt Brothers Pizza Tundra when the Truck Series resumes action March 29 at Texas Motor Speedway in Fort Worth. Live coverage of the Vankor 350 begins Friday at 9 p.m. ET on FS1.