Buddy Kofoid to Drive No. 51 Toyota for KBM at Bristol Dirt Race 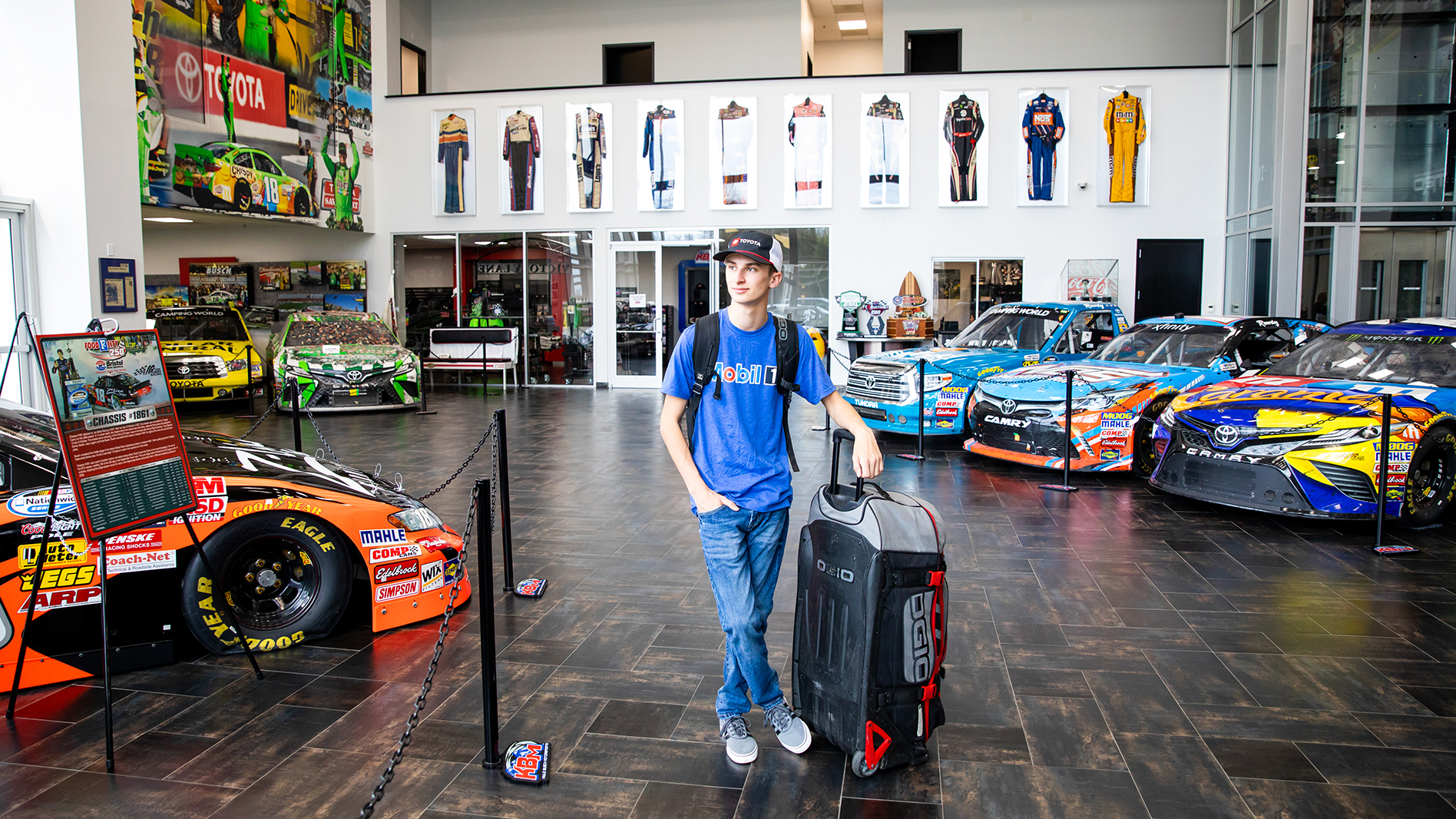 Kofoid claimed the 2021 USAC Midget National championship on the strength of six victories in that series, which included two triumphs on his way to earning the USAC Indiana Midget Week title. The budding star also scored nine feature victories in the Lucas Oil POWRi National Midget Series, won the Trophy Cup Sprint Car Race at Thunderbowl Raceway in Tulare, Calif. and won the first two nights of the Wild Wing Shootout at Arizona Speedway in San Tan Valley. In addition to his time on dirt, Kofoid began gaining experience on pavement last year running over 10 late model events, highlighted by a third-place finish in the Pro Late Model division at the All-American 400 at Fairgrounds Speedway in Nashville, Tenn.

The 20-year-old California driver is off to a strong start to the 2022 dirt season. Kofoid outdueled Kyle Larson to win his qualifying night feature and went on to finish fourth in Saturday night’s A Feature in the Chili Bowl Nationals at the Tulsa (Okla.) Expo Center. He has already scored two victories across the first three events of the Lucas Oil POWRi National Midget schedule, including Toyota’s 400th national dirt midget victory March 25 at I-44 Riverside Speedway in Oklahoma City, Oklahoma. After four events in the USAC Midget National championship standings, the reigning champion sits second in the point standings.

“Getting the opportunity to race the best equipment in the NASCAR Camping World Truck Series is a huge step in my career and I can’t thank Kyle Busch Motorsports, Mobil 1 and Toyota enough for giving me this chance,” Kofoid said. “To be making my Truck Series debut in such a unique event at an iconic venue like Bristol Motor Speedway is going to be really cool.”

For the Bristol Dirt Race, Kofoid is slated to drive the same chassis, KBM-12, that Martin Truex Jr. led 105 laps en route to victory in the Inaugural Pinty’s Truck Race on Dirt at The Last Great Colosseum last year. Buddy will have the same crew chief, Mardy Lindley, who called the shots for Truex. Jr. In addition to Truex’s win on the Bristol dirt, KBM scored two victories when the Truck Series raced at Eldora Speedway in Rossburg, Ohio. Darrell Wallace Jr. won at Eldora in 2014 and Christopher Bell won in 2015.

After four events this season, the No. 51 team currently sits fourth in the 2022 NASCAR Camping World owner’s championship standings. Corey Heim became the 17th different driver to win a Truck Series race earlier this year when he drove the No. 51 Tundra TRD Pro to victory at Atlanta (Ga.) Motor Speedway in just his fifth career start.

Kofoid will get two practice session on Friday April 15, to get acclimated to his No. 51 Mobil 1 Tundra TRD Pro before the qualifying races and the race on Saturday, April 16. Live coverage of the Pinty’s Truck Race on Dirt will be on FS1 at 8 p.m. ET.

The Mobil 1 brand is world-renowned as an early innovator of synthetic motor oils, and that legacy continues to this day. Mobil 1 advanced full synthetic motor oils keep important engine parts in excellent condition for 250,000 miles.* Tailored to engine needs and driving styles, our synthetic motor oils are there to protect your vehicle’s engine for years in daily or extreme conditions. From performance sportcars to those cars we keep driving for over 75,000 miles, there’s an oil for you.

Since debuting in 2010, Kyle Busch Motorsports (KBM) has quickly established itself as one of the most successful teams in all of NASCAR. Owned by two-time Cup Series champion Kyle Busch and fueled by his passion for winning, the organization holds the Camping World Truck Series records for most career wins (92) and most wins in a single season (14 in 2014). In addition to collecting a series-record seven Owner’s Championships, the organization has produced two championship-winning drivers: Erik Jones (2015) and Christopher Bell (2017).