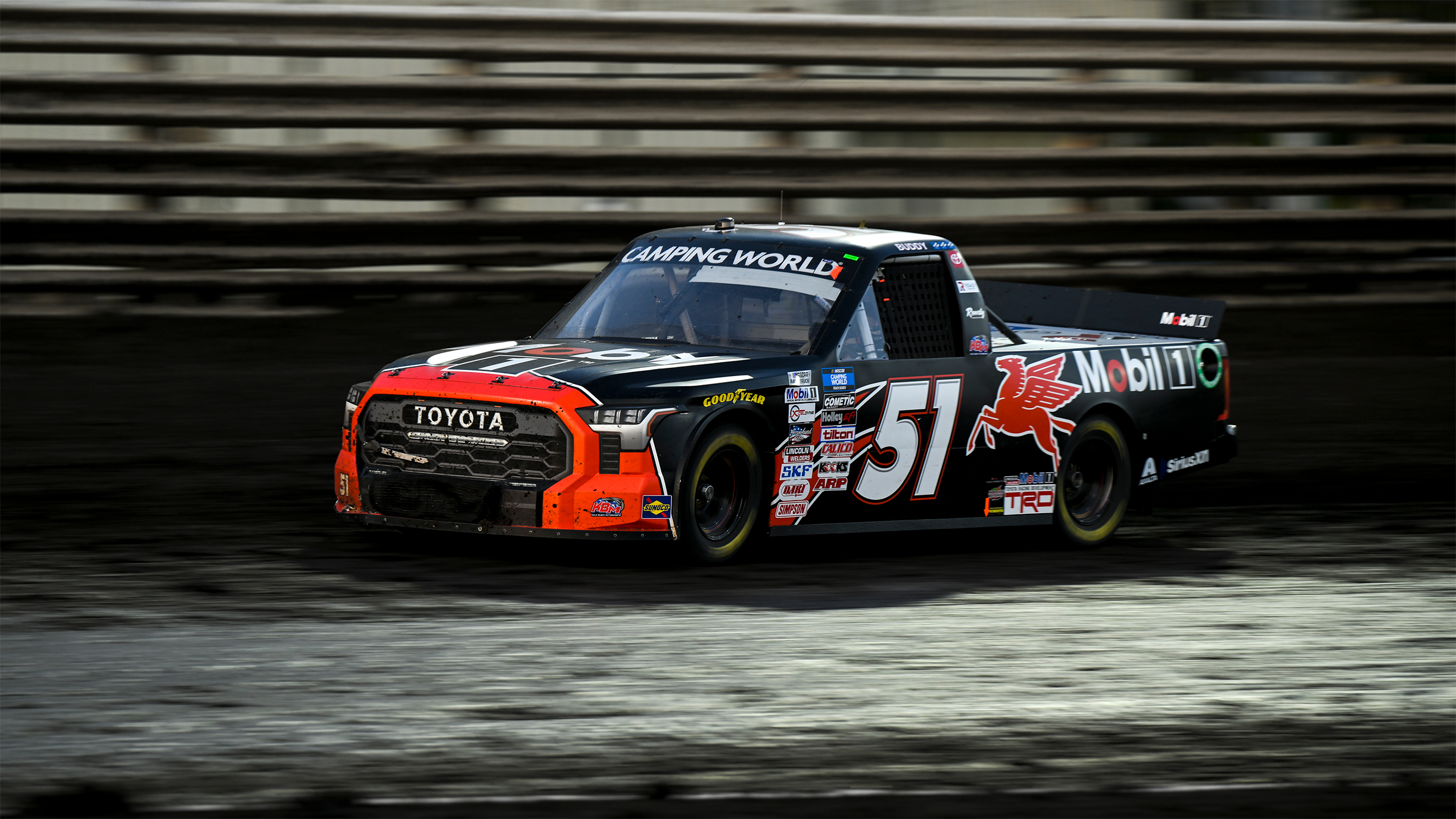 The California native dealt with handling issues for a majority of the race but found himself in the top-10 as the laps wound down in the Final Stage. On the final restart of the night, Kofoid was lined up in eighth but a three-way battle for the position bumped him back to 11th as the checkered flag came out to end the race.

Buddy Kofoid, driver of the No. 51 Mobil 1 Tundra TRD Pro for KBM

Take us through your second career Truck Series race.

“We started out really good and went fifth to second in the heat race and had a lot of good speed. Up to that point, that’s the best that I felt this weekend. In the race, we just fought being too tight and actually developed a cushion all the way around. I was able to get some good laps and get by some guys but then if I restarted on the bottom I’d lose a couple, it seemed like the top was the place to be. I just fought being really tight but was able to salvage an okay run. Again, I can’t thank Kyle Busch Motorsports, Toyota Racing, and Mobil 1 enough for supporting me and letting me do this and have some fun.”

The No. 51 team maintains their spot in seventh in the Owner’s Championship standings. They currently sit 65 tallies behind the No. 4 Kyle Busch Motorsports team in first.

Corey Heim will be back behind the wheel of the No. 51 Tundra TRD Pro next weekend at Nashville (Tenn.) Superspeedway for the second race of the Triple Truck Challenge. Live coverage of the Rackley Roofing 200 will be on FS1, Motor Racing Network and SiriusXM at 8p.m. ET.