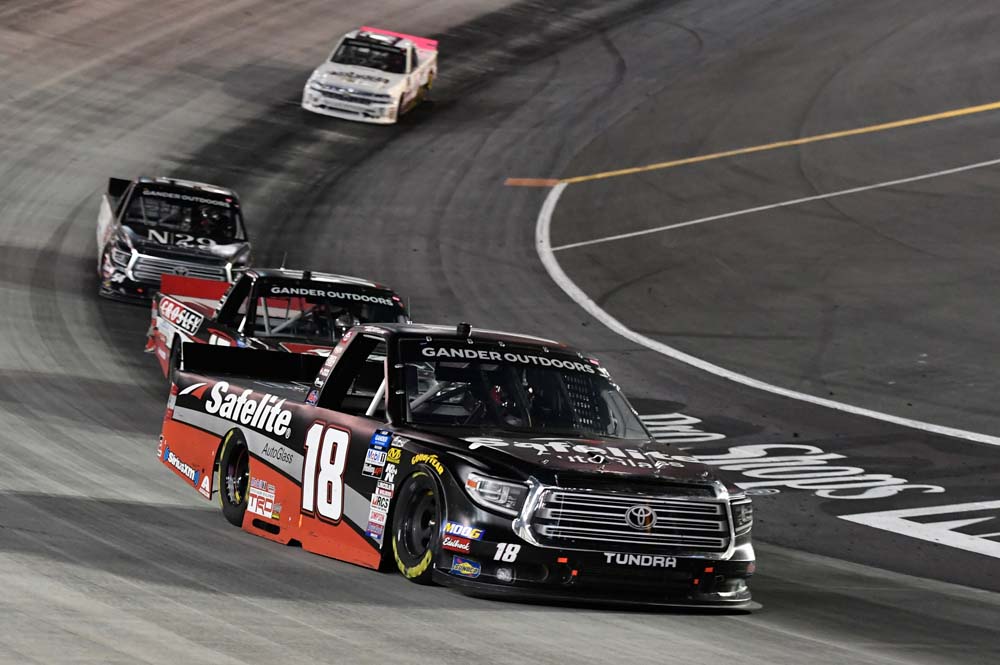 Harrison Burton and the Safelite AutoGlass team experienced a parts failure just before the end of Stage Two in Thursday night’s UNOH 200 at Bristol Motor Speedway and were forced to remain on pit road for several laps to address the issue. Burton would return to the track scored seven laps down in the 27th position. Attrition would allow the No. 18 team to gain spots in the closing laps of the race and end the night with a 23rd-place finish.

Burton will be behind the wheel of the No. 18 Safelite AutoGlass Tundra when the NASCAR Gander Outdoors Truck Series resumes action Aug. 25 at Canadian Tire Motorsport Park in Bowmanville, Ont. Live coverage of the race begins Sunday at 2:30 p.m. ET on FS1.