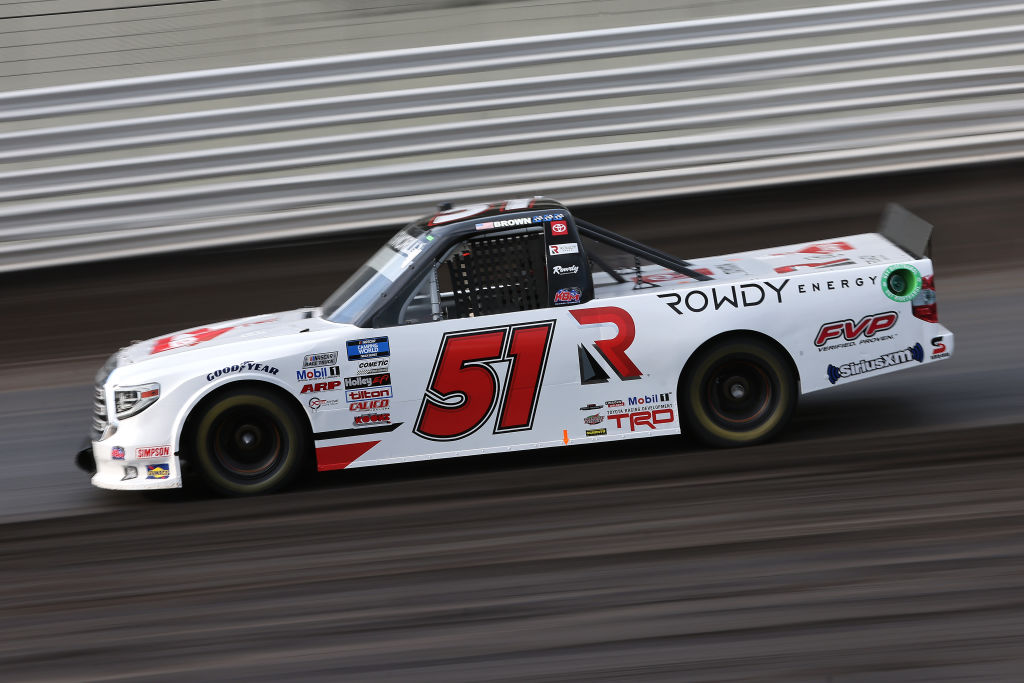 During the feature race, Brown spun twice after contact with other vehicles and at one point was two laps down, but after getting two free passes in the Final Stage survived late-race chaos and four overtime attempts to earn a top-ten finish for the No. 51 team.

Brian Brown, driver of the No. 51 Casey’s/Rowdy Energy Tundra for KBM

“I mean, what a bunch of ups and downs. We started 15th, and my biggest downfall in this type of deal is not being used to having a spotter and starting on the outside and not being able to get down, you know, inside, inside, inside, not getting down. Lost eight to 10 spots probably to get going. I felt like I clawed my way back inside the top 20, and then they called me inside, inside, and I just turned down across a guy’s nose and got spun out. I tried to work my butt off to get back up to where I was and spun out again. I think at one time we were 38th, two laps down, so to be able to come back and get a top-eight finish, never thought at that point I would, but it just shows the caliber of team KBM has and Casey’s, FVP, Rowdy Energy, Whisps Snacks, all the people who helped out and allowed me to come do this tonight. Just an awesome opportunity, KBM’s a topflight organization and you can see why they’ve won seven or eight championships. In the end we had a good points night for the 51 and hopefully I can do it again one day.”

After 14 races, the No. 51 team sits fourth in the owner’s championship standings, 133 points behind the No. 4 team.

Next Race:  The No. 51 returns to the track when the NASCAR Camping World Truck Series resumes action on Saturday, August 7 at Watkins Glen (N.Y.) International. Live coverage will be on FS1, Motor Racing Network and SiriusXM at 12:30 p.m. ET.