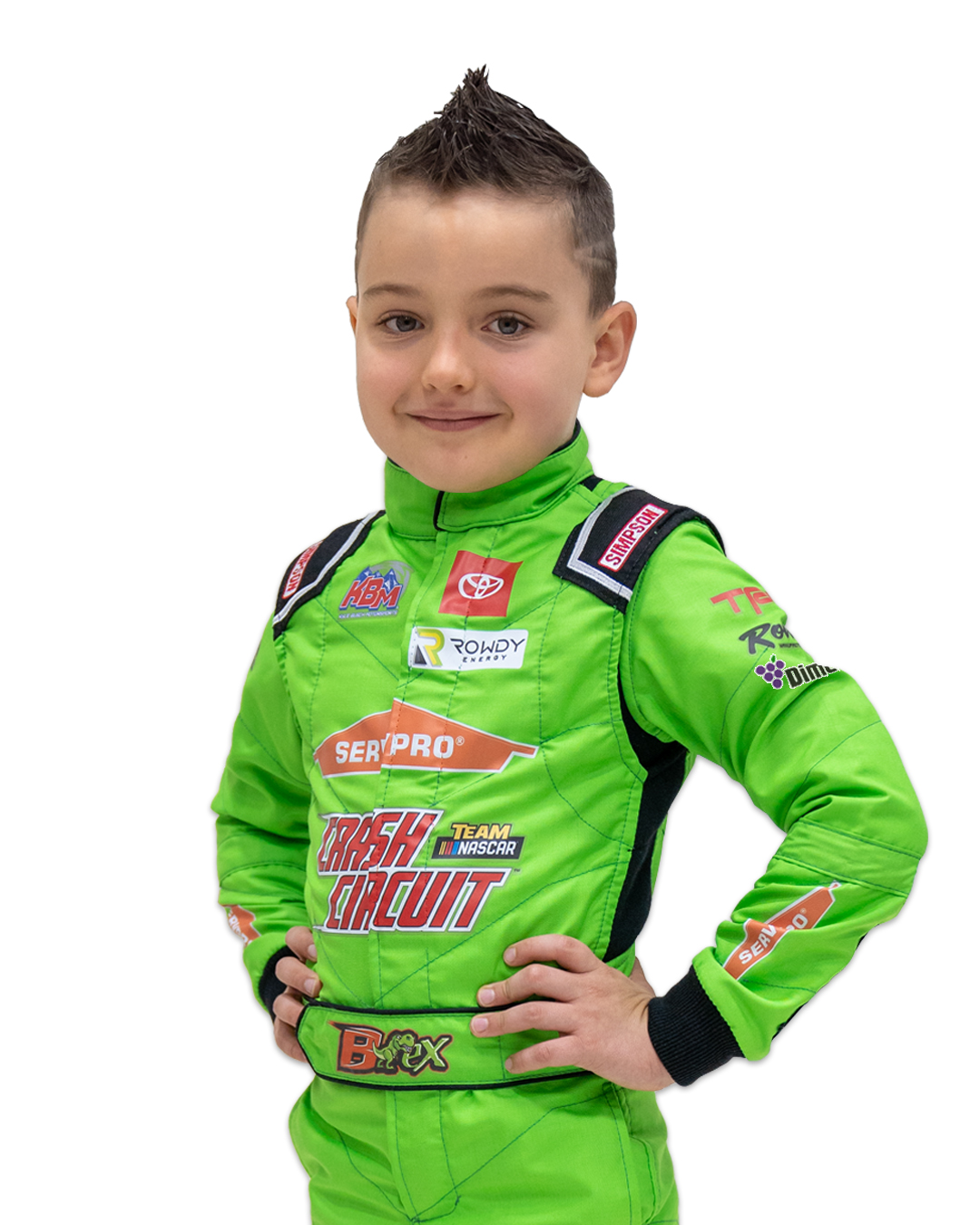 For Brexton Busch, winning races and championships is just part of carrying on an old family tradition.

The Busch’s winning ways started with Tom Busch winning numerous races and a track championship racing Late Models in Nevada. Tom passed his talents on to his sons, Kurt and Kyle Busch, who also tore up the Nevada racing scene before taking their show to the national stage. The Busch brothers have since become racing royalty with each boasting a resume that includes numerous NASCAR wins and a Cup Series championship.

Kyle, a two-time Cup Series champion and the winningest driver in NASCAR National Series history with over 220 wins across the top three divisions, has now passed on the winning pedigree to his son, Brexton. The third-generation driver began his racing career in 2020 at the age of five in the Beginner Box Stock division at Millbridge Speedway, a 1/6-mile dirt track located in Salisbury, N.C., and Mountain Creek Speedway, a 1/6-mile dirt track located in Catawba, N.C.

It didn’t take long for Brexton to carry on the family tradition of winning races. Just a month into his career, Busch picked up his first-ever victory at Mountain Creek Speedway on September 26, 2020, and hasn’t slowed down since.

2022 has seen Busch progress quickly into various styles of racecars at tracks all over the country – and success has quickly followed. In the first quarter alone, the youngster won eight races at five different tracks across four states- and in two separate style of racecars. Notable race wins happened in states as far away as Arizona and Illinois. With Busch’s experience and confidence growing, 2022 is shaping up to be an impressive year for the ambitious racer.

While Busch is expanding his skills across several styles of cars at a national level, he will continue to compete in the Beginner Box Stock division across tracks closer to home in North and South Carolina.

Previous
Next
Go to Top