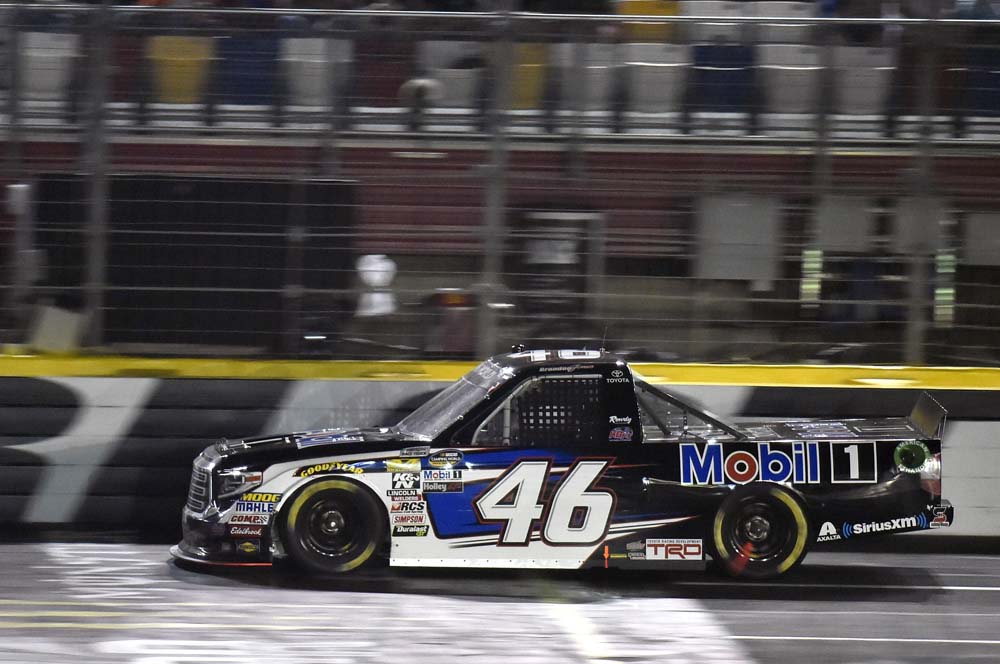 When rained washed out Friday’s qualifying session for the NASCAR Camping World Truck Series (NCWTS) N.C. Education Lottery 200 at Charlotte (N.C.) Motor Speedway and the field was set per the NASCAR rule book, Brandon Jones and the No. 46 Mobil 1 Racing team were forced to start from the 28th position. The No. 46 team, which was competing in its first race of 2018, made the field with a provisional starting spot earned when owner-driver Kyle Busch won in his organization’s fourth entry at Bristol (Tenn.) Motor Speedway last August.

Once the rain subsided and the green flag dropped Friday night, Jones methodically maneuvered his way towards the front of the field in his second of five scheduled NCWTS starts for KBM this season. The NASCAR Xfinity Series regular finished Stage One in the 13th position, Stage Two in the ninth spot and by the time the seventh and final caution slowed the field with 15 laps remaining was scored in the fourth spot.

The late race caution set up an 11-lap dash to the finish. Jones gained one position on the restart and then with six laps to go made his way around Justin Haley for the second position. Despite a feverish attempt to hold off Busch for the runner-up spot in the closing, laps the No. 46 team ended the eventful day with an impressive third-place finish. 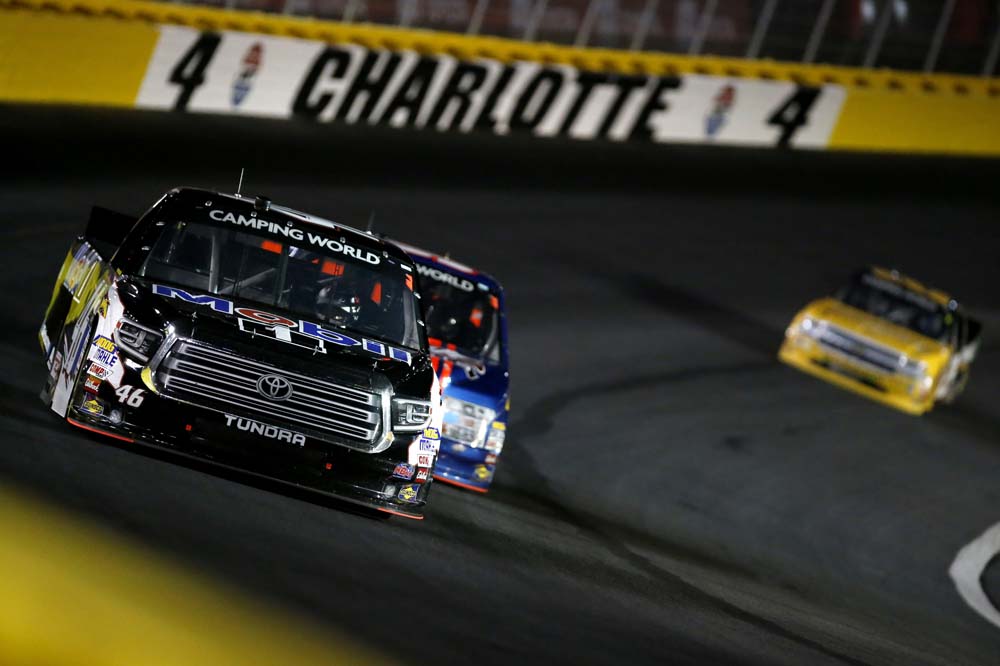 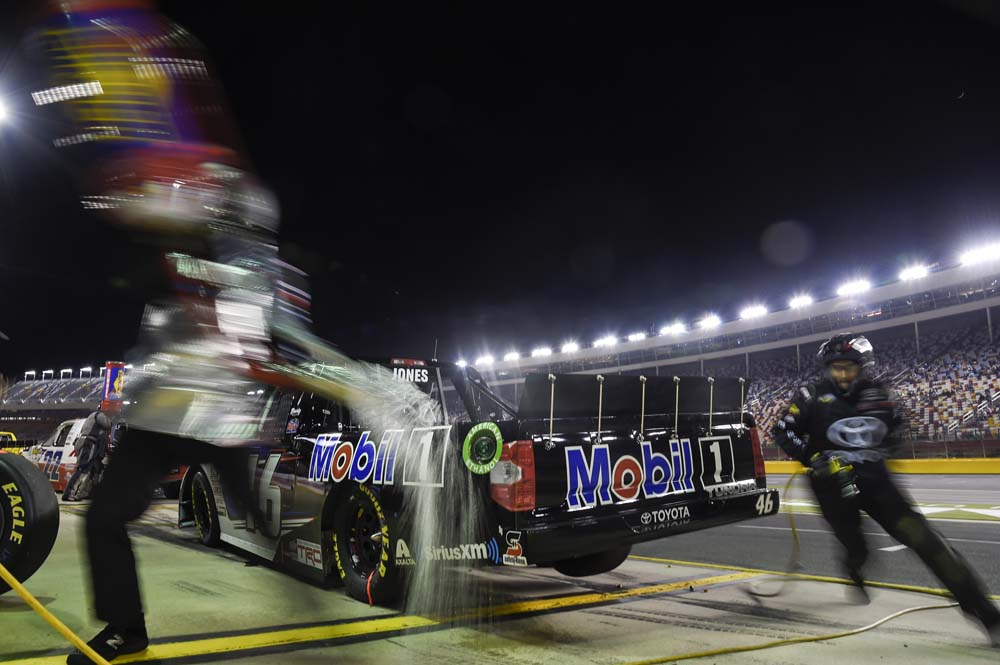 Brandon Jones, driver of the No. 46 Mobil 1 Tundra for Kyle Busch Motorsports:

Can you walk us through your run?

“It was kind of a crazy day with the rain and everything this morning. We had two practices and obviously got some track time this morning and didn’t think we were a top three truck after that. I knew we were at least a top five there. We were just a little too tight all day long. I know a couple of guys were fighting that, but when the race started – we started 28th with the one-off team with the No. 46 truck not running too much. Luckily Kyle (Busch) had a win in it last year and got us a provisional in, so that was pretty cool. Started in the back and kind of had to keep our fight all day long and worked our way up to the last segment there. It came down to two of the best in the business that finished 1-2, so it was pretty cool to race the boss man Kyle there at the end a little bit and be able to at least hold on as long as we did.”

It seems like you’ve been very consistent in Xfinity this year and now a big truck finish today. Do you think things are starting to click for you?

“Yeah, absolutely. I think there’s a lot of effort right now going on with myself, especially with our Xfinity program. Chris Gabehart, the crew chief on that car. has been doing a really good job of teaching me a lot of things and getting my racing IQ up. We’ve been having a lot of meetings and having a lot of simulator time at TRD, so we’ve been putting 24 hours into it just about every single day this entire year. It’s starting to pay off here little by little. We’re starting to work ourselves into the top five. I had a couple shots a few weeks ago to really run well. I’ve been running up front in that car. All in all, I think things are turning around for us. I think we’ve got some momentum built up. Looking forward to coming here next week in the ARCA car and in the Xfinity car. I learned a little bit from tonight, that’ll help us for next week.”

Jones next race with KBM will come in the No. 51 Tundra June 29 at Chicagoland (Ill.) Speedway. The next race for the No., 46 team will be June 16 with Christian Eckes making his NCWTS debut behind the wheel of the Mobil 1 Tundra at Iowa Speedway in Newton.