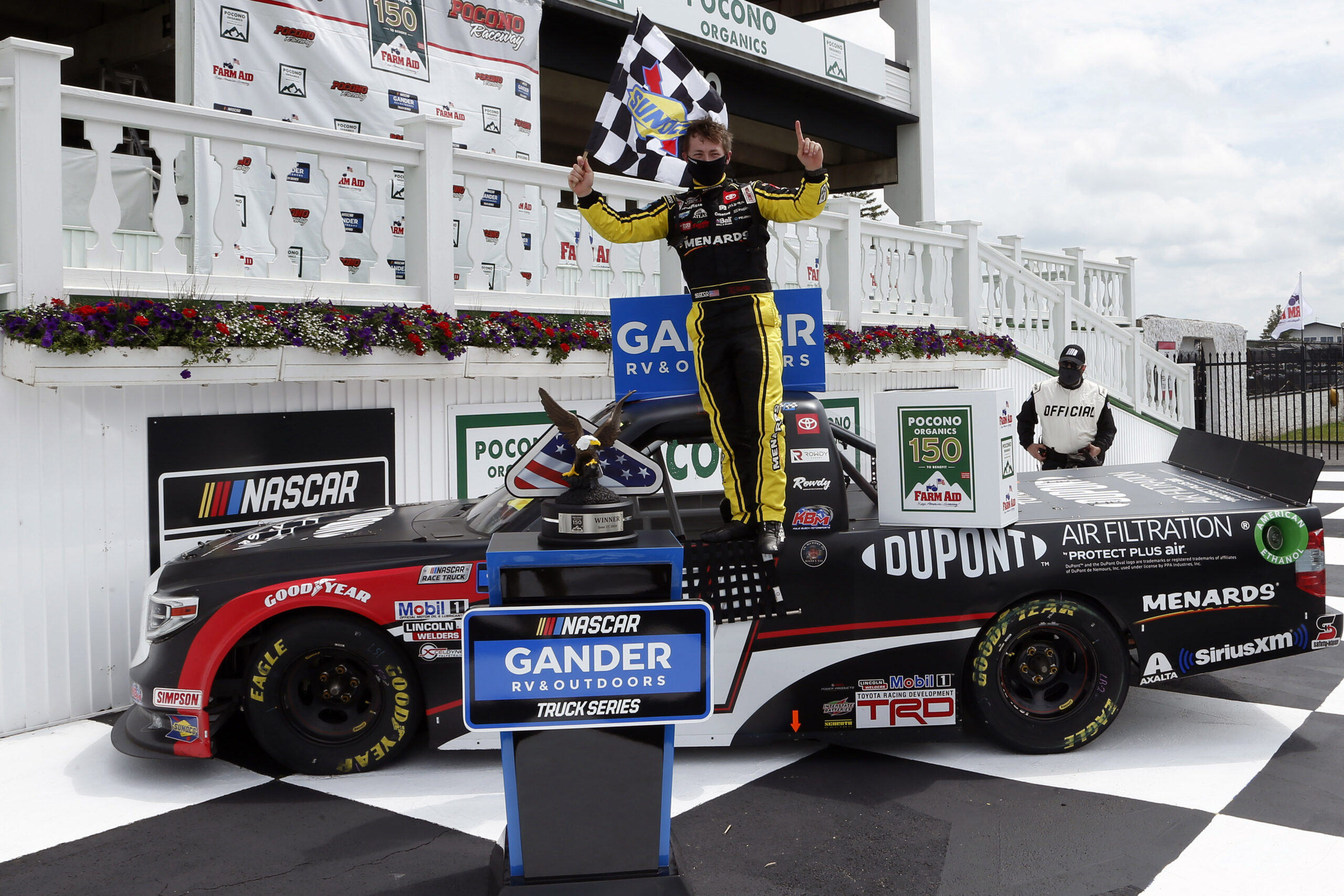 Brandon Jones, driver of the No. 51 Tundra for Kyle Busch Motorsports:

Talk about the battle with your teammate and with Sheldon Creed in the closing laps.

“First off, everyone that makes this possible for me to come and play in this Truck Series – when I first started racing in my life, I saw the 51 late model and said I wanted to race with Kyle Busch Motorsports one day and win races. We finally did it. We’ve been close in the past. Menards was on our Tundra, Dupont and those guys do so much for us in our sport. That was a heck of a battle and I know it was fun to watch on TV. It was really fun for me there. Got a heck of a push there from the 38 (Todd Gilliland), that was really fun. All in all, great day and I’m pretty pumped. Got another one too so maybe we can get it done.”

What is the pressure like from Kyle Busch knowing the expectation is to get in this truck and win?

“It’s not really that much pressure honestly. I think there’s so much that he (Kyle Busch) provides for us. We were all on a call with him last night after the Cup race and he gave us so much information that led to this in today. It’s a group effort and I can’t do it by myself, I have to have all that stuff to tie the pieces in.”

After six events, the No. 51 Tundra ranks first in the Gander Trucks owner championship standings, 12 points ahead of the No. 16 Hattori Racing Enterprises entry.

Chandler Smith will be back behind the wheel of the No. 51 Tundra when the NASCAR Gander RV & Outdoors Truck Series resumes action July 11 at Kentucky Speedway. Live coverage of the Buckle Up In Your Truck 225 begins Saturday, July 11 at 6 p.m. ET on FS1, Motor Racing Network, and SiriusXM.