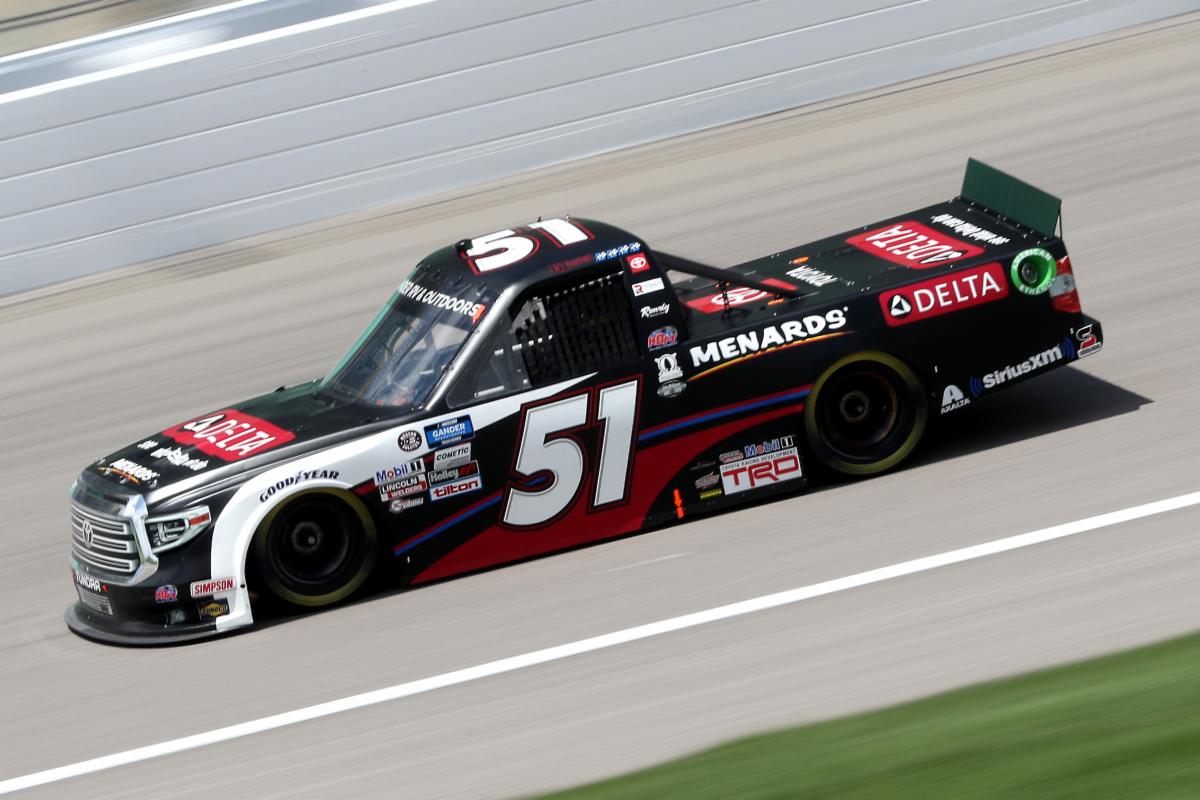 Making his third start of the season for Kyle Busch Motorsports(KBM), NASCAR Xfinity Series regular Brandon Jones registered and eighth-place finish in Saturday’s NASCAR Gander RV & Outdoors Series event at Kansas Speedway. Jones made his way inside the top-five late in the race after crew chief Danny Stockman called for a fuel-only stop in an effort to gain track position, but handling issues wouldn’t allow him to advance further in the closing laps.

Jones who also raced for KBM on Friday night, participated in his third race across a 24-hour span in the Xfinity Series race at Kansas Saturday afternoon.

The No. 51 team ranks second in the Gander Trucks owner’s championship standings. After 10 events, including four victories, they trail the No. 16 team by four points.